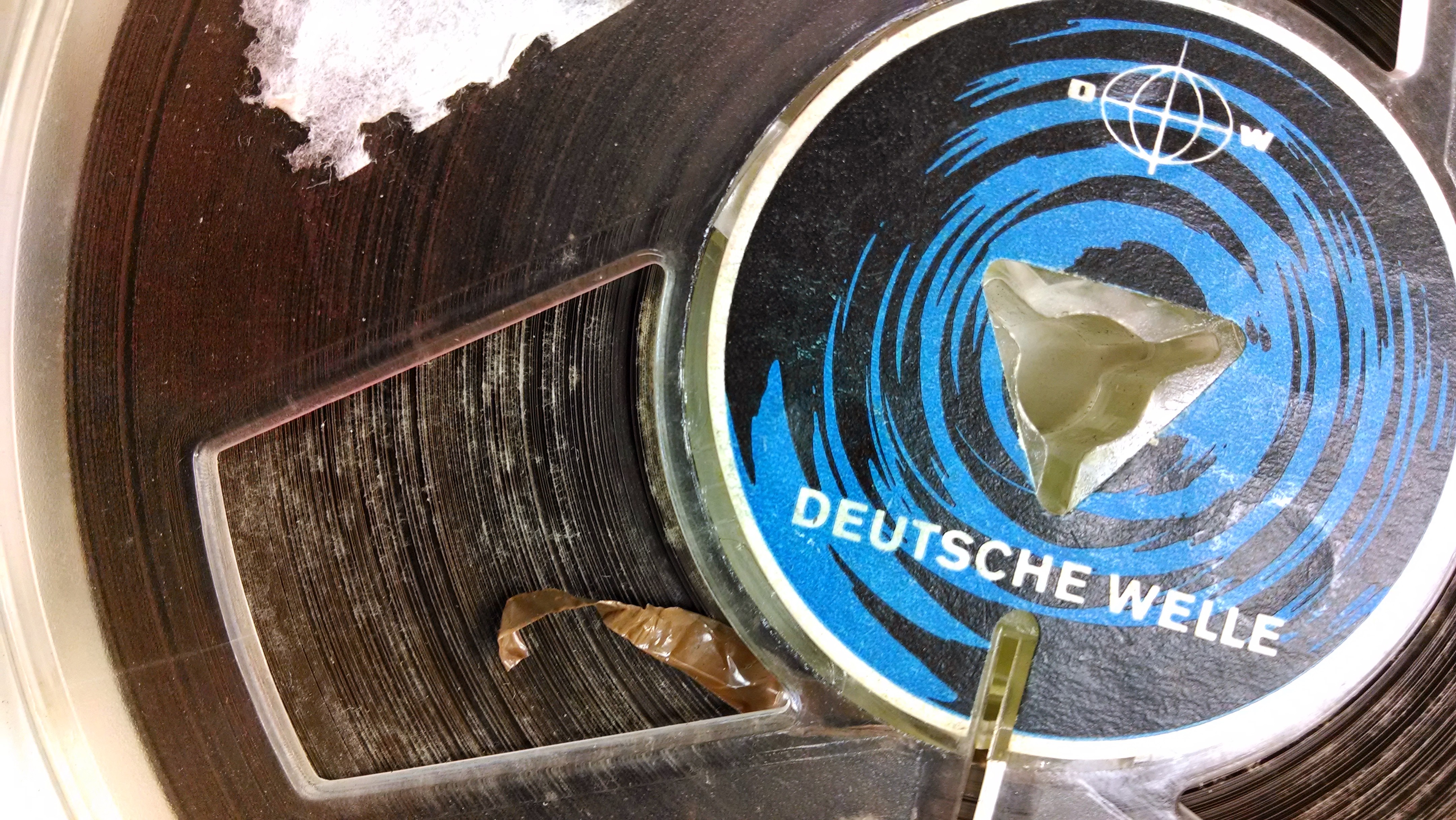 The Radio Haiti Records are the fruit of the work of Haitian dissident and “agronomist” Jean Dominique, and chronicle the station’s role in fighting for the people of Haiti.  Jean Dominique was assassinated on April 3, 2000.  His widow and Radio Haiti partner, former UN Spokesperson Michele Montas, brought the Radio Haiti Records to the Rubenstein Library last year, and while it has its challenges – its primary language is Haitian Kreyol and its 3,420 analog tape recordings have spent the better of their lives in a mold-inducing tropical climate – it is that rare collection where value (historical, cultural, human) outweighs almost any conceivable obstacle to making it accessible.

To begin the process of digitizing the recordings, as a first step to transcription and translation, we have created a small pilot project that tests our capabilities and captures the kinds of numbers we need to evaluate the costs associated with preserving Radio Haiti in the long term.  We made the video below to demonstrate some of the basic considerations in approaching the preservation of this important collection.  For more information, check out the Preservation Underground blog, where Head of Conservation Beth Doyle discusses the process we used to clean the mold off the tapes.

One thought on “Preserving Radio Haiti”