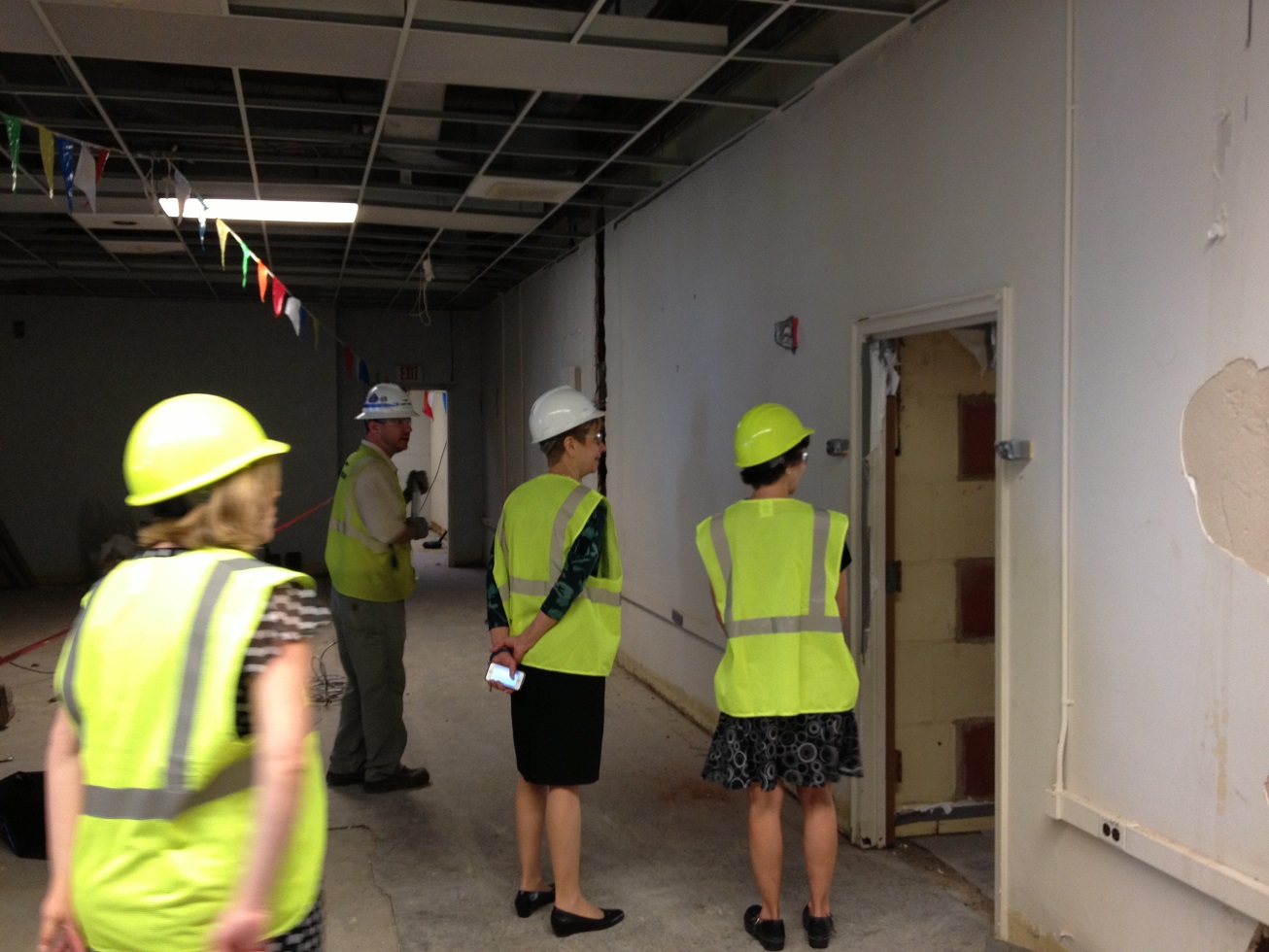 Construction on the new Rubenstein Library is in full swing. Library staff and patrons have no doubt observed the temporary walls around the library building, seen the giant crane in the loading dock, and heard the dulcet tones of demolition throughout the Perkins stacks.

Rubenstein and Duke University Library staff had the opportunity to take a fascinating tour of the construction in progress in recent weeks. Here are some highlights. First off we got to wear official vests, hard hats and protective glasses – safety first! Above our touring librarians  and archivists are pictured in the old Rubenstein reading room, looking into the a section of the 1948 closed stacks previously referred to as the “cage.” The renovation of the Gothic Reading Room has also started, and demolition crews are removing non-original features of the room. Please note that both the character of the room and its distinctive architectural elements will be retained as we modernize the building. The windows and light fixtures will be restored as close to their original look as possible, but the shelving will be replaced. We toured the entire construction site with Will Dunlop from EHG Demolition. Will commented that the Gothic Reading Room is “one of the most beautiful rooms I’ve ever been called upon to wreck.” The Rubenstein Library director and collection development offices, formally on the 2nd floor of Perkins outside of the Gothic Reading room, have been completely demolished. Here you see the gutted space and the bracing that has been added to protect the building’s structure during renovation. The room formerly known as Perkins 201 was located right across from the Breedlove Room. Our Technical Services Department worked there before moving to Smith Warehouse several years ago. As you can see in the picture, the windows have been removed and boarded up. This is also where debris is being taken and pitched to dumpsters in the loading dock. Out on the loading dock you can see where a chute (the black tube looking thing coming out of the top window) has been constructed to funnel debris from the demolition area (and Room 201) into dumpsters.