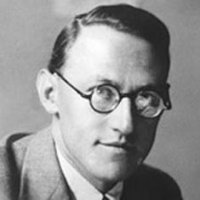 Summer in the Archives is a collaborative initiative of two institutions at Duke – the Center for the History of Political Economy and the David M. Rubenstein Rare Book and Manuscript Library — focusing on Rubenstein’s Economists’ Papers Project. It is based on joint work of Rubenstein’s staff and outside experts, who are often Ph.D. students in economics. The goal of Summer in the Archives is to improve the availability of the economists’ collections to the research community, as well as to allow young researchers to get hands-on experience with archival work.

Rubenstein Technical Services staff worked closely with myself and Crystal Wong, Ph.D. candidate at University of Washington. Our task was to improve description and organize the existing collections of distinguished economist Oskar Morgenstern and Nobel Prize winner Robert Solow. I would now like to share a couple of interesting “bits and pieces” that we came across while working with the collections.

Oskar Morgenstern was born in today’s Austria and left his home country in the late 1930s to join Princeton University.  Among many other activities and contributions, Morgenstern was a co-founder of the Game Theory and an important force behind the rise of the Economics Department at NYU, which was one of his last projects before he lost his battle with cancer in the late 1970s.  The document that I want to bring the attention to is a 1950 letter from F.A. Hayek, another economist with Austrian roots, who received the Nobel Prize in 1974.

The letter is confidential and Hayek addresses it to his “Austrian friends in the U.S.,” listing five other addressees besides Morgenstern – Mises, Haberler, Furth, Machlup, and Schutz. In the letter, Hayek explains that he and his wife are separated because of the incompatibility of their characters. Hayek is taking the full blame for the separation and he also notes that his personal situation is related to his decision to move from London to the U.S. While other copies of the letter might still exist, I am not aware of them and it is possible that this is the only surviving copy. Whether that is the case or not, the letter certainly documents an interesting part of Hayek’s personal life – his divorce, his subsequent marriage to his cousin, and his related move from a comfortable professorial position at London School of Economics to the U.S.

Crystal and I also spent a lot of time improving the description of the Robert Solow Papers’ correspondence series. One interesting exchange I found is from 1982, between Solow and Ronald Coase, another economics Nobel Prize winner. Both Solow and Coase put their finger on a critical issue of difference between social sciences and natural sciences.  It is no wonder, Coase says, that economists are so notoriously known for disagreeing with each other – an issue that was particularly noticeable during the recent economic crisis.  Unlike physicists, economists often cannot run controlled experiments and therefore cannot repeat such experiments to check conclusions of each-other’s research.  According to Coase, it is thereby much harder for economists to resolve their disagreements than it is for natural scientists.

The material that we went through is in many ways breathtaking. The quality and the quantity of thoughts and conversations in the collections lead an aspiring scholar towards humility. Indeed, greatness is hard to achieve; but there is no better inspiration than interaction with great minds – whether it is in person, or through their archives.