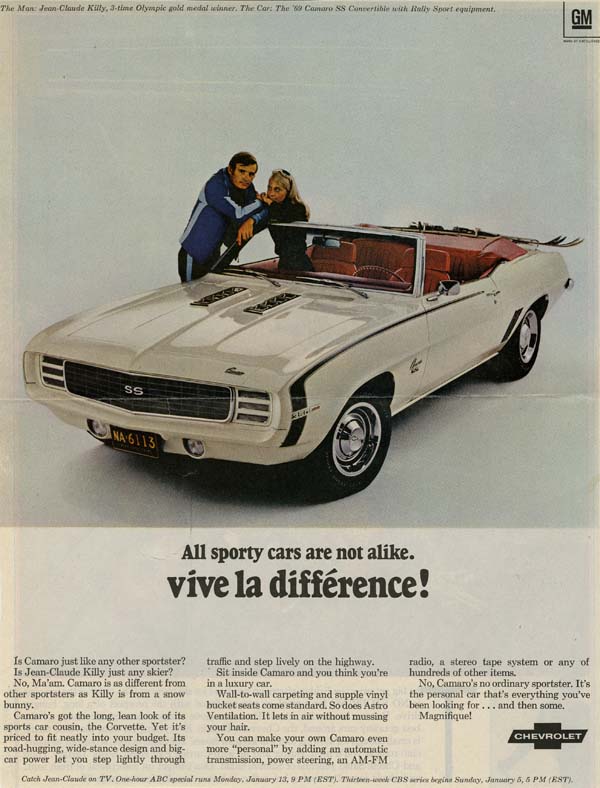 The season finale delivered many memorable moments that will keep us guessing until next year. Stan tells Don that he wants to be the one that goes to Los Angeles to open a satellite office that will service the Sunkist account. After a bad phone conversation with Sally, Don gets drunk at a bar when he is supposed to be at work. Later he wakes up in jail. Pete is horrified to find out that his mother is lost at sea. She married Manolo on a cruise and it is presumed that he threw her overboard in order to inherit her money. When Don comes home the next morning he pours out all of the liquor bottles and tells Megan that he wants them to go to Los Angeles so he can start the new SC&P office. She is thrilled and resigns her soap opera job. Peggy changes into a revealing dress and tells Ted, Jim, and Harry that she is leaving early because she has plans. In Detroit, Bob encourages Pete to test drive a stick shift Camaro Z28. Pete knocks over a GM sign in the process and is subsequently taken off the Chevy account. Peggy comes home after her date and finds Ted at her door. He says that he loves her and will leave his wife. They sleep together and make plans for the future. Betty calls Don in the middle of the night to say that Sally bought beer and got drunk with some classmates and is suspended from Miss Porter’s. Ted tells Don that he wants to go to Los Angeles so he can start over with his family. Don makes a great campaign pitch to Hershey’s, but then ruins it by telling them his true story of growing up in a whorehouse and stealing money from the johns to get Hershey’s chocolate. That night Don tells Megan that they are not going to Los Angeles after all. She is upset and talks about leaving him since she already set up meetings in Hollywood to further her acting career. Pete and his brother decide not to pursue an investigation into their mother’s disappearance. They clean out her house and Pete brings some furniture over to Trudy’s house.  He tells her and Tammy goodbye, as he is going to California. Ted tells Peggy that he will stay with his wife to protect his kids. She is upset and tells him to get out. Don attends a partners meeting and they confront him about his questionable behavior. They tell him to take some time off and regroup, but refuse to give him a return date. On his way out he sees Duck Phillips bring Lou Avery in, presumably as a replacement. The episode ends when Don picks up his kids for Thanksgiving and shows them the dilapidated house where he grew up.

Episode thirteen referred to Chanel #5, Camaros, Thanksgiving, cranberry sauce, and cruises, among other things. Here is a selection of ads and images that illustrate some of the products and cultural references mentioned in last night’s Mad Men. A gallery of our highlighted images may also be found on Pinterest and Flickr.