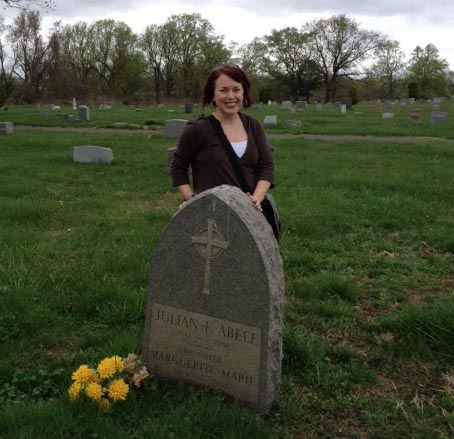 During a recent visit to Philadelphia, I paid my respects to two of my favorite people from the history of Duke University: Julian Abele and Horace Trumbauer. Trumbauer’s architecture firm was hired to design the new campuses of Duke University, which were constructed between 1925 and 1932.

Abele was the first African-American graduate of the University of Pennsylvania’s School of Architecture (1902). As Trumbauer’s chief designer, he designed Duke Chapel. In addition to Duke, Abele’s work can be seen at the Free Library of Philadelphia and the Philadelphia Museum of Art.

Trumbauer never received a formal education in architecture but designed some of the grandest residential homes of the Gilded Age, and later hotels and office buildings. One of his clients was James B. Duke, who hired Trumbauer to design his Fifth Avenue mansion in NYC (construction was completed in 1912). The success of the project likely led to Trumbauer’s firm receiving the commission to design Duke University.

Julian Abele is buried in the Lehman section of Eden Cemetery, designated the oldest African-American cemetery in the United States. Horace Trumbauer is buried in the Franconia section of West Laurel Hill Cemetery. You can track the progress of the construction of Abele’s designs for Duke’s East and West Campuses in our digital collection, “The Construction of Duke University, 1924-1932.”

Duke's May Queen
Add it Up: Duke and the Putnam Mathematics Competition
The Centennial of a Fire