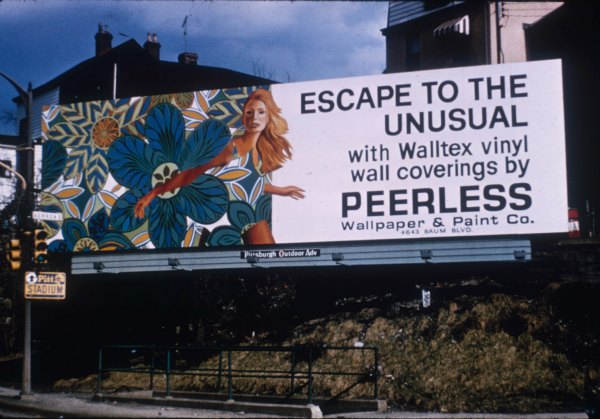 Episode 5, which aired on April 28st, depicted the Mad Men characters reacting to the news that Martin Luther King, Jr. was assassinated. Across the board, everyone was upset and unnerved, but there was considerable awkwardness in their interactions with each other in the aftermath.  Pete and Harry argued about what was an appropriate reaction to the death.  Joan hugged Dawn. Don tried to send Dawn home, but she really wanted to stay at work. Megan took Sally and Gene to a vigil. Don took Bobby to the movies.  Peggy fretted over an offer to purchase an apartment. Betty and Henry saw an opportunity for his political career to blossom. Ginsburg tried not to bungle a date that his father set up for him. There were references to wallpaper, formal wear, Milk Duds, Planet of the Apes, and Chinese food, among other items.  Here are a selection of ads and images that refer to some of the products and cultural references mentioned in last night’s episode of Mad Men.  We’ve even included a program from the April 4, 1968 ANDY Awards and some photos of a vigil that occurred on Duke’s campus in the days after the assassination. Paul Newman really was the keynote speaker! A gallery of our selected images may also be found on Pinterest and Flickr.