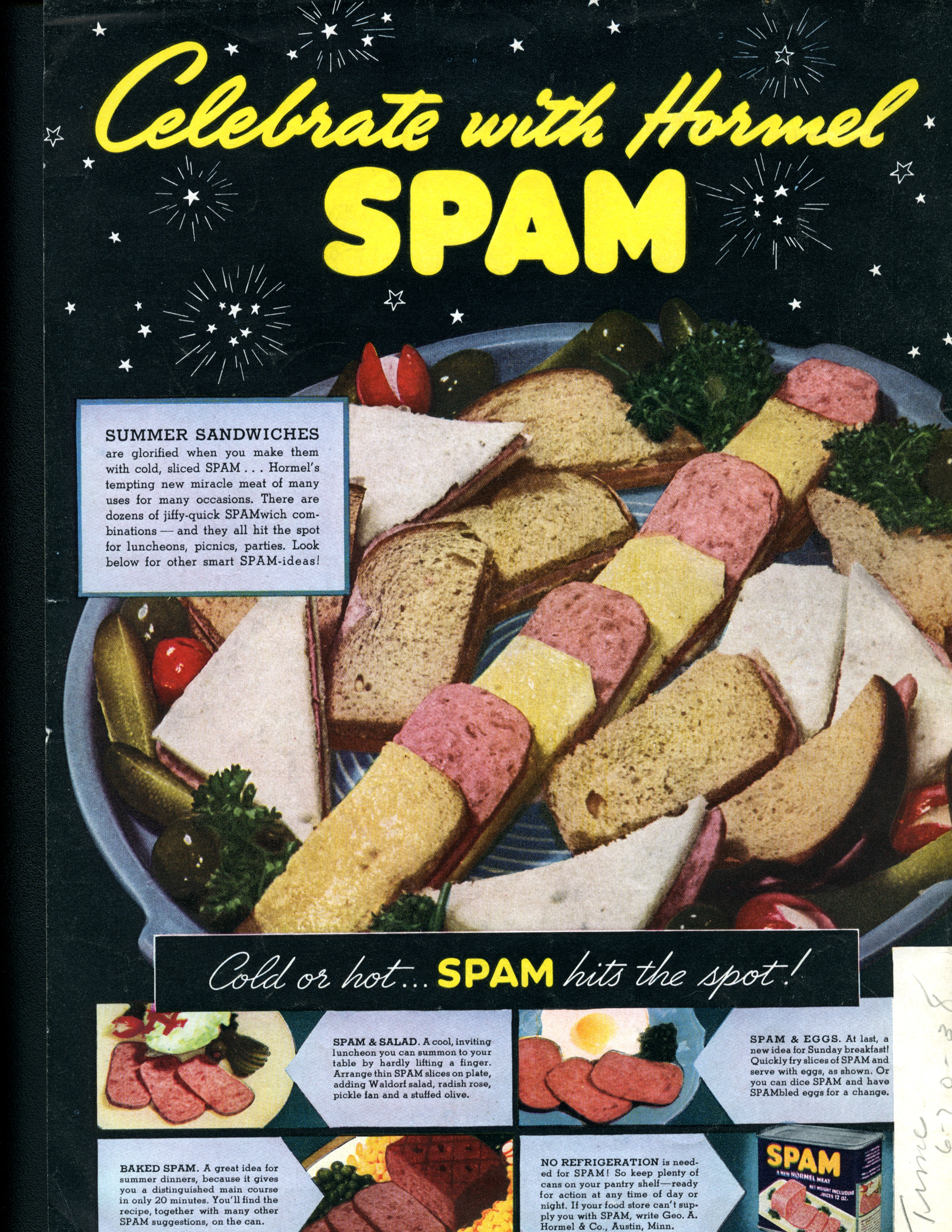 2012 marks the 75th anniversary of everyone’s favorite processed meat: Spam. In the frontispiece of Time in late 1936, Hormel Foods announced the introduction of two new canned meats: a spiced ham and a spiced luncheon meat. The name Spam was inaugurated the following year, putting this canned meat on the road to becoming the most memorable of Hormel’s product lineup of soups, chili con carne, and flavor-sealed chicken and ham. Spam, which now comes in 12 varieties, has sold over 7 billion cans worldwide. To celebrate this anniversary, Hormel is introducing its first spokescharacter, Sir Can-A-Lot.

Early advertisements for Spam called it a “tempting new miracle meat of many uses for many occasions,” specifically suggesting that Spam & Eggs would be “grand on Sunday mornings,” that Spam & Salad would make for “a cool, inviting luncheon,” and that Baked Spam could provide “a distinguished main course in only 20 minutes.” Copy highlighted Spam as the choice of a thrifty household, claiming that Spaghetti with Spam could serve four for only a dime each. All the advertisements took care to emphasize that Spam did not need refrigeration, which made it perfect for picnics or to feed unexpected guests. “SPAM’s always ready for action – morning, noon and night,” the ads proclaimed.