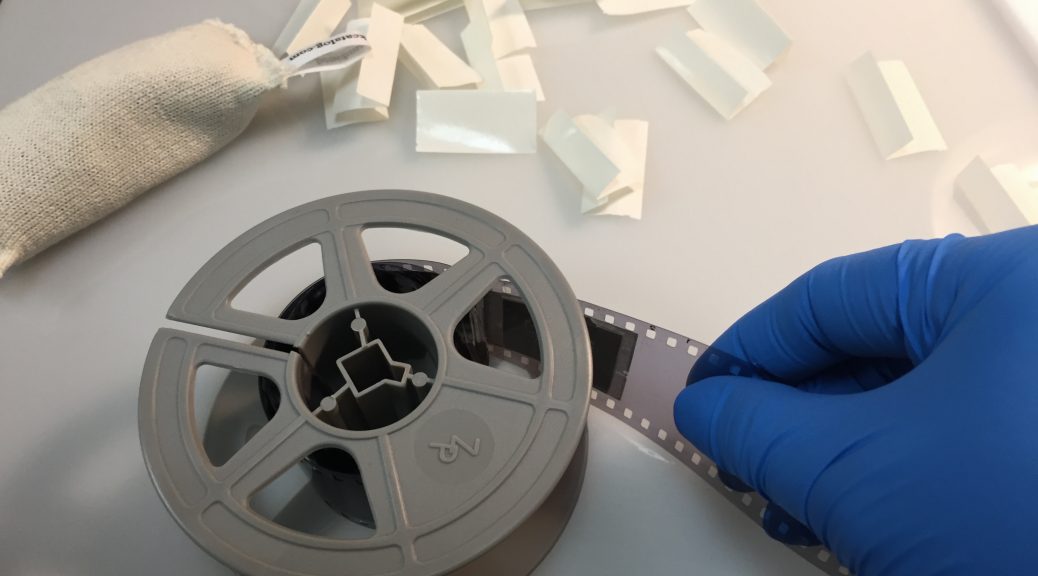 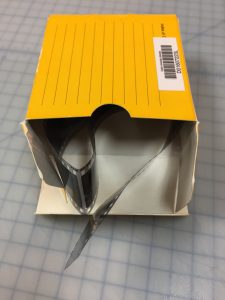 We’ve written about the life of a library collections conservator and how you are often required to know about more than just book conservation. Today was no different.

I talked with one of the Music Library staff this week. They had a damaged microfilm and wondered if we could fix it. The film had lost its reel, and someone in the past folded it into about six sections and stuffed it back in the box. This caused it to crack at the folds.  Luckily we have the terrific Sonya in Microforms who is an expert in microfilm. I asked if she had some splicing tape, and indeed she did. She gave me a tutorial on how to use it along with a roll of splicing tape. Until today, I had never spliced microfilm, nor did I know the sprockets on 35mm microfilm don’t really matter in terms of how the film physically runs the through the machine (unlike motion picture film–the things you learn!).

I came back to the lab and carefully eased out the folded sections (who said being a photo major in the ’80’s would never prove useful?). I then matched the pieces and spliced it together at the broken folds. I put the roll on a new reel and sent it back to the Music Library. Hopefully it will run through the reader now without further damage. 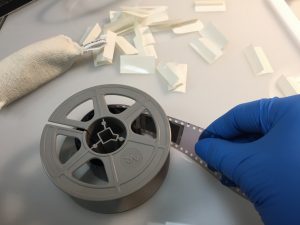 The other thing I learned today was how to change the toner in our copy machine.  I’ve never had to do that before today, either. It’s been an amazing day of skill building.

Welcome to Our New Intern: Garrette Lewis-Thomas
Christmas Came Early
What We Find In Books: Blaeu Bears and Deer

One thought on “Library Conservation is Like a Box Of Chocolates”