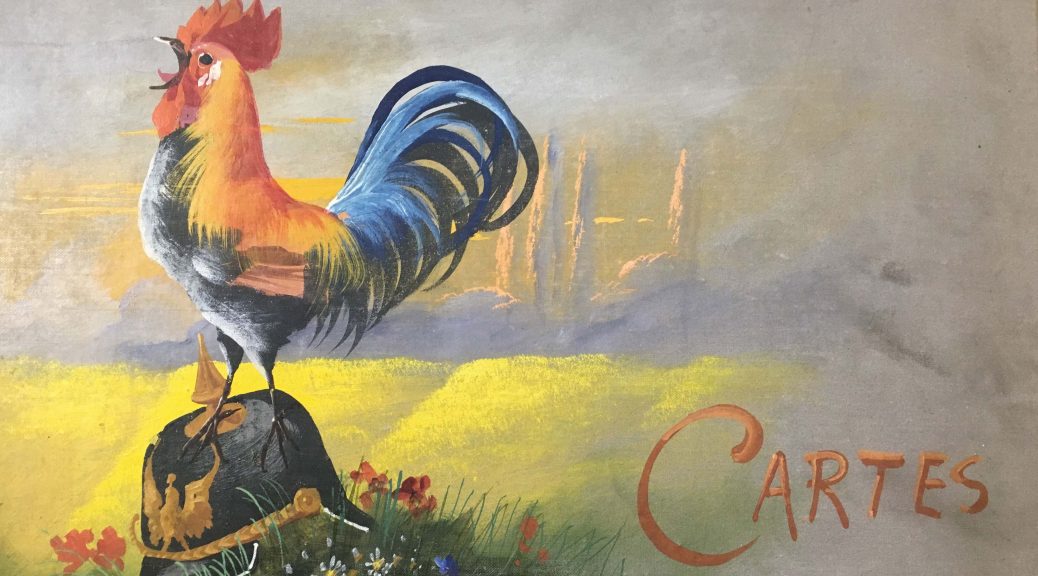 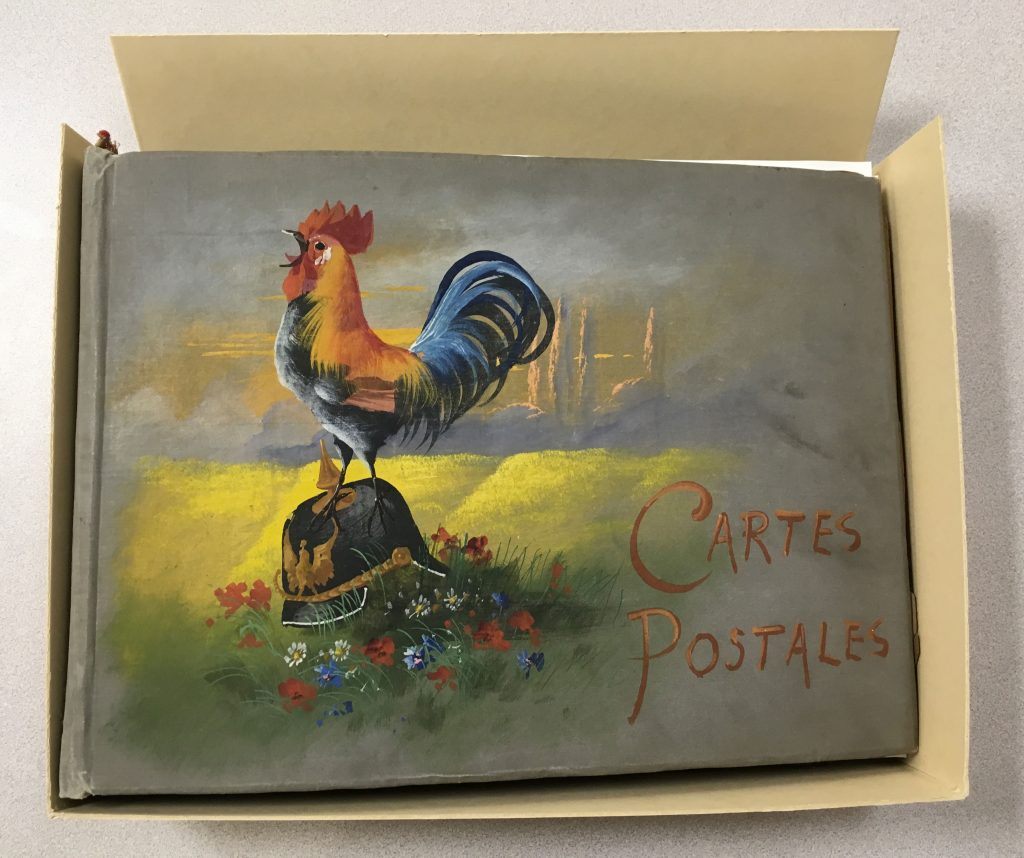 Readers who celebrated Chinese New Year just a few weeks ago will know that 2017 is the Year of the Rooster. Fittingly, this wonderful painted scrapbook from the Charles Bailey Reed Collection recently came into the lab. Reed served as a radiologist in the U.S. Medical Reserve Corps in France during World War I.  This scrapbook contains postcards, newspaper articles, photographs, and other ephemera from various cities in France, dated between 1914 and 1924. I just really love the image of the rooster crowing atop a discarded Pickelhaube, signalling the return to regular life after the war.