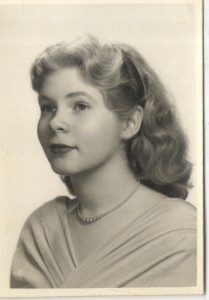 On November 6, 2011, the Duke University Libraries lost a longtime friend and cherished colleague. Myrna Ruth Kanner Jackson, 76, worked in fundraising for many years at Duke and served as the Libraries’ Director of Development from 1991 to 1999. During that time, she helped usher in a period of tremendous organizational growth and change.

Jackson was responsible for raising much-needed awareness, and financial support, for the Perkins Project, a multi-year library renovation project that began with the construction of Bostock Library and the von der Heyden Pavilion, followed by the complete renovation of Perkins Library. (The final phase of the Perkins Project will begin this year, with the upcoming renovation of the David M. Rubenstein Rare Book & Manuscript Library.)

She also established and recruited the first Library Advisory Board, a group of library friends and advocates with the means, expertise, and dedication to bring the Libraries’ needs to the attention of the wider university community. Several of the board’s inaugural members still serve on it today. One of them, Virginia Barber G’60, recently said of Jackson, “She was an outstanding human being, and I have always been immensely grateful to her for recruiting me to the Library Advisory Board, the best board I’ve ever served on or could ever imagine.” 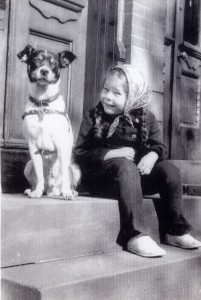 A native Philadelphian and graduate of the University of Pennsylvania, Myrna Jackson came to Durham in 1965. She went to work for Duke in 1977, when she began editing for the Duke Press and took on freelance assignments for Chancellor Kenneth Pye, who encouraged her to pursue a career in development. To which Jackson characteristically replied, “But I don’t know anything about real estate.”

The choice had personal significance for Jackson, who was a poet herself. She was a member of a local writing group and published a number of poems throughout her life, including one that was recognized in the Independent Weekly poetry contest. She counted Donne, Marvel, and Yeats as her favorite poets.

Her love of language made her an effective communicator. She took pride in helping her staff become better writers, and helping them advance to better positions. Those same talents also made her a gifted teacher. After retiring from the Libraries, Jackson taught reading at Lakewood Elementary School, and she taught poetry for a semester at a charter school for at-risk high school students. Her passion for Shakespeare, opera, jazz, and the American songbook gave her a wealth of things to draw upon to reach her students. 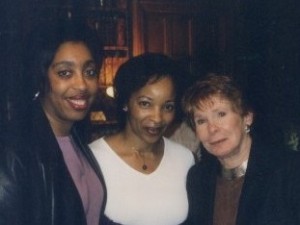 According to Jackson’s partner Cheryl Thomas, “Myrna was fearless, funny, strong, and courageous. She could get people on board with an idea. She liked to use ‘jolly’ as a verb—as in to jolly someone along, and she was good at it.”

In addition to Thomas, Jackson is survived by her daughter and son-in-law, Laura Jackson and James Biddell of Raleigh; her sister and brother-in-law, Elenore and Phillip Weinberg of California; and her nephews, William and David Weinberg, also of California. Needless to say, she also leaves behind many friends in Durham, at Duke, and around the country.

A memorial service and reception in Myrna Jackson’s honor was held on May 6, 2012, in the von der Heyden Pavilion.