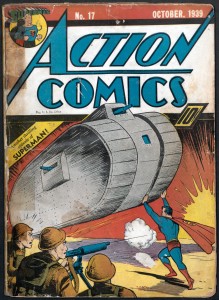 The Library Party is one of the largest, most anticipated, and most unusual events at Duke. The entire campus is invited. Once again, the Libraries teamed up with the Duke Marketing Club to organize this year’s event, which took place on February 24 and drew over 3,000 students, faculty, staff, and alumni to Perkins Library for a night of sophisticated fun and entertainment.

The theme for this year’s party—Heroes and Villains—was inspired by a truly remarkable collection of comic books at Duke that was assembled over the course of forty years by two brothers who live in Durham.

Edwin and Terry Murray have been avid collectors of comic books and other articles of “pulp culture” since childhood. In 2003, the Murray brothers donated their comic book collection to Duke University Libraries. 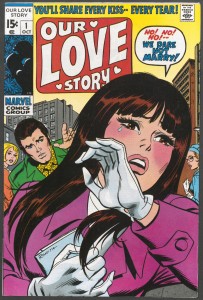 It took five truckloads and nine months to move all those Green Lanterns, Fantastic Fours, and X-Men, which are now preserved in the David M. Rubenstein Rare Book & Manuscript Library at Duke. The Murray Comic Book Collection includes over 65,000 comics from the 1930s to the present, making it one of the largest archival comic collections in the world.

Although not your standard research library fare, comic books provide a fascinating reflection of American society and culture. But comics are also a commercial art form. That’s why this year’s party was a joint production of the Duke University Libraries and the Duke Marketing Club, which offers experience to Duke students interested in marketing and advertising careers. And when superheroes, librarians, and marketing gurus unite—watch out, agents of ignorance and enemies of fun!