By Aaron Welborn, Director of Communications

The small white cards arrive at irregular intervals, some weeks only a few at a time. Then suddenly she’ll get a big stack that will take her hours to plow through.

Each card represents a life. Someone’s father or mother, husband or wife, child or sibling, condensed to a few basic facts. Name of the deceased, graduation year, name and contact info of the surviving relative providing the information. And finally, the most crucial detail: subject area. If some small piece of this person could live on in a book, what kind of book would it be? Please circle your choice.

It’s not a silly question. The dearly departed are about to become part of a book—or at least perpetually associated with one. And once that happens, who knows how many hands that book will pass through? How many conversations it will start? How long it will continue to be read and remembered?

This is how the process begins. It’s not a library service many people at Duke know about, because they can’t take advantage of it until they die. Nor are they likely acquainted with the person whose job it is to choose a book that will honor their memory. She mostly works behind the scenes, as she has done for the last thirty years.

But the care she takes in matching the right book with the right person is a comfort to countless strangers on the other end of those cards—not to mention a remarkable bit of librarianship. 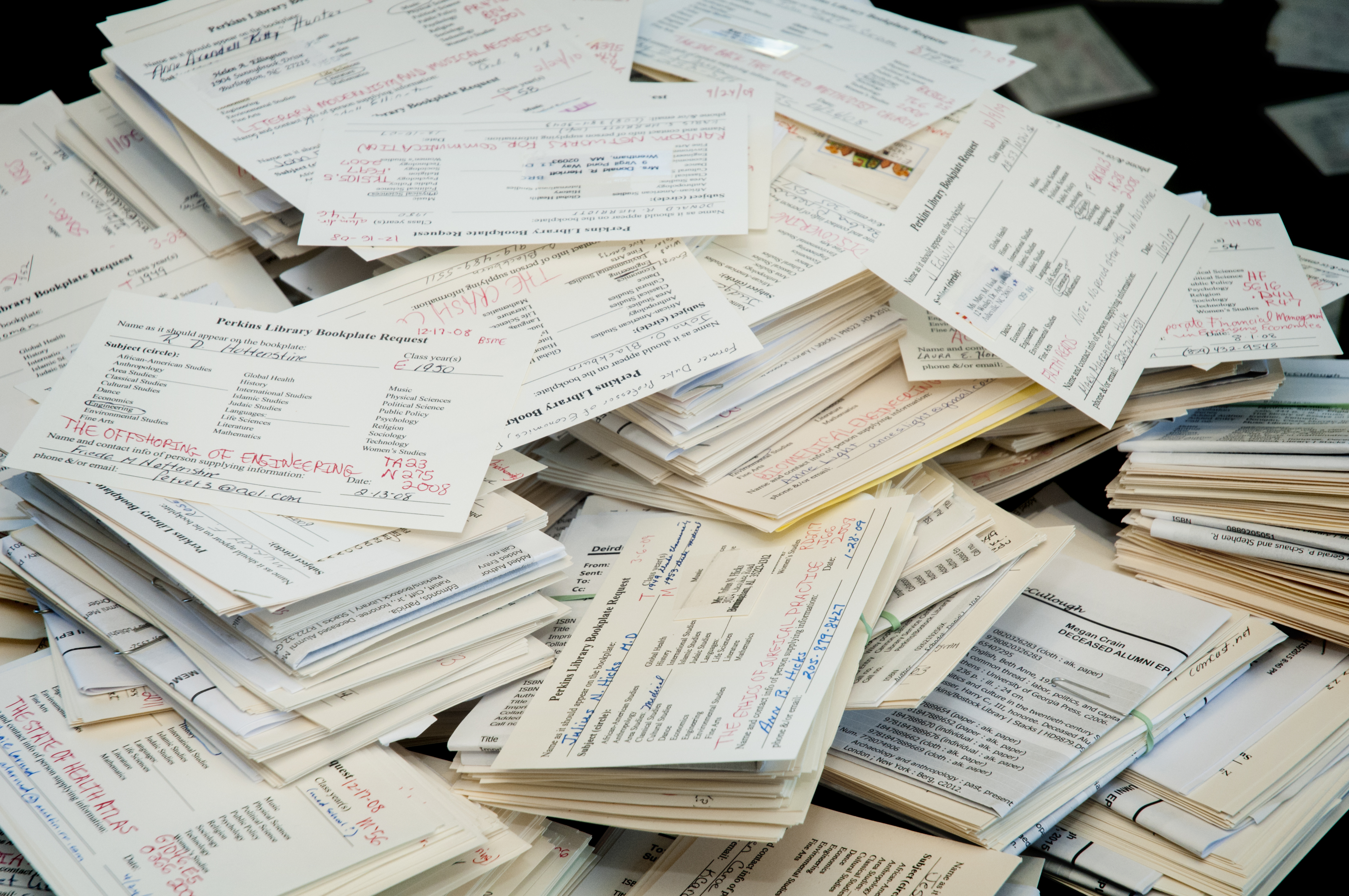 Deirdre McCullough (“Dee” to those who know her) wears many hats. That’s not merely a figure of speech. She’s a hat person, and you’ll often see her sporting a colorful fedora or trilby at work. It’s part of her look. But the expression applies on a more organizational level as well. Dee knows how to do a bit of everything. She has worked here a long time.

Officially her title is Collection Development Specialist, and her broad areas of responsibility include library collection budgeting and financials, gathering and analyzing data on collection usage, coordinating approval plan purchasing for various subject areas, and initiating orders for an assortment of library materials, such as lost/missing replacements and faculty rush requests.

But she also handles a variety of “other duties as assigned,” including the Deceased Alumni Bookplate Program.

Here’s how it works. Duke has over 160,000 alumni around the world. During any given month, a few dozen will pass away. That’s why Duke’s Office of Alumni and Development Records conducts automated searches of published obituaries, using keywords to seek out individuals who went to Duke. Occasionally, the university will learn of a death from a family member, friend, or former classmate. Regardless of how the notification arrives, Alumni and Development Records conducts a verification process to confirm that the deceased is (a) actually a Duke graduate, and (b) actually no longer with us.

(The process exists for a reason. Embarrassing apologies have had to be made, although it rarely happens anymore.)

The person’s alumni record is then updated, and a condolence letter is sent to the next of kin. Included with the letter is a card family members can fill out if they want their loved one honored with a book in the library.

There is no charge for this modest remembrance. Nor does it matter which school at Duke the individual graduated from. In these long and winding stacks, there is room for all. When posted, the cards come to the library development office, where they are entered in a spreadsheet. Then they go to Dee.

That’s more or less how things have worked since 1985, the year the Deceased Alumni Bookplate Program first started. The internet has made the process quicker and easier, as you might expect. And the old paper bookplates that had to be glued inside a book’s cover have been replaced by virtual ones that are entered in a book’s online catalog record and initiate a pop-up plate. (Family members can more easily search for them that way.) 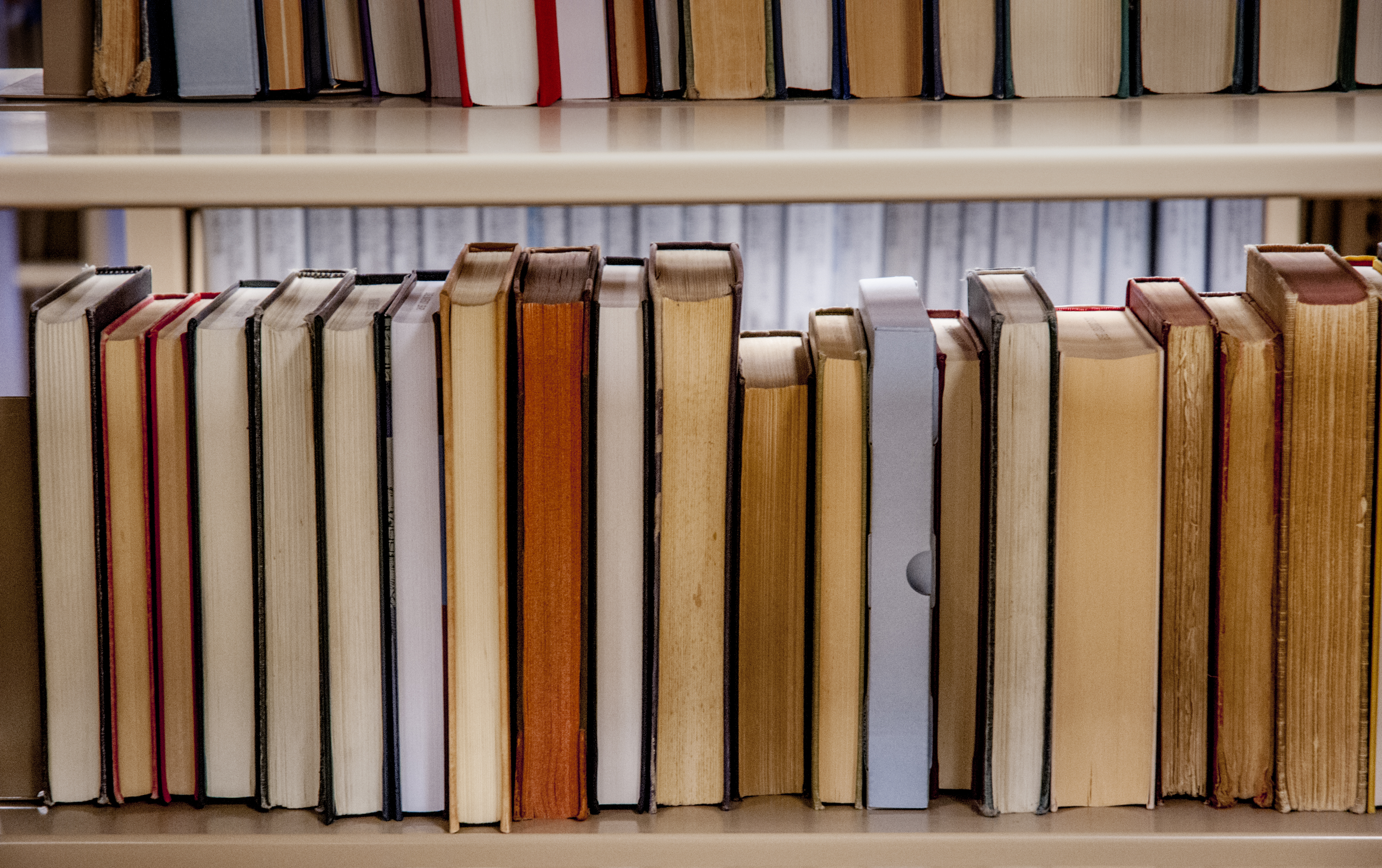 But otherwise not much has changed. For her part, Dee has been the one selecting the books since 2001, the year she assumed her current position. On average, she plates about 250 books per year in memory of deceased Duke alums.

When she first started, Dee says, she would simply pick a book related to the subject area indicated on the card.

“But then I started thinking, what if I’m picking something totally antithetical to who this person was?” she says. She started slowing down and being more thoughtful about the selections. “As the years have gone by, I’ve spent more time getting to know the individual.”

She starts out with a preliminary Google search, looking for an obit or online profile, any kind of digital trail she can follow. Common names like Bill Smith can be tricky, but she has various search strategies for narrowing things down, like specifying the person’s state, town, profession, or any other distinguishing characteristics she can find in the Alumni Directory.

The easy ones might take only five or ten minutes. But sometimes she’ll spend up to thirty minutes or more if an individual is especially hard to track down—or led an especially interesting life. The more personal she can make a book selection, the more it will mean to that person’s loved ones.

“The ones I really enjoy are when the obituary mentions places the person traveled or loved,” Dee says. Take the World War II veteran (Class of 1949) who served on a U.S. Navy gun crew that sailed throughout the Atlantic and Pacific and passed through the Panama Canal ten times. For him she picked Chronology of War at Sea, 1939-1945: The Naval History of World War II (2005).

A grateful thank-you note from his spouse confirmed the appropriateness of the selection. “You must have known that my husband spent those years mostly at sea,” it read. Another note reads, “It’s like you read his mind in selecting The Palmetto State,” this one from the widow of a banking executive (Class of 1959) who devoted much of his life to improving education, race relations, and cultural life in South Carolina.

If someone dies tragically young, or while still a student here, Dee spends extra time considering them. There was the pre-med junior from Jacksonville, Florida (Class of 2018), who passed away last year. She suffered from a lifelong immune deficiency disorder and died from complications of a bone marrow transplant at Duke Hospital. She had dreamed of becoming a pediatric immunologist. For her, Dee selected Attending Children: A Doctor’s Education (2006), a poignant memoir of a physician’s journey from nervous medical intern to director of a pediatric intensive care unit. 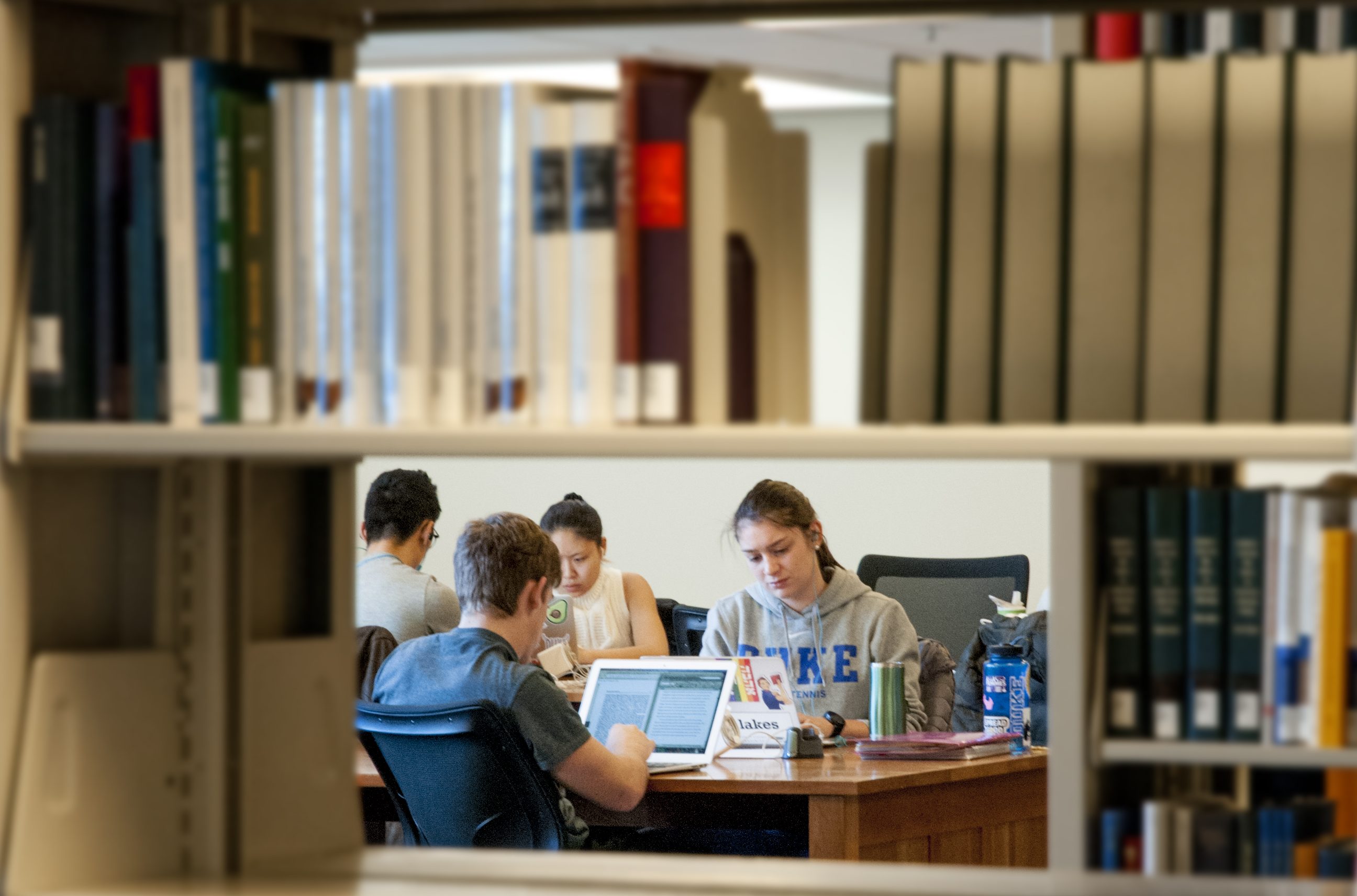 Then there was the younger brother of Duke basketball great Shane Battier, Jeremy, himself a Duke grad, decorated member of the football team, and successful entrepreneur. His untimely and widely reported death drew attention to the nation’s ever-growing heroin epidemic. For him: Child’s Play: Sport in Kids’ Worlds (2016), a collection of essays about the role sports play in how young people view themselves and their place in society.

But even the happy stories of long lives that ended well and peacefully get a carefully considered selection. No death is unremarkable.

Does it ever get to her, all these daily reminders of mortality?

“I’ve been known to shed a few tears over the more poignant obituaries,” Dee says. “But actually it’s given me a deeper outlook on Duke and the people who come through here.”

There’s the story of Duke we all know. The one-room schoolhouse that grew into a Gothic Wonderland, home to world-renowned researchers and Cameron Crazies. And then there’s all the individual stories of everyone who’s ever been a student here. Each one had their own particular Duke experience, which was just a chapter in their larger life story.

Few people have a more wide-ranging perspective of those stories than Dee, a Duke alumna herself.

A double-major in English and Anthropology, she graduated in 1987. As a student, she barely set foot inside the library, an irony she laughs about now. Three days after she earned her diploma, she started working here. Her first assignment was working as a Cataloging Data Input Clerk, transcribing paper bibliographic records submitted by catalogers on a computer in the Terminal Room. “They didn’t call it terminal for nothing,” Dee jokes.

Later she became part of the Cataloging and Searching Support Team, and she even spent a year as a copy cataloger before landing in her current position.

When she was first handed the bookplating assignment, she had to fuss with the three-by-four-inch bookplates on a manual typewriter. She doesn’tmiss those days. Now she can simply key in everything on the computer, and it becomes a virtual part of the book instantaneously.

She doesn’t have to keep the little white cards when she’s done with them. But because she works in a library, she has a hard time throwing records away. So they stack up in boxes and piles around her work area like little memento mori.

She also knows that, one of these days, her own name will show up on one of those cards (Class of 1987). Then it will be someone else’s turn to choose a book for her. But what do you select for the ultimate selector? What kind of book would be just right?

Perhaps something about the kindness of strangers. There can never be enough written about that.