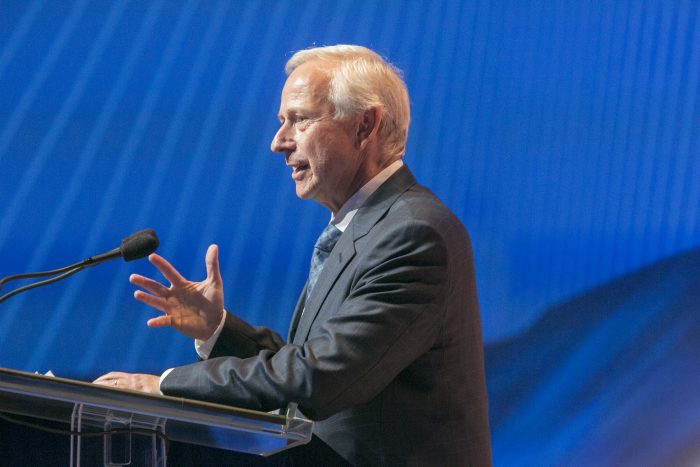 Richard H. Brodhead was the president of Duke University and William Preston Few Professor of English from 2004 to 2017. During that time, he spoke at numerous university ceremonies, community forums, and faculty meetings, and even appeared on The Colbert Report. His new book, Speaking of Duke: Leading the 21st-Century University, collects more than three dozen of his finest speeches.

The following remarks were given at the induction ceremony of the American Academy of Arts and Sciences in Cambridge, Massachusetts, on October 9, 2004. The academy elects members in five categories, and Brodhead was asked to speak for the humanities and the arts.

It’s an honor to speak for Class Four of new members of the Academy. As students of rapids know, Class Four events are massively energetic and thrilling but typically not life-endangering. That fits the humanities and the arts, and no doubt explains why we were assigned this number. I won’t speak here as a professional humanist, still less as an administrator of the modern home of the humanities, the university. Instead I’ll say a word about the founding need for this form of human practice, and with your permission I’ll make it personal.

I knew poetry from the days of nursery rhymes, but the first time I “got” it was in my fourteenth year. I remember the moment fairly vividly. I was in high school not thirty miles from here and at the low-water mark of self-esteem. Each day, changing classes, my fellows would parade past, every one of them an image of some adequacy I lacked: this one cooler, that one more handsome, this one more popular, that one more athletic. Doing my homework one day, I started into a Shakespeare sonnet where I was met by these lines:

When in disgrace with Fortune and men’s eyes,
I all alone beweep my outcast state,
And trouble deaf heaven with my bootless cries,
And look upon myself and curse my fate,
Wishing me like to one more rich in hope,
Featured like him, like him with friends possessed,
Desiring that man’s art, or that man’s scope,
With what I most enjoy contented least . . .
(Shakespeare, Sonnet 29)

That’s me! I could have cried. How did he guess?

This was my first recognition of the power of someone else’s creation to give voice to my experience, an experience self-imprisoned and un-self-knowing until a stranger’s words brought it to expression. But soon thereafter, I learned another primitive power of art. That same spring I read the first poem I ever really loved (I must have been going through a sort of literary puberty), Wordsworth’s “Tintern Abbey,” which flooded me with nostalgia for the more intense experience lost with my youth. It was some years before I realized that I had not in fact lost my youth at the time when its demise seemed so drenched in pathos. When I recognized this fact, I learned that this poem had not so much voiced my experience as induced a new experience, given me access to a state of feeling that I knew through the poem that I did not yet know from life.

Some time later I learned a further variant in which, art having given me a foretaste of certain forms of experience—let’s call them virtual experiences, experiences imaginatively induced and entertained—I came to know them in reality. My sense was never of the gap between life and art. Rather, I had the sense of learning at last what art’s images had been referring to, with art still providing words for what I now came to know. I knew King Lear’s famous line over the dead Cordelia many years before I ever stood over the body of a loved one of my own. When I did, I felt I grasped at last what Lear (or Shakespeare) meant, but Lear’s line gave me a way to name the tormenting, gratuitous, inexplicable proximity of some things (for no good reason) living to others (for no good reason) dead: “Why should a dog, a horse, a rat have life / And thou no life at all?” I had long been struck by Whitman’s empathic identifications with the sufferings of common men in Leaves of Grass—not just the runaway slave but, less predictably, a fireman pinned in the rubble of a collapsed building:

I am the mashed fireman with breastbone broken . . . tumbling walls buried me
. . . . . in their debris,
Heat and smoke I inspired . . .
I heard the yelling shouts of my comrades,
I heard the distant clicks of their picks and shovels . . .

September 11 supplied a real referent for what had heretofore been an imaginary experience. But in the wake of 9/11, while the rubble was still being sifted and the eventual toll of life not yet known, I felt I could enter into a plight made real by history through the medium of these 150-year-old words.

Strange beasts, we humans, who need not just to live but also to understand our lives; stranger yet that we should know ourselves not directly but through borrowed understandings, through images composed by others’ hands. The officially designated divisions of the humanities will have their ups and downs, but as long as these needs stay in play, the core activity of the humanities will not go away. As Academy member Henry James once wrote, “Till the world is an unpeopled void there will be an image in the mirror.” 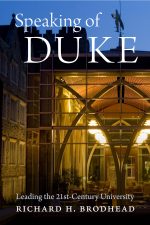