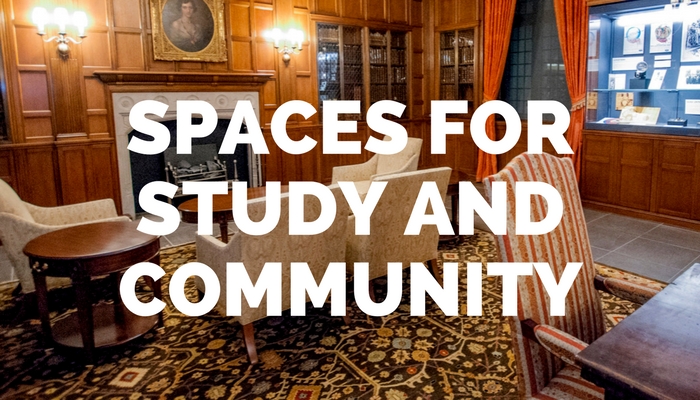 Few parts of Duke have been transformed so completely in recent years as its libraries. During the Duke Forward campaign, we completed two major renovations and expansions that have greatly enhanced the research support and gathering space we provide for today’s students and scholars. Thanks to careful planning, the experience of every library user who walks through our doors has been enhanced by these state-of-the-art facilities that are designed with both form and function in mind.

On the first day of fall semester classes in August 2015, the doors of the David M. Rubenstein Rare Book & Manuscript Library opened to the public, after nearly three years of careful renovation. It represented a crowning finish to the Perkins Project, an ambitious fifteen-year-long initiative to renovate and expand Duke’s West Campus libraries that began in the year 2000. 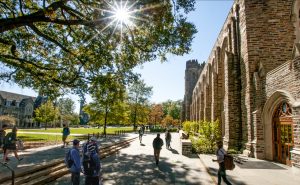 The total cost of the Rubenstein renovation was close to $60 million, but it was David M. Rubenstein’s historic $13.6 million gift that enabled us to get started on creating a model special collections library. The renovation transformed one of the university’s oldest and most iconic buildings into a state-of-the-art research facility, expanded our onsite collection capacity, more than doubled classroom and exhibition space, refreshed three historic rooms, and turned the library into one of the most popular event venues on West Campus. The library’s main entrance was also redesigned to give the entire library complex a more unified and welcoming presence on the historic Abele Quad.

Best of all, since the Rubenstein opened, we’ve welcomed a record-breaking number of visitors to our reading room who are there to consult our rare and unique scholarly materials. More than half of them every year are Duke students.

Example of Impact: The Edge Draws Teams Together 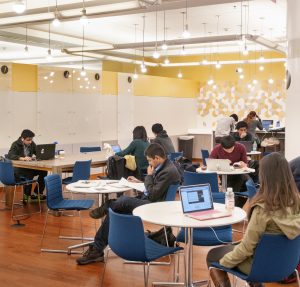 What if you took a bunch of people doing interesting research from across campus, put them in an environment where they could interact and inspire each other, threw in some cool technology for them to experiment with, and watched what happened?

That was the concept behind The Edge: The Ruppert Commons for Research, Technology, and Collaboration—an attractive research incubator space on the first floor of Bostock Library designed to support interdisciplinary, team-based, data-driven research at Duke.

Construction on The Edge started in 2014 and lasted eight months. The space is equipped with tools and workspaces for digital scholarship, reservable rooms for project teams, and expert library staff who can consult on data management, digital project support, and other technology-focused services. Since it opened in January 2015, The Edge has quickly become one of the most popular destinations on campus.