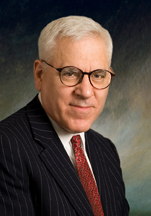 David M. Rubenstein is co-founder and managing director of The Carlyle Group, a global alternative asset manager. He co-founded the firm in 1987. Since then, Carlyle has grown into a firm managing more than $150 billion from 36 offices around the world.

Rubenstein is an active civic leader and serves on numerous boards, including those of the Smithsonian Institution, Johns Hopkins University, the University of Chicago, The Lincoln Center for the Performing Arts, The John F. Kennedy Center for the Performing Arts and the Memorial Sloan-Kettering Cancer Center. Rubenstein is among those who have pledged to donate more than half of their wealth to philanthropic causes or charities as part of The Giving Pledge established by Warren Buffett and Bill Gates.

He is also an avid reader, averaging about six books per week—though he is not a Kindle user—and an outspoken advocate of the power of literacy. He is one of the principal supporters of the National Book Festival, organized each year by the Library of Congress.