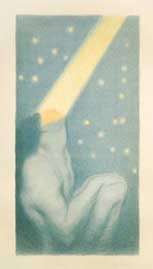 Abel Pann, …And breathed into his nostrils the breath of life…. Lithograph

This exhibit presents an array of artistic interpretations of the Old Testament that range from a 15th-century printed Hebrew Bible leaf to 20th-century lithographs by Abel Pann and artist books by Mordechai Beck and Ben Shahn and others. Opening reception 20 April. Details in “Events.”

Faculty and students founded the Trinity College Historical Society in 1892 for the purpose of collecting, arranging, and preserving written materials and artifacts illustrative of the history of South and North Carolina and to promote the study of southern history through lectures and publications. The Society’s museum, established in 1894, was the precursor of Duke’s Rare Book, Manuscript, and Special Collections Library. 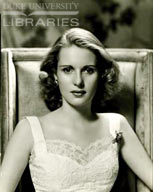 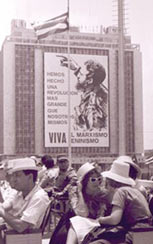 Taken during the early years of the Cuban revolution, the 1,850 images in the Deena Stryker Photograph Collection depict urban and rural life on the island as well as many officials of the new government, including Fidel and Raúl Castro, Ernesto “Ché” Guevara, and Celia Sánchez Manduley. The thirty gelatin silver prints in this exhibit reflect the youth and vitality of Cuba’s leadership in the early 1960s and the optimism of the Cuban people.

Documents and other items related to the Pond’s “society women” advertising campaigns. The exhibit also features advertisements and additional examples of celebrity endorsements found in the collections of the Hartman Center for Sales, Advertising & Marketing History.

The Duke Libraries’ Preservation Department marks its tenth anniversary this year. As part of the ongoing celebration, the Verne and Tanya Roberts Conservation Lab is displaying ten treatments its staff has completed for the Rare Book, Manuscript, and Special Collections Library over the decade. This exhibit will run concurrently with an exhibit mounted by the Digital Production Center to highlight ten collections its staff has digitized. The DPC exhibit is on view in the Preservation Department exhibit case on the lower level of Perkins Library, just outside room 023. 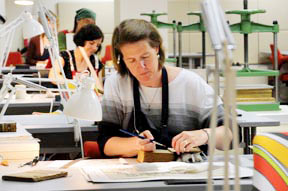 Generally, the Special Collections and Perkins galleries are open Monday–Saturday, 9am–9pm, and 10am–9pm on Sunday. Visit http://library.duke.edu/exhibits/ for more information or call 919.684.3009 to confirm hours.