The Libraries’ annual Parents’ and Family Weekend program featuring a Duke first-year parent. This year’s guest is Rick Hoyle, a social psychologist and Duke professor of psychology and neuroscience and associate director of the Center for Child and Family Policy. Hoyle’s research focuses on the role of self in social behavior; most recently he has been studying the causes and consequences of success and failure at self-control. In this Parents’ Weekend talk titled “Work Hard, Play Hard: The Waxing and Waning of Students’ Self-Control,” he will address questions such as, Why do some students excel at academic work but struggle with maintaining a desirable weight? and Is playing hard actually “work” for some students? He will also propose strategies for maximizing control over personal behavior in a challenging social environment.

What Does It Mean to be an Educated Woman? 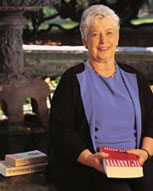 The 4th biennial symposium of the Sallie Bingham Center for Women’s History and Culture will feature conversations on pedagogy, scholarship and activism in women’s education and pay tribute to the career of Jean O’Barr.

Jean O’Barr came to Duke in 1969, teaching a course in African politics that fall in the aftermath of student protests on campus. O’Barr became director of continuing education in the fall of 1971, and in 1983 she was tapped to establish the Women’s Studies Program. For eighteen years she served as the Program’s director, teaching undergraduate and graduate courses, editing journals and books, and founding the Council on Women’s Studies for Duke alumnae. In 2000, she stepped down to join the Program in Education; she retired in the spring of 2008. O’Barr currently teaches the senior seminar for the Baldwin Scholars each fall.

The symposium will open with a keynote address by Lisa Lee, director of the Jane Addams Hull-House Museum, at 4:00pm on Friday, 30 October, at the White Lecture Hall on Duke’s East Campus.

Programming on Saturday, which begins at 9:00am at Perkins Library, will include sessions on activism, scholarship, and pedagogy. For more information and to pre-register, call 919.660.5967 or go to the symposium website.

A discussion of the changing role of the eyewitness account in the creation of historical narrative—with Iran as the context. Speakers will include:

The program will be moderated by Bruce Kuniholm, dean of the Sanford School of Public Policy and a member of both the U.S. State Department’s Bureau of Intelligence and Policy Planning Staff during the Carter administration. Kuniholm is an historian who does research on U.S. policy in the Middle East, U.S. diplomatic history, and national security.

Duke’s Rare Book, Manuscript, and Special Collections Library holds transcripts of the interviews Mark Bowden conducted as well as the interviews Tim Wells did with thirty-six of the 1979 hostages as part of his research for his book 444 Days: The Hostages Remember.

Opening reception for The Bathers: Photographs by Jennette Williams, with remarks by the photographer.

“Viola: Child of the 20th Century,” featuring Jonathan Bagg, violist for Duke’s Ciompi String Quartet. Bagg will discuss the ways in which the viola’s unique voice evolved over several generations, finally coming into its own in the 20th century. Jonathan Bagg is professor of the practice of music at Duke and artistic director of the Monadnock Music Festival in New Hampshire.

“Flute Festivities,” featuring Rebecca Troxler, a noted performer and teacher of both modern and historic flutes. In a “master class”-style demonstration, Troxler will answer questions from the audience as she works with flute students, guiding them in the transition from playing modern flute to performing on an early instrument. Rebecca Troxler has been on the faculty of the Duke University Department of Music since 1981.