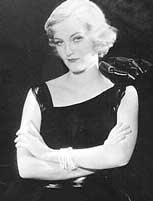 The press dubbed Doris Duke “the richest girl in the world” when she inherited a fortune from her father, Duke University founder James B. Duke, in 1925 at the age of twelve.

Doris Duke lived a colorful life, working briefly as both a reporter and a magazine writer, traveling throughout the world, surfing competitively, and pursuing her passions for the arts, horticulture, and causes such as environmental conservation and medical research.

Upon her death in 1993, Duke left the majority of her estate to the Doris Duke Charitable Foundation. The Foundation recently gave its historical archives to the Duke University Libraries. The archives, 800 linear feet of materials (an amount that, stacked vertically, would be four times taller than the Duke Chapel), includes photographs, architectural drawings, and motion picture footage of Doris Duke and the Duke family.

The papers will open new avenues of research about the Duke family, including their relationship with Horace Trumbauer, whose Philadelphia architectural firm designed Duke’s east and west campuses as well as many of the Duke family mansions.

Doris Duke’s papers, selected papers of James B. Duke, and records of the several charitable foundations she started during her lifetime make up a significant part of the archives. University Archivist Tim Pyatt said, “Most biographies of Doris Duke have focused on her glamorous lifestyle. What is often overlooked is how she continued the family’s pattern of philanthropy. She quietly gave away millions for numerous causes, including child welfare and the performing arts, and was an early champion of South East Asian art in the United States. She also increased the family fortune.”

Records of Duke’s Foundation for Southeast Asian Art and Culture, the Newport Restoration Foundation, and the Duke Gardens Foundation are in the archives now at the Duke Libraries as are documents related to the operation of her properties: Duke Farms, a 2,700-acre estate in Hillsborough, New Jersey, that her father created at the turn of the 20th century; Rough Point, the Duke family mansion in Newport, Rhode Island; and Shangri La, her home in Honolulu, Hawaii, where she exhibited her extensive collection of Islamic art.

Headquartered in New York, the Doris Duke Charitable Foundation (www.ddcf.org) seeks to improve the quality of people’s lives through grants supporting the performing arts, environmental conservation, medical research and the prevention of child maltreatment, and through preservation of the cultural and environmental legacy of Doris Duke’s properties.