Internet Sites Selected for the Readers of Duke University Libraries

The Pew Center on the States: Trends to Watch 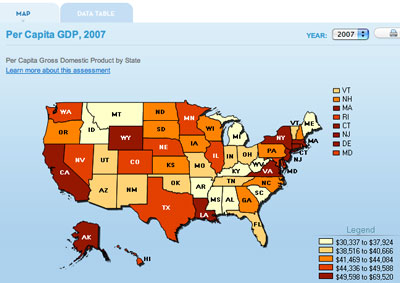 Change is upon us, both at the Libraries—as this issue of the magazine relates—and in the United States. To provide some insight into the nature of future national and state issues, the Pew Center on the States has created a “Trends to Watch” site for policymakers, public officials, and the general public. The site’s homepage presents an overview related to eight major economic, technological, social, and environmental trends and issues likely “to be profound determinants of the prospects of states in the next 10 years.” These issues include migration patterns (“The Big Sort”), liabilities (“Bills Coming Due”), and climate change (“Green Wave”). Visitors can click on each of these eight major trends and issues to retrieve thematic and interactive maps, data tables, and press releases. Additionally, visitors can compare all of the 50 states via handy and easy-to-read charts and graphs. The site is cleanly designed and easy to navigate. Visitors who want to be alerted to additions to the site can sign up for the Center’s weekly online newsletter and its RSS feed.

Short forms, long forms, Alaska Native, and so on. Any way you look at it, the United States Census is a complicated and fascinating feature of our national life. As dictated by the U.S. Constitution, the census is taken every ten years through a process that is evaluated almost constantly. Recently, the U.S. Census Bureau created the 2010 Census site in order to inform the general public about the upcoming census. Visitors to the page can read about census updates and statistical modifications and see the timeline for the 2010 census. The site also contains links to data from previous censuses, and a fun “Did You Know?” section. Interested parties can also look at the current U.S. population, learn about part-time job opportunities with the Census Bureau, and scan frequently asked questions. Rounding out the site are census data from 1990 and 2000, a population finder that allows users to find the population of any area or zip code, and a map of population density.

This seventh edition of the Periodical Historical Atlas of Europe, available in English and French, is a project of Christos Nussli. It consists of maps “depicting with accuracy the states of this continent on the first day of each centennial year from AD 1 to AD 1700.” A legend helps users understand each of the maps, which are presented as expandable thumbnails. The site also links to a bibliography and maps from De Imperatoribus Romanis: An Online Encyclopedia of Roman Emperors. Though the site functions in part as an advertisement for Nussli’s CD version of the atlas, it is nonetheless a useful stop in its own right. 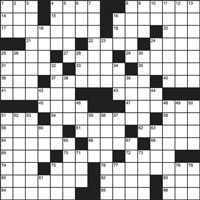 Everyone has had the frustrating experience of not being able to remember a particular word or phrase. Fortunately, there is now the OneLook Reverse Dictionary website that is a remedy for this situation. Essentially, a user enters a concept into a search engine and receives a list of pertinent words and phrases. For example, typing in “joy from the pain of others” returns over one hundred results, including “schadenfreude.” The site offers several additional options, including searches for related concepts, the foreign translation for a word, or basic identifications. Perhaps the most important function of the Reverse Dictionary is that users (if they are so inclined) can also use the database to solve crossword puzzle clues.

Thanks to the Internet Scout Project (Copyright Internet Scout Project, 1994-2009. http://scout.cs.wisc.edu/) for identifying these sites. If you would like to recommend a Web site for inclusion in a future issue of Duke University Libraries, contact Joline Ezzell at joline.ezzell@duke.edu.