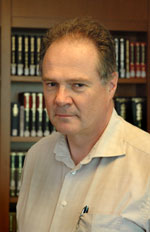 When you can get anything from apricots to zithers delivered to your front door (often with the option of overnight shipping) by shopping online, it may be difficult to believe that librarians sometimes have to leave their computers, their desks, home and country to buy books and other materials for the Libraries’ collections.

Yes, it is true that most of what the Libraries’ acquire, including foreign-language materials, comes to Duke through approval plans and orders placed with domestic and overseas vendors. However, the librarians building our international and area studies collections still need to make periodic trips abroad to buy materials and build relationships in their country (or countries) of interest. This year, Christof Galli, Miree Ku, and Luo Zhou have all been on the road.

In late January, Galli, librarian for Middle East and Islamic Studies, traveled to Egypt to attend the International Cairo Book Fair where he purchased approximately 1,200 titles directly from vendors from various Arabic-speaking countries. He also visited other countries in the region (Lebanon, Jordan, Syria, and Morocco) and met with prospective vendors. Galli said:

The book buying trip did not just allow me to acquire materials ‘in the field,’ but provided me with an invaluable opportunity to engage anew with Middle Eastern culture in a very direct and unmediated way after an absence of several years. Experiencing daily life on the ground firsthand has helped me immensely in gaining insights into the current complex and complicated political, societal, and cultural issues affecting the region. These insights will in turn enhance my ability to build useful and effective collections… 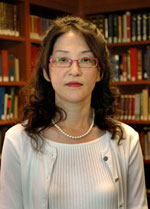 During Korean Studies librarian Miree Ku’s trip to South Korea, she met with officials of the National Institute of Korean History and the Korea Foundation, as well as publishers and vendors. One publisher specializing in literature and history offered Ku his entire catalogue at about half the retail price. Her visit to the National Institute of Korean History was also fruitful. After meetings with researchers and the Institute’s director, Ku received their promise of a gift of copies of all their current publications, if the Duke Libraries would pay the shipping costs. Ku expects to receive books from the Institute this year and next year. She said, “…I am so excited…” and then added, “It was so helpful to me to have established good relationships with them through my previous trips to Korea and attending the annual meetings of the Council on East Asian Libraries.” 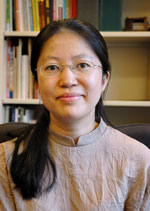 Chinese Studies librarian Luo Zhou visited four libraries in June when she was in China. At the National Library of China she met with the director of the Legislative Service Department and the librarians in charge of the Law Documents Section and the Chinese Studies Documents Section. Zhou came away from the meeting confident that the staff will assist her in getting legal and government information for Duke’s faculty and researchers. While at the NLC, she also met with the librarian in the Gift & Exchange Department to discuss

the Window of China program. The program, in effect from 2006 to 2010, distributes books to foreign colleges and universities. In other years the Duke Libraries received materials through the program, each time with a value of $800. This year, as a result of Zhou’s visit, Duke was selected to receive materials with a total value of $13,000.

Other stops on Zhou’s itinerary included the National Science Library, Peking University Library, and the library at the Chinese Academy of Social Sciences (CASS). At CASS she also received offers of future reference assistance for Duke students and faculty. Zhou said, “The library is rich in statistics on the social conditions in China, which our faculty is very interested in.” She also had a cordial conversation with CASS’s director of international cooperation. “[I learned] that CASS is eager to establish more cooperation with scholars at Duke, and I brought the message back to the director of Duke’s Asian and Pacific Studies Institute.”

In addition to spending time at the four libraries, Zhou met with Beijing vendors of books and databases, as well as film director Wu Wenguang, one of China’s preeminent producers of independent documentary films. Zhou said, “Getting independent films (or underground films) from China is not easy.” Wu talked to her about the history and current state of independent documentary filmmaking in China and suggested titles for the Duke Libraries’ collection.

Luo Zhou, Miree Ku, and Christof Galli, back in their offices at Duke, are still doing follow-up from their travel earlier this year – receiving and managing the processing of materials acquired, ordering items they identified for purchase, and nurturing their relationships with the librarians, booksellers, and others they met with while they were abroad. This fall two of their colleagues will be making their own book-buying trips. Heidi Madden, Western European Studies librarian, will attend the Frankfurt Book Fair, and Holly Ackerman, librarian for Latin America and Iberia, is headed to Guadalajara, Mexico. Ackerman and Madden anticipate that their trips, like those of Galli, Zhou and Ku, will result in richer collections for the Duke University Libraries and better support for the work of students, faculty, and other researchers.