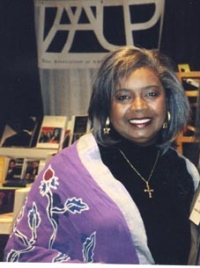 Known for her pioneering work in African American women’s studies, Hine is the highly-regarded co-editor of Black Women in America, one of more than fifteen books she has authored or edited on topics related to African Americans and women. In addition, Hine has received numerous honors, including induction into the American Academy of Arts and Sciences and fellowships at Harvard University, Stanford University, and the National Humanities Center in North Carolina. (Simone Isham)