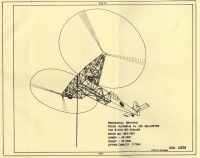 During the Second World War, the Allies feared that German applications of science and technology were superior to their own and might be a determining factor in the outcome of the conflict. Consequently, as Allied troops secured German territory, British and American intelligence agents swept in behind them to gather information, specifically targeting the operations of industrial leaders like Bosch, Siemens, Agfa, Daimler-Benz, Krupp and Farben. The reports the agents prepared form an unusual collection of booklets that is part of the Duke University Libraries’ Special Collections Library.

Duke’s collection is referred to as Science and Technology in Germany During the 1930’s and 1940’s. It includes over 3,000 individually titled reports on industries and technical applications that were of particular interest to the Allies, including armaments, communications, chemical warfare, aviation, naval technology, engineering, rubber production, the automobile industry, oil fields, synthetic fuels, rocketry and jet propulsion. The authors of the reports were civilian experts and military specialists, a cadre of some 12,000 investigators who submitted detailed descriptions, technical drawings, statistical reports, charts and graphs, and summaries of interrogations of German scientists.

The reports are a rich resource for researchers interested in the economy of the Third Reich or the history of science around the time of the Second World War. Although many are related in some way to armaments, a host of other topics are also covered.

When the reports were published, they were made available to both industrial firms and the general public. Buyers, corporate and individual, tended to purchase only the reports that related to their area of interest. The Duke Libraries, on the other hand, acquired 2,858 reports in 1983 from British sources and a second lot of over 200 in 1990, making Duke’s extensive collection exceptional. The reports, researched from 1944-1947 and printed 1946-1949 in England, complement the Rare Book, Manuscript, and Special Collections Library’s large collection of Nazi imprints and help fill out a picture of this era for anyone studying the rise and the resources of the Third Reich.

Quotes from “German Methods of Wall Decoration,” #876, which consists of reports on individual factories, recipes for wall covering mixes and paint removers, diagrams, photographs of rollers in action

Artekobin Ges. Gerhard & Co. “Former premises and plant 100% destroyed and now carrying on in a small shed. The process of manufacture is confined to hand-punching small shapes of sponge rubber from sheet and to gumming the former individually on wooden roller. The process employed is laborious and primitive and compares unfavourably with the methods of other manufacturers referred to later in this report.”

Continentale Coutchouc & Guttapercha Werke, A.G. “…the largest Rubber Goods Manufacturers in Germany.” They make cylindrical coverings for Stippling Tools which “produce a large variety of wallpaper-like effects.” “We have seen a number of rooms attractively decorated by means of these Tools.”

From “German Activities in the French Aircraft Industry,” #610. “Object of their visit was to obtain information on all work done for the Germans by the principal French aircraft factories outside the Paris area during the occupation.”

The report covers aircraft design and production with description of the manufacture of individual parts and diagrams and photographs of planes, including Junkers. Some of the work was construction and repair, but it also covered designs and prototypes for new German aircraft. The French reported that at times, over their objections, the Germans transported all the machine tools and laborers out of a French factory and into Germany. The French, in one form of retaliation, reported that sabotage in the work they did for the Germans was “rife.” An example was putting emery powder into a graphite grease used in assembly, with “effective results.” The French got the emery powder from secret drops provided by the British Royal Air Force. 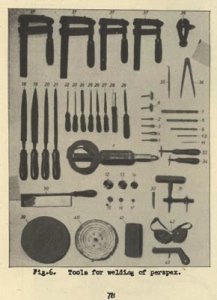 The Schacht Marie Salt Mine, Beendorf (Dispersal of Siemens, Berlin), #2388

In order to move German industry away from bombing near Berlin, some went underground. This report is a 1945 investigation of the Siemens factory operations for the manufacture of aircraft instruments and autopilots, which went under cover in 1944. Investigators found the plant “in a disused salt mine at a depth of approximately 1200 feet. There are approximately 14 miles of tunnels and 150 main chambers of which 39 were planned to be used [for manufacturing].” Wiring had been installed and machinery moved in, but the plant had not yet gone into production when it was captured by American forces. It was “laid out for about 2000 men [employed] in two shifts,” and was within a month of being ready. At the time of its capture, there were “600 Germans and 400 foreigners” working there.

The remaining spaces in the mine were used for storage by the Luftwaffe. The Allies confiscated thousands of cases of parts for guns, photography equipment, raw silk and rigging for parachutes, airplane parts, bombsights, compasses, motors, and naval torpedoes.

4 thoughts on “The Factory Front: Science and Technology in WWII”