Excerpted from remarks University Librarian Deborah Jakubs delivered at a service to celebrate the life of John Richards (November 3, 1938-August 23, 2007). The service was held on 14 September 2007 at the Duke University Chapel. 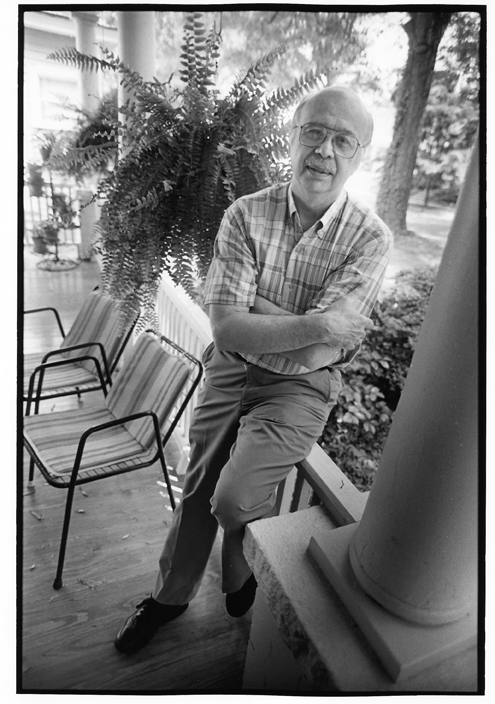 John Richards wasted no time in becoming involved with the libraries at Duke. Barely a year after he came to the University in 1977 to become a member of the History Department faculty, President Terry Sanford invited him join the Library Council. John soon became chair, a position he would again hold in the mid-1990s; he served with enthusiasm over and over again. During the last year of his life, John served on the Executive Committee of the Friends of the Duke University Libraries.

John was warm, kind, and encouraging. When it came to the Libraries, he was all those things as well as passionate, insistent and bold. John was one of the most enlightened faculty at Duke regarding the advantages of online primary sources, and he worked hard to promote those investments. But he did believe in the critical importance of continuing to build collections, physical collections, of primary and secondary materials from around the world, and held firm to his conviction that the richness of collections in our libraries was essential to the work of faculty and students at Duke. He deeply appreciated the help of the library staff and respected them greatly. He championed the Libraries, and particularly the collections budget. For John, the library was to the humanist as the laboratory is to the scientist.

The relationship between a faculty member and a research librarian can be one of intellectual intimacy. Being engaged in a shared quest for the scholarship that will support an argument, confirm a suspicion, prove a hypothesis, or establish a thesis, creates a special bond, one John had with a number of librarians at Duke, including Avinash Maheshwary and Margaret Brill, in his work on South Asia and many related topics. He was also committed to collaboration in vernacular South Asian studies library collections within the Triangle Research Libraries Network (TRLN), encouraging broad collecting in all relevant languages of the sub-continent.

I am confident that John Richards will always hold the record for service on the Library Council. But, much more importantly, John will long live on in our noteworthy research collections, collections he helped to build, collections that will nourish the minds of generations of undergraduate and graduate students and serve as a solid foundation for future scholarship.