After your first random fifteen minutes of any (non-dubbed) anime you’re bound to be overwhelmed by its otherworldliness. You will encounter a different gravity, an unlikely atmosphere, an unexpected moisture. Tangible one moment, it melts into a strange texture the next. Once caught by its ocular excess and sonic gestalt, your sense of the imaginable future is radically changed. The growth in Western audiences for anime over the past decade testifies to the addiction these worlds induce… Dive in-things become viscous, shiny, loud. This is the appeal, the fascination, the allure of anime.

– Philip Brophy from his introduction to 100 Anime, British Film Institute, 2005 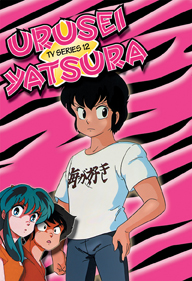 Anime, pronounced a˘n´-ma¯´, describes a Japanese animation style as well as the films created in that style. Unlike American animation, which is predominantly a children’s medium, anime, with richer and more challenging story lines, is the major form of visual entertainment in Japan. Anime also differs from Western animation in its use of sophisticated cinematic effects such as panning shots to create background motion and shifting the visual focus from background to foreground. The artistic rendering of anime characters-their large eyes, tiny mouths, and wildly colored hair, instantly recognizable-further distinguishes the style from Western animation. Another hallmark of anime is its relationship to other media, including video games and manga (Japanese comics and print cartoons). It’s quite common for anime to be based on a manga or even a video game – and vice versa.

The first anime to appear on U.S. television was Astro Boy, which aired in the 1980s on NBC at about the same time that anime broke into the U.S. film market with Akira (1989), directed by Katsuhiro Otomo.[1] Anime was firmly established in the U.S. by the 1990s when the television series, Sailor Moon, began airing. These early successful forays into American homes and theaters were followed by the arrival of blockbuster anime feature-length films like Hiyao Miyazaki’s Spirited Away (2001) and Howl’s Moving Castle (2005).

The Genesis of the Duke Libraries’ Anime Collection

In 2002 the Freeman Foundation made a four-year grant to the Libraries’ International Area Studies Department (IAS) to expand its support of undergraduate education and teaching in Japanese Studies. Professor Tomiko Yoda of Asian and African Languages and Literature (AALL), and Kristina Troost, the head of IAS and librarian for Japan and Korea, worked in collaboration to build a collection of manga and anime. Professor Yoda uses these resources in “Topics in Japanese Anime,” a course she teaches regularly to capacity enrollments. Professor Yoda recently related these observations about her class and its relationship to the Libraries’ collection:

Anime has offered me both opportunities and challenges as a teacher. It is the first cultural medium produced in Japan that has been almost instantaneously subtitled/dubbed and distributed in the U.S. The availability of diverse anime titles allows me to organize undergraduate courses, in which I teach students with no background in Japanese language, under a large range of specific themes. I have never taught a material that so many students express such powerful personal interest in.

In the Duke classrooms today, we have a generation of students who grew up in the U.S. and around the world-including China, Hong Kong, Taiwan, England, Brazil, Mexico-watching various anime series on television. Part of the challenge of teaching anime lies in the fact that my course has tried to treat not only anime films but also TV animes that can span 13 to 26 episodes per season, and some titles go on for multiple seasons. I assign selected episodes from these series. But without the library’s willingness to collect these long and expensive series (which also poses some cataloging and shelving challenges), I would not be able to handle TV anime series.”

Professor Yoda continues to recommend new anime titles for addition to the Libraries’ collection, which currently includes almost two hundred DVDs. And while anime are readily available for purchase, the Libraries still encounter various challenges in acquiring them. One is sorting out series and the titles belonging to each. Another is deciding whether to buy the Japanese DVD release of an anime, which will not play on North American DVD players, or to wait for several months, if not longer, for the U.S. release. If a title has been requested for use in a class, the Libraries may decide to import it from Japan and then purchase another copy when the anime becomes available in the U.S.

And then there is the question of language. Some fans prefer the original Japanese voice acting with subtitles because they feel they are experiencing the film more nearly as the creator envisioned it. However, in recent years serious fans in increasing numbers have begun to prefer English dubbing-especially as Western producers spend more money to add a high-quality English language track.[2] Most currently released anime DVDs come with both options: original Japanese language track with optional English subtitles and a dubbed English track.

So, delve into the marvelous, otherworldly realm of anime, at Duke or another library near you.