Congratulations on making it through another academic year! Now that we’re just about done with final exams, why not catch up on some reading? As always, our New & Noteworthy and Overdrive collections are waiting for you!

On a somewhat sadder note, this will be my final What to Read post, as I will be leaving Duke next week. I’ve had such a fun time curating this series for the past couple of years, so I’ve decided to leave you with some of my favorite titles I’ve selected for this series. Enjoy, and have a great summer! What to Read will be back soon with a new author. 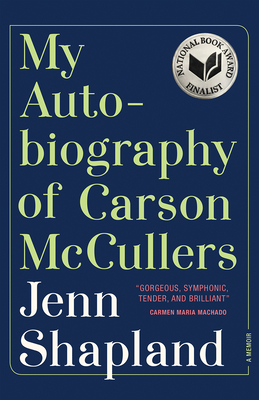 My Autobiography of Carson McCullers by Jenn Shapland. In this genre-bending memoir (not a biography, though it contains elements of one), Shapland comes to understand facets of her own life as a queer and chronically ill person while studying the life of Carson McCullers, the renowned 20th-century Southern Gothic novelist, and herself a queer and chronically ill person. McCullers, perhaps best known for her novels The Heart Is a Lonely Hunter and The Member of the Wedding, empathetically wrote of outsiders in her fairly short lifetime, drawing on a personal experience that Shapland finds to have been largely overlooked by her biographers. Her experience with McCullers begins with an internship at the University of Texas at Austin’s Harry Ransom Center, an archive in which she discovers a number of McCullers’ love letters to another woman. What follows is a strong investigation into McCullers’ life as a lesbian in the mid-twentieth century, interspersed with Shapland’s personal anecdotes about coming to terms with her own sexuality. Throughout this intense discussion of McCullers’ life, Shapland readily questions her own perception of the author, and her personal identification with her, making for an engaging and self-aware read. You can read reviews here and here. 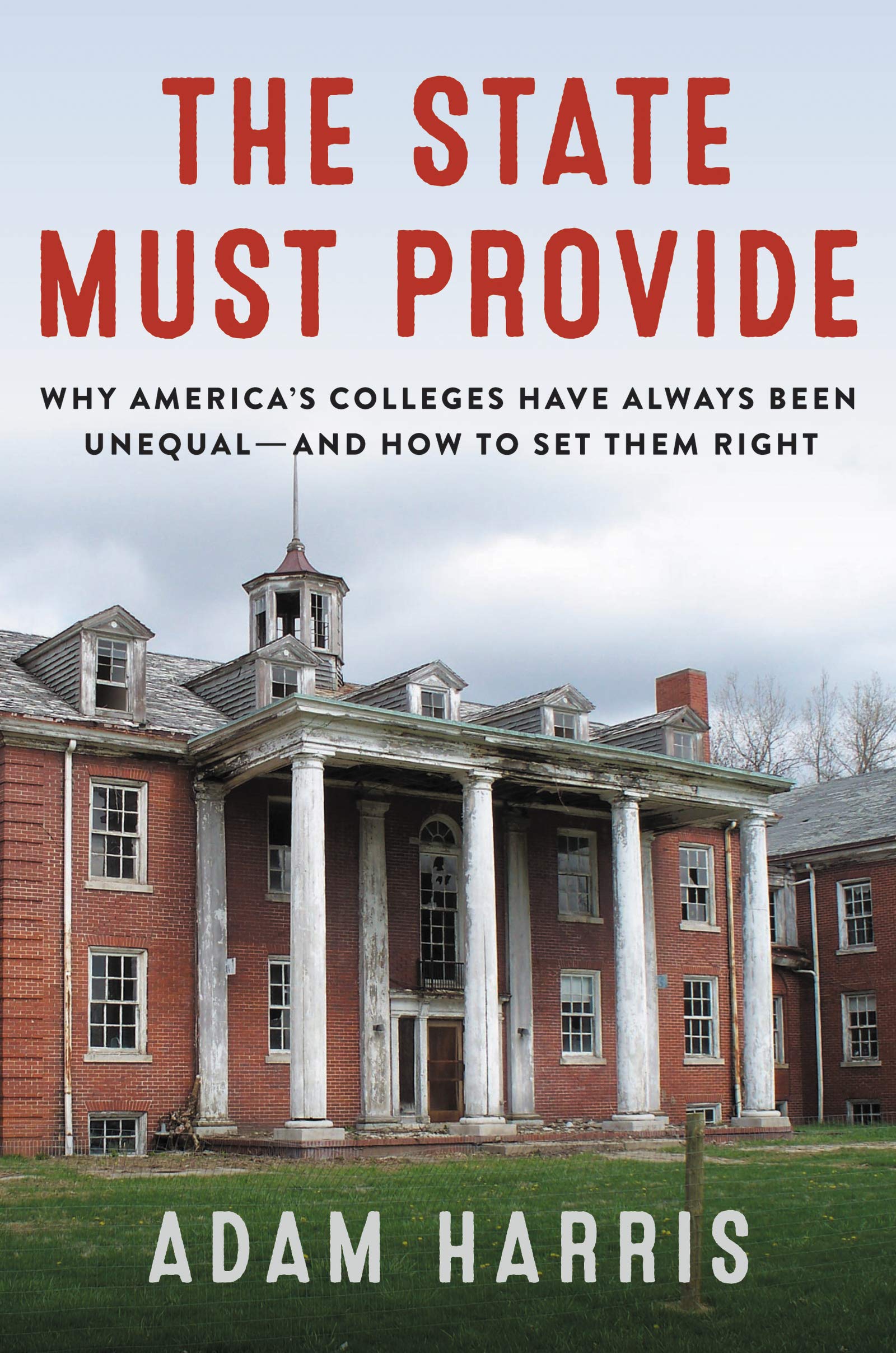 The State Must Provide: Why America’s Colleges Have Always Been Unequal–and How to Set Them Right by Adam Harris. In this book, Atlantic staff writer Harris takes an incisive look at the resource-related disparities that often exist between historically Black colleges and universities (HBCUs) and predominantly white institutions, focusing particularly on the policy decisions–historical and current–that underpin them. Harris reveals that so many HBCUs were essentially set up to fail from their inception, with federal and state governments working to maintain segregation in American higher education while also deliberately underfunding predominantly Black institutions. These issues of chronic underfunding persist to this day, leaving many HBCUs egregiously lacking in resources. In chronicling this history, Harris also provides compelling portraits of the many Black scholars across generations who have worked to rectify these imbalances, and also weighs the benefits of many potential solutions to this systemic problem. You can read a review here and listen to an interview with Harris here. 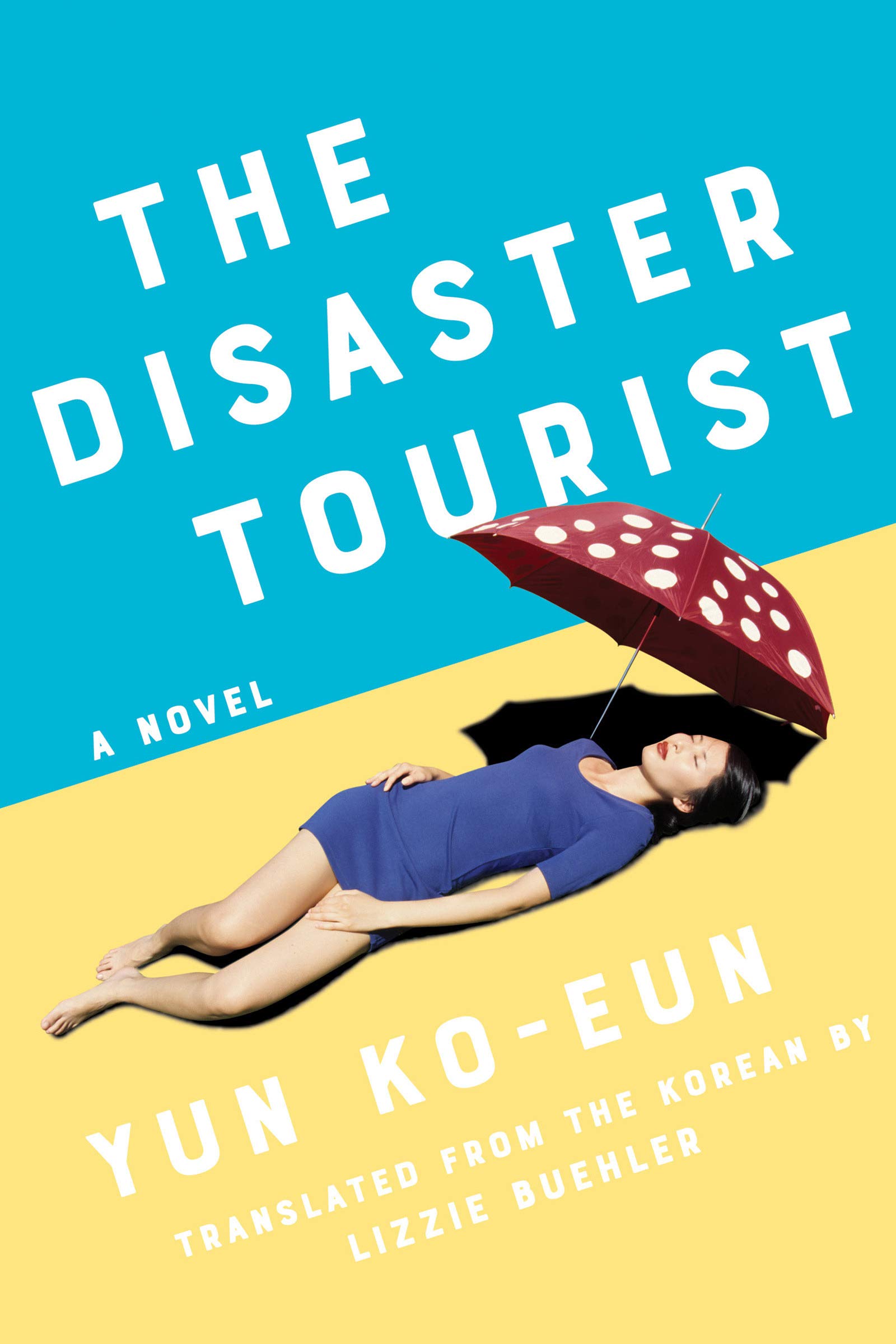 The Disaster Tourist by Yun Ko-eun (translated by Lizzie Buehler). In this dark satire of late-stage capitalism, originally published in South Korea in 2013 but published in English for the first time in 2020, Yun tells the story of Yona, an employee at a travel company that specializes in disaster tourism, arranging tours to locales devastated by all kinds of momentous crises for the perceived moral betterment of their customers. Yona has worked for the company for 10 years, coordinating tours and assessing what locations would bring in the most clients, but is on the brink of quitting after facing the sexual harassment of her boss and getting demoted for no clear reason. In a last-ditch effort to keep her in the company, she is directed to travel to an island called Mui, the company’s least popular destination. There, Yona discovers a seemingly ludicrous plot being carried out by the company: to bring in more clients, the company will create a disaster on the island, one that will surely kill a significant number of its inhabitants. From here, Yona must make some critical decisions, and Yun portrays her subsequent period on the island in a terrifying and yet darkly humorous way. You can read reviews here and here. 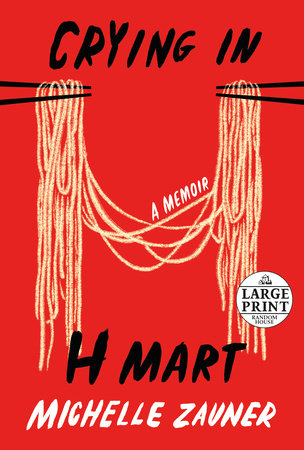 Crying in H Mart by Michelle Zauner. In this memoir Zauner, founder of the band Japanese Breakfast, depicts her often complicated relationship with her mother Chongmi, as well as her grief following Chongmi’s death from cancer in 2014. Though Zauner describes a childhood and adolescence in which she attempts to distance herself from her and Chongmi’s Korean heritage (Zauner’s father Joel is white American), she finds that her ties to her mother always remain in some form, and often hinge upon their shared love of Korean cuisine. Just when Zauner begins to increasingly reconnect with her mother in her twenties, Chongmi is diagnosed with cancer. Zauner describes the futility of the treatments and her mother’s slow death, and spends the rest of the book depicting the ways in which her intense grief shaped her life and musical work. In describing these emotionally wrought events, the memoir serves as a unique meditation on the relationship between food and identity, as well as grief. You can read reviews here and here.

Chouette by Claire Oshetsky. Oshetsky’s debut novel tells the otherworldly story of Tiny, a cellist living with her reliable–if somewhat boring–husband, who inexplicably has an affair with a female owl and even more inexplicably becomes pregnant with a hybrid owl-human baby, the eponymous Chouette. Despite the child’s obvious strangeness, which isolates Tiny from others in her life and evokes dire warnings from nearly every doctor who sees her, her mother immediately loves her unconditionally. She is fully supportive of Chouette and seeks not to change her, even as she is forced to give up her career and even as Chouette’s undeniably owl-like behavior completely upends all normalcy in her life. She faces a tough battle in this determination as her husband seeks exactly the opposite, pursuing “cures” for Chouette at every turn. In tracing Tiny’s pregnancy, Chouette’s early childhood, and her later independence, Oshetsky, who is herself autistic and a mother, offers a unique meditation on the nature of neurodivergence, pregnancy, and motherhood, the fantastic elements of her story providing a unique lens through which to view and understand these massive topics. You can read reviews here and here.