The 5 Titles series highlights books, music, and films in the library’s collection featuring topics related to diversity, equity, inclusion, and/or highlighting the work of authors from diverse backgrounds. Each post is intended to provide a brief sampling of titles rather than a comprehensive overview of the topic. This month, the five titles have been selected by RIS intern Mikayla Brooks.

The science, technology, education, mathematics (STEM) field is full of breakthroughs and notorious accomplishments; big names like Isaac Newton, Charles Darwin, and Stephen Hawking immediately come to mind. The gentlemen have contributed notable achievements in the field and have had a lasting impact on history. But scientific history is about the women who also made incredible advances in STEM. Some of the names you might know and some you might not. But nevertheless, their contributions and advancements aided in understanding our world and making it a better place to live.

The 5 Titles are selected from Duke University Libraries; they reflect the stories of these women, their personal lives, and their struggles. These women had society’s expectations thrust upon them, in addition to overcoming personal, professional, and mental strife to do the work they did. The selected titles recognize five women, Rosalind Franklin, Hedy Lamarr, Kathrine Johnson, Jane Goodall, and Lise Meitner for their pioneering research and lasting contributions.

Rosalind Franklin: The Dark Lady of DNA by Brenda Maddox (2002). Rosalind Franklin, called “our dark lady” by her colleagues, was all but airbrushed out of the picture. During her 27 months’ work at King’s College London, she was able to capture photographs of crystallized DNA. These photographs, shared with Watson and Crick without her permission, helped piece together the puzzle of the double-helix. Maddox’s book takes a critical look at the triumphs and tribulations in Rosalind Franklin’s life. “She paints a portrait of a complex, contradictory, fiercely passionate, and passionately fierce woman whose proper place in scientific history is still debated.” 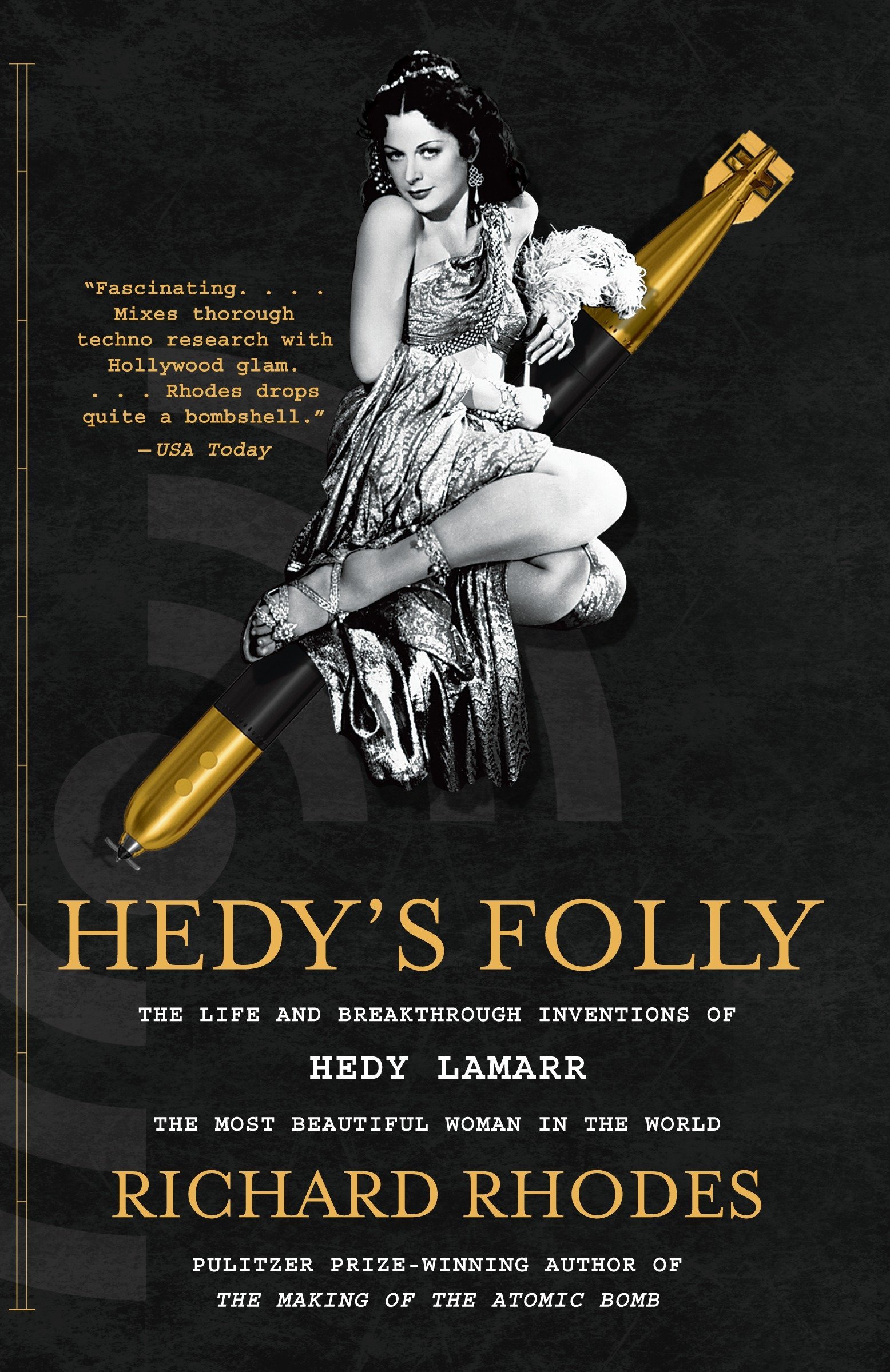 Hedy’s Folly: The Life and Breakthrough Inventions of Hedy Lamarr, the Most Beautiful Woman in the World by Richard Rhodes (2011). Hedy Lamarr was born in 1913 to a Jewish family in Vienna as Hedwig Kiesler. Her natural beauty became apparent as a teenager and she soon started to appeared in German films. The first of her six husbands, a wealthy arms merchant, “was a man who entertained German and Austrian weapons developers. No one in their social circle was able to appreciate that Lamarr could keep up and contribute in “their conversations about submarine torpedoes and remote-control devices.” When her husband tried to make her give up acting, she divorced him. Kiesler moved to Hollywood, became Hedy Lamarr, and was soon a beautiful starlet in films. “But, Hedy Lamarr was always much more than just a Hollywood starlet.” The Austrian-American actress was also a tech-head, taking inspiration from the self-playing ‘player piano’ to create various inventions, like the frequency-hopping technology that became a precursor to the secure wi-fi, GPS and Bluetooth now used by billions of people around the world. Richard Rhodes’s biography, Hedy’s Folly, gives this side of her story its due, as previous works published have barely any (in some cases almost no) accounts of her work as an inventor. 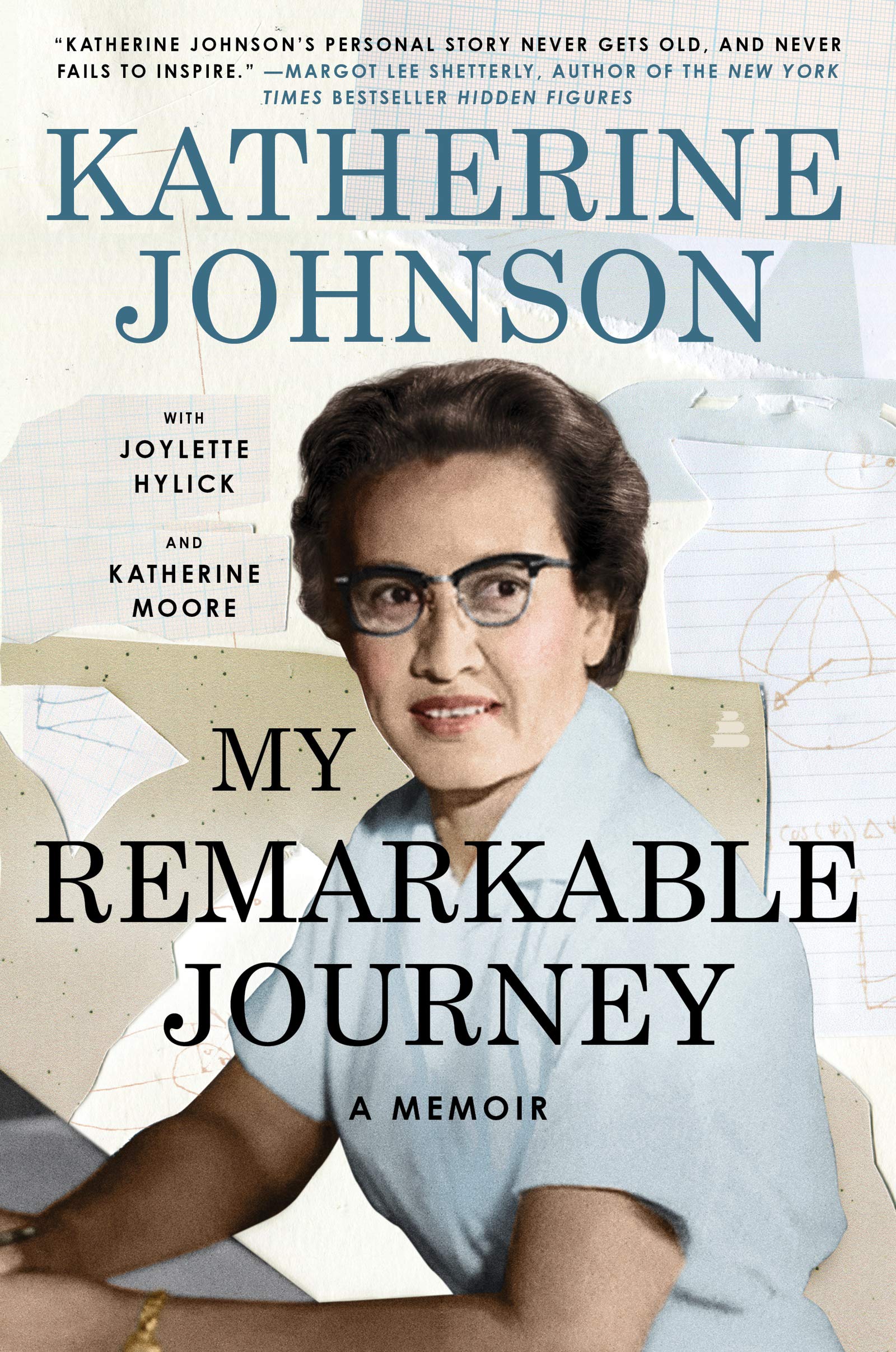 My Remarkable Journey: A Memoir by Katherine Johnson with Joylette Hylick, Katherine Moore, and Lisa Frazier Page (2021). Katherine Johnson was turned into an international star by the book (and then movie) Hidden Figures by Margot Lee Shetterly. Her story — rising from anonymity and discrimination to become a research mathematician whose precise calculations helped many vital projects, including John Glenn’s 1962 orbit of Earth — has inspired many. My Remarkable Journey was written with her daughters Joylette Hylick and Katherine Moore and completed after Johnson’s death. The memoir offers a more personal perspective with Johnson discussing some of the disparities between her life and what we saw on screen. “This book focuses on Johnson’s personal life, including many experiences that reveal insight into the United States’ tumultuous race relations in the 20th century. My Remarkable Journey showcases examples of relentless determination in the face of adversity that linger with the reader, showing what truly makes Johnson’s journey remarkable.” 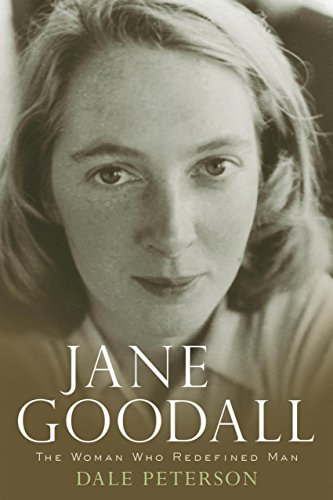 Jane Goodall: The Woman Who Redefined Man by Dale Peterson (2006). “The iconic image is imprinted in our minds – the willowy young British woman with the blonde ponytail. She’s standing in the forest with a wild chimpanzee sitting by her side, a hairy hand tentatively reaching out to touch her khaki shorts.” Jane Goodall is a figure we all know and love; her notoriety and image has been splashed across magazines and articles alike. The draw of Goodall’s status does not lie in her being a movie star, politician, or influencer, but by working hard at issues she believes in. “In Jane Goodall: The Woman Who Redefined Man, Dale Peterson provides an exhaustive chronology of her life to date.” This biography illustrates the complicated and fascinating woman in equal measures with the pioneering researcher. Dale Peterson created a work that provides a remarkable account of what a person can accomplish through courage and self-sacrifice — a reminder of what can be accomplished with commitment. 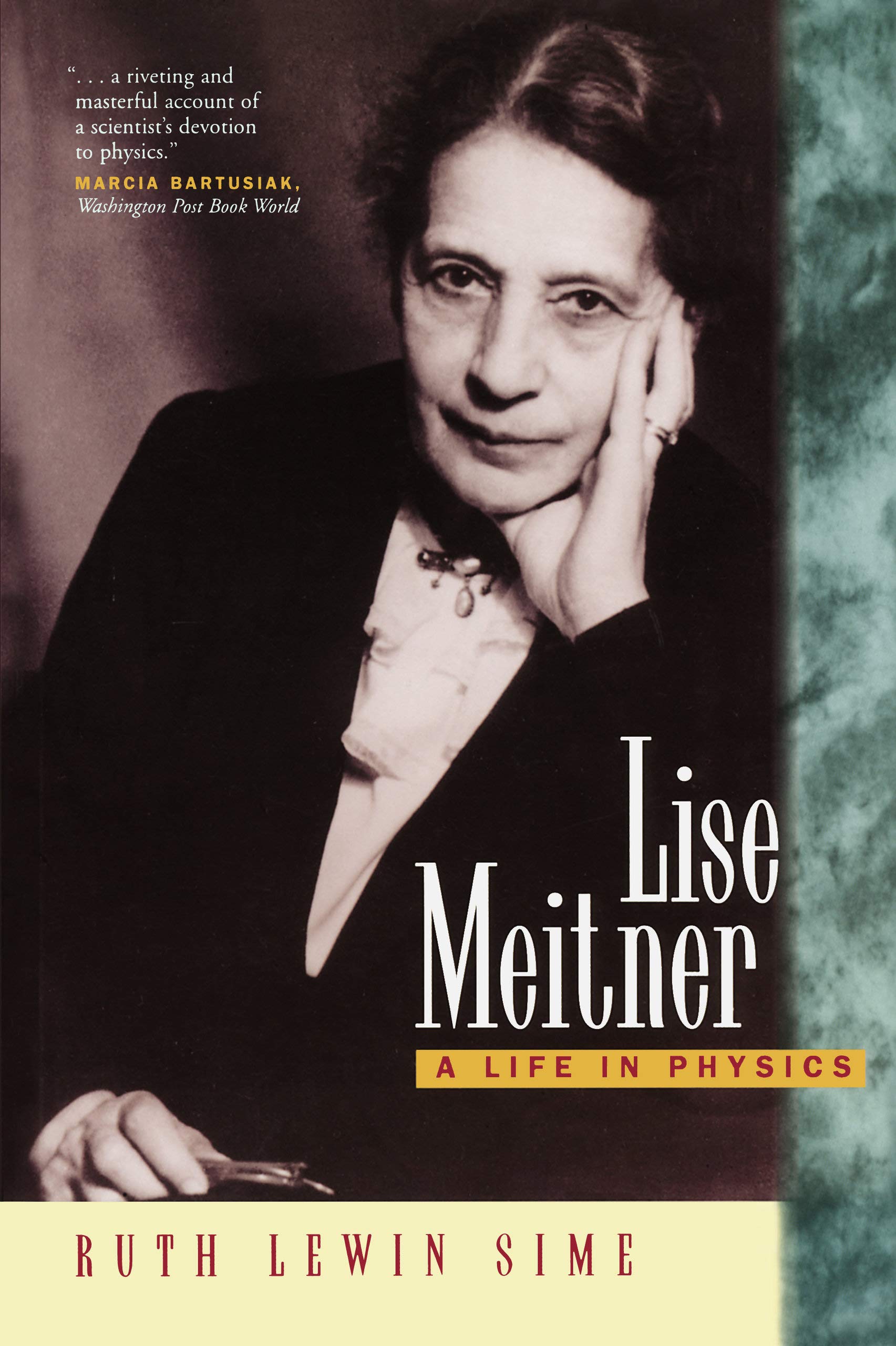 Lise Meitner: A Life in Physics by Ruth Lewin Sime (1996). Lise Meitner and other scientific trailblazers were able to unlock the science of existence at the very make-up of the physical level; their understanding of the atom and achievements made remain astonishing. All scientific pioneers must deal with obstacles, but for Lise Meitner, there were added personal factors. “As a woman in the early twentieth century, she struggled to be taken seriously as a scientist. In her later years, when categorized as a “non-Aryan,” she would become keenly aware that as humanity drew nearer to an understanding of the building blocks of our world, we were ever more imperiled by our capacity for destruction.” Ruth Sime presents an account of Lise Meitner’s life and scientific career from her formative years to the implications of war and the Third Reich on her personal and professional life. With expertise and finesse, Sime explains the value of Meitner’s research, and writes about the publicized and private aspects of Lise Meitner’s life and the ongoing work she did.