Welcome back to What to Read This Month! Quick confession: since the semester ended, I’ve been so busy catching up on my reading list that I’ve nearly forgotten to recommend a fresh batch of books for May. Fortunately, I have a number of great titles to choose from, as you’ll see below. Of course, these five books represent only a miniscule fraction of the titles we’re continually adding to our New & Noteworthy and Overdrive collections, so if you’re in need of some additional summer reading, head over there!

How to Order the Universe by María José Ferrada (translated into English by Elizabeth Bryer). In this novel, Ferrada tells the story of M and D, a father-daughter duo of traveling salespeople peddling hardware in Pinochet-era Chile. M, who is seven years old, begins her foray into entrepreneurship when D realizes that his daughter has a knack for attracting customers. Though M has to skip school and deceive her mother to join D on his sales, doing so is fairly easy owing to her mother’s general emotional distance, which has been exacerbated by recent personal losses related to the Pinochet regime. As M travels with her father, she begins to grow up, and her increased realizations and understanding of the world around her are shaped by her business and familiarity with the products she hawks with D. Though she adores her father and her ability to travel with him, over the course of the novel M is frequently forced to come to grips with staggering loss and political tumult as the Pinochet dictatorship upends her life and the lives of those around her. You can read reviews here and here. 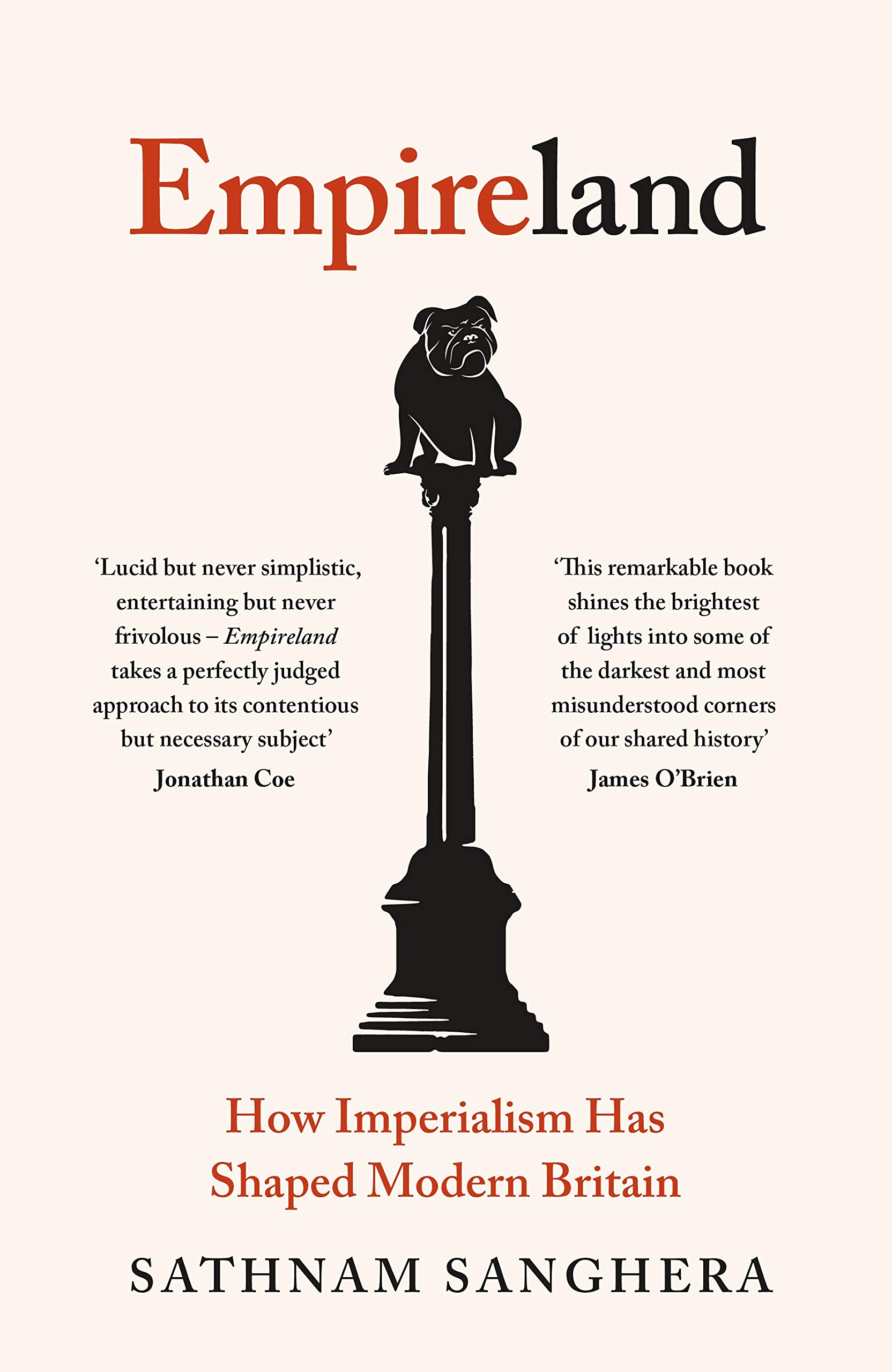 Empireland: How Imperialism Has Shaped Modern Britain by Sathnam Sanghera. In this book, journalist Sanghera discusses the general reluctance of modern-day British society to reckon with its imperialistic history, and the reasons why this reluctance has taken the form that it has. Arguing that empire is still a highly influential force in the United Kingdom today, Sanghera focuses both on the history his country is willfully choosing to forget, and the ways in which this refusal has enabled contemporary racism in Britain and has justified attempts to reject its present-day status as a multicultural nation. In writing his account, Sanghera cites the general erasure of brutality committed by British imperialist forces, such as its 1903 invasion of Tibet, as well as the contributions of imperial citizens to British society at large. He also links the content of the book to his own personal experience, contextualizing the racist violence he witnessed as a child of Indian Punjabi immigrants growing up in 1980s Wolverhampton. In all, while the book is often a heavy and disturbing read, it is also moving in the way it highlights these often overlooked elements of British history. You can read a review here and listen to a discussion with Sanghera, presented by Amandeep Kaur Bhangu and hosted by the UK Punjab Heritage Association, here. 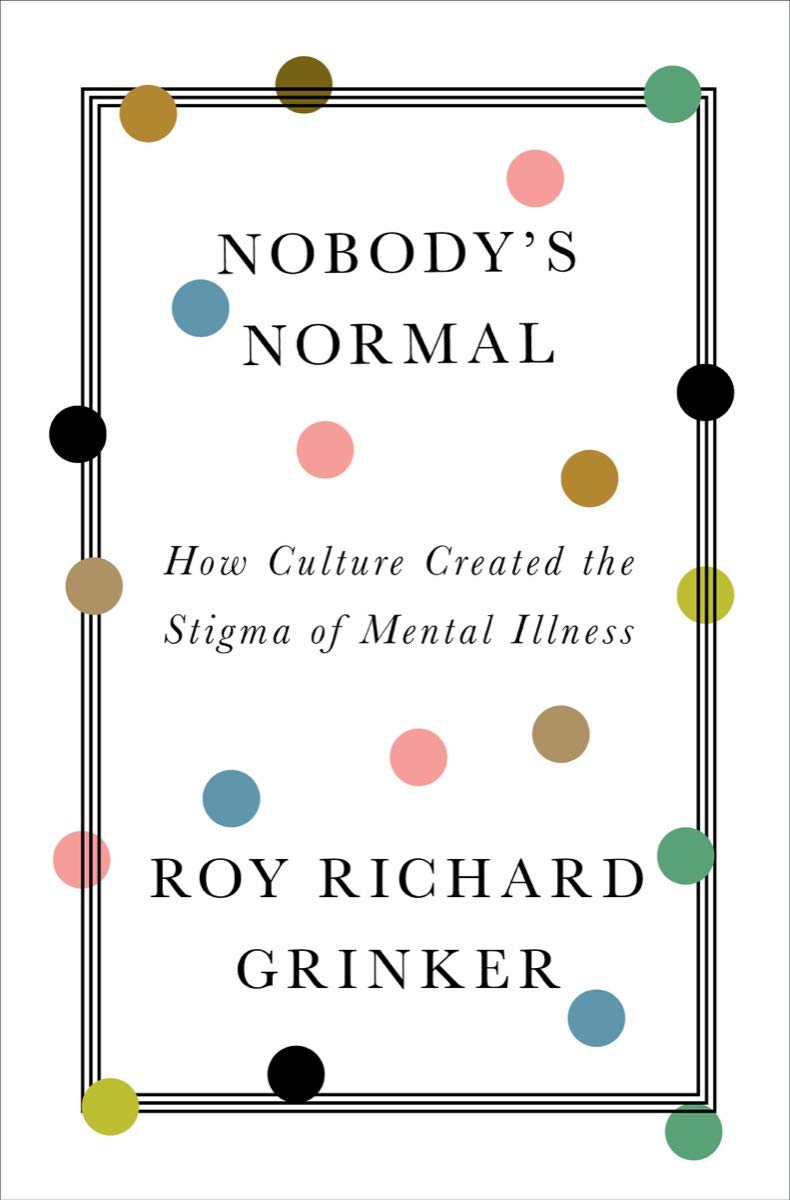 Nobody’s Normal: How Culture Created the Stigma of Mental Illness by Roy Richard Grinker. In this book, anthropologist Grinker discusses the ways in which cultural ideas of normalcy have given rise to an entrenched and pernicious stigma surrounding mental illness. He traces the history of terms that have been extensively used to stigmatize mentally ill people, such as “mad,” and discusses how these terms have historically been used to stigmatize marginalized populations in particular; those in power, he notes, have largely been able to avoid being branded with such terms. Though the exact nature of the stigma surrounding mental illness has changed, he writes that this inequality is still certainly present in modern-day perceptions of mental illness, discussing how some of the most stigmatized mental illness diagnoses today are disproportionately applied to marginalized people. Ultimately, Grinker argues that this development of stigma is inextricable from capitalism, colonialism, and the influence of Western religious thought. You can read reviews here and here.

The Doctors Blackwell: How Two Pioneering Sisters Brought Medicine to Women—and Women to Medicine by Janice P. Nimura. In this biography, historian Nimura takes a detailed look at Elizabeth Blackwell, the first woman to receive a medical degree in the United States, as well as her sister Emily Blackwell, herself a physician whose legacy is often overshadowed by Elizabeth’s. Nimura emphasizes Elizabeth’s unusually tenacious character and her determination to obtain a medical degree, a threatening prospect to a medical establishment that feared women doctors would prove to be too successful with women patients. Emily followed with her medical degree, and together, the two eventually opened the first hospital to be staffed by women. While Nimura includes numerous fascinating stories about Elizabeth’s life, she is also quick to point out her serious flaws of character that are often erased in her status as a cultural icon: for instance, she is unflinching in her discussion of Elizabeth’s lifelong opposition to women’s suffrage. The biography is also unique in its vivid portrait of Emily, whom Nimura describes as a generally more effective doctor compared to Elizabeth, and as a woman who navigated multiple same-gender partnerships in the 19th-century US. You can read reviews here and here. 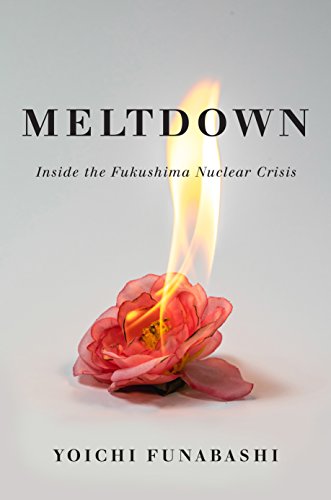 Meltdown: Inside the Fukushima Nuclear Crisis by Yoichi Funabashi. This year marks ten years since the Fukushima Daiichi Nuclear Disaster, and in this new book, journalist Funabashi offers an exhaustive account of the disaster itself, its continuing aftermath, and its implications for Japan and the world at large. Funabashi has been chronicling the disaster since it occurred in 2011, and the book is the result of his interviews with hundreds of people, including Fukushima Daiichi Power Plant personnel, members of the Japanese military, and Japanese government officials. Though one leaves the book with a strong impression of the factors leading up to the disaster and its occurrence, much of the book is focused on the present and future, as Funabashi dwells on present cleanup efforts, the complications surrounding the long-term management of the disaster site, and the future of energy policy in Japan. Ultimately, in his depiction of the disaster, Funabashi argues that, although Japan is in need of sustainable energy sources, it has proven to be unprepared for harnessing nuclear energy, citing the mismanagement of evacuation during the disaster as well as the role that insufficient safety regulations played in the disaster itself. You can listen to two interviews with Funabashi here and here.