Hello again! I don’t know about you, but for me, February went by in a flash and I can’t believe we’re now inexplicably near the mid-point of the semester! If you’re looking for something new to read in this last little slice of February, look no further. Or actually, do look further: as always, our New & Noteworthy collection and our Overdrive collection are adding new titles all the time. I also recommend checking out our new 5 Titles series, which highlights the works of underrepresented authors and titles related to diversity, equity, and inclusion in our collection. This month’s post, featuring memoirs by African-American men, was written by RIS head Kim Duckett, and last month’s inaugural post, featuring nonfiction on neurodiversity, was authored by yours truly. Now, on to the books! 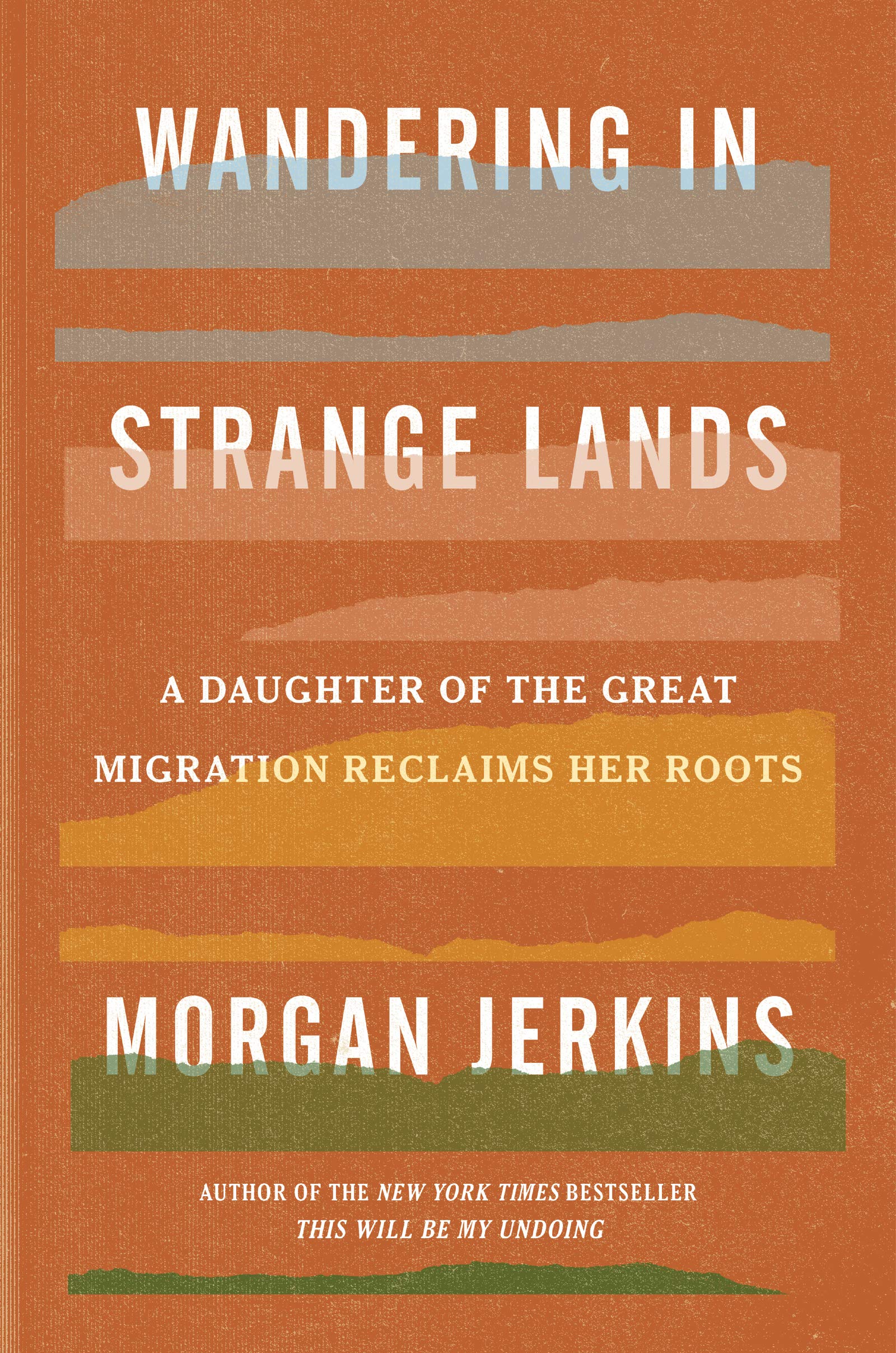 Wandering in Strange Lands: A Daughter of the Great Migration Reclaims Her Roots by Morgan Jerkins. In this memoir, essayist Jerkins documents her tracing of her family’s heritage, a journey involving several locales in the United States, the investigation of multiple missing pieces in her family line, and the contributions of various historians and archivists. Along the way, Jerkins grapples with the many complexities of African-American identity, placing her personal family history in the larger context of Black American history. Some particular facets of this history that Jerkins touches upon in her investigation include the Great Migration, the development and preservation of Gullah culture, the fraught history of tribal citizenship for Black indigenous Americans, and the experiences of free people of color in Louisiana. In so doing, Jerkins also thoroughly interrogates the culture of white supremacy underpinning each piece of her family’s history, both past and present. Ultimately, her deeply personal investigation also serves as a compelling illustration of African-American history and culture. You can read reviews here and here. 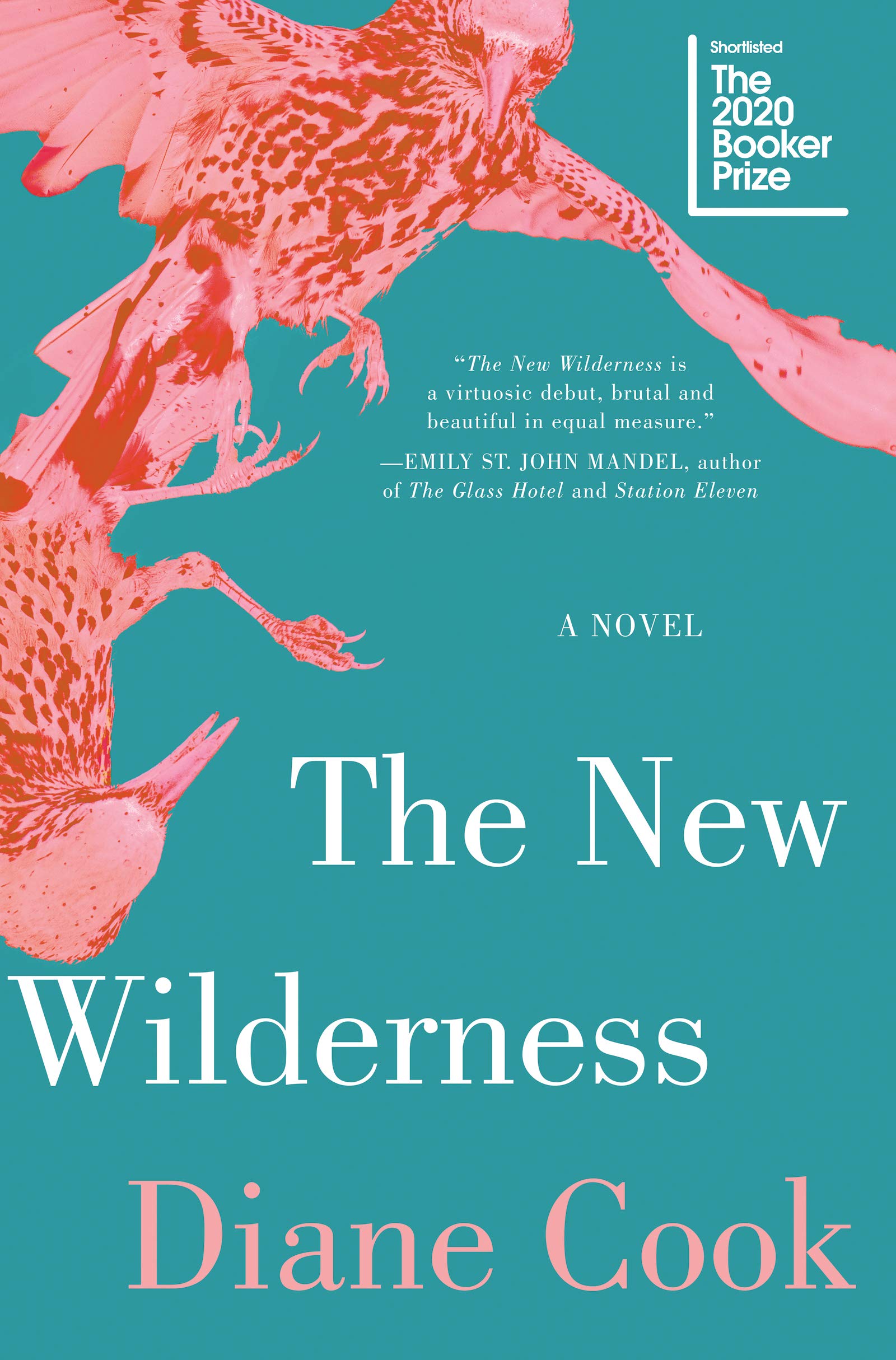 The New Wilderness by Diane Cook. In this novel, shortlisted for last year’s Booker Prize, Cook tells the story of Bea and Agnes, a mother and daughter living a harsh life of hunting and gathering in a rough wilderness left frighteningly unbalanced by climate change. Three years prior to the story’s events, Bea and Agnes, along with Bea’s husband Glen, had been living in a deeply polluted metropolis referred to only as “the City,” but Agnes’ respiratory problems drove the family to participate in a study on human-nature interactions that moved them to a place known as the Wilderness State, understood to be the last wild region left in the world. There, they live with the study’s other participants, roaming the land and learning survival skills lest they perish. Though the group is subject to the demands of the study’s “rangers,” tensions begin to flare between them, driving many of the novel’s core events. In the midst of all this, Cook focuses on the mother-daughter relationship between Bea and Agnes, exploring how it changes as Agnes regains her health and develops a strong attachment to the wilderness. You can read reviews here and here. 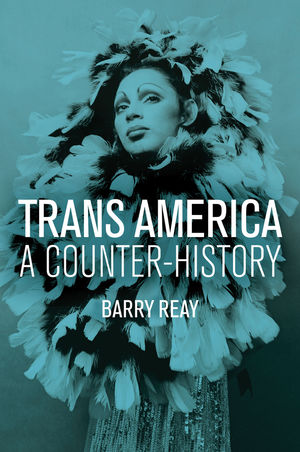 Trans America: A Counter-History by Barry Reay. In this book, historian Reay seeks to correct the sidelining of transgender history in the US by providing readers with a thorough, compelling, and far-reaching account of the way transgender identity has developed over the centuries. His inclusive approach identifies several periods in this history, beginning with a broader survey of gender flexibility in the nineteenth and early twentieth centuries. Following this discussion is an examination of the rise of transgender visibility in the 1960s and 70s, including the degree of persecution that accompanied it, and the more recent history of transgender people in the US leading up to the present. Reay populates his account with rich depictions of several transgender historical figures, many of whom have been hitherto ignored by the mainstream historical record. There is also a great deal of discussion devoted to the particular history of transgender culture within the Black and Latinx communities, as well as an exhaustive account of the history of medicalization (the book resists the medical model in its approach). You can read interviews with Reay here and here. 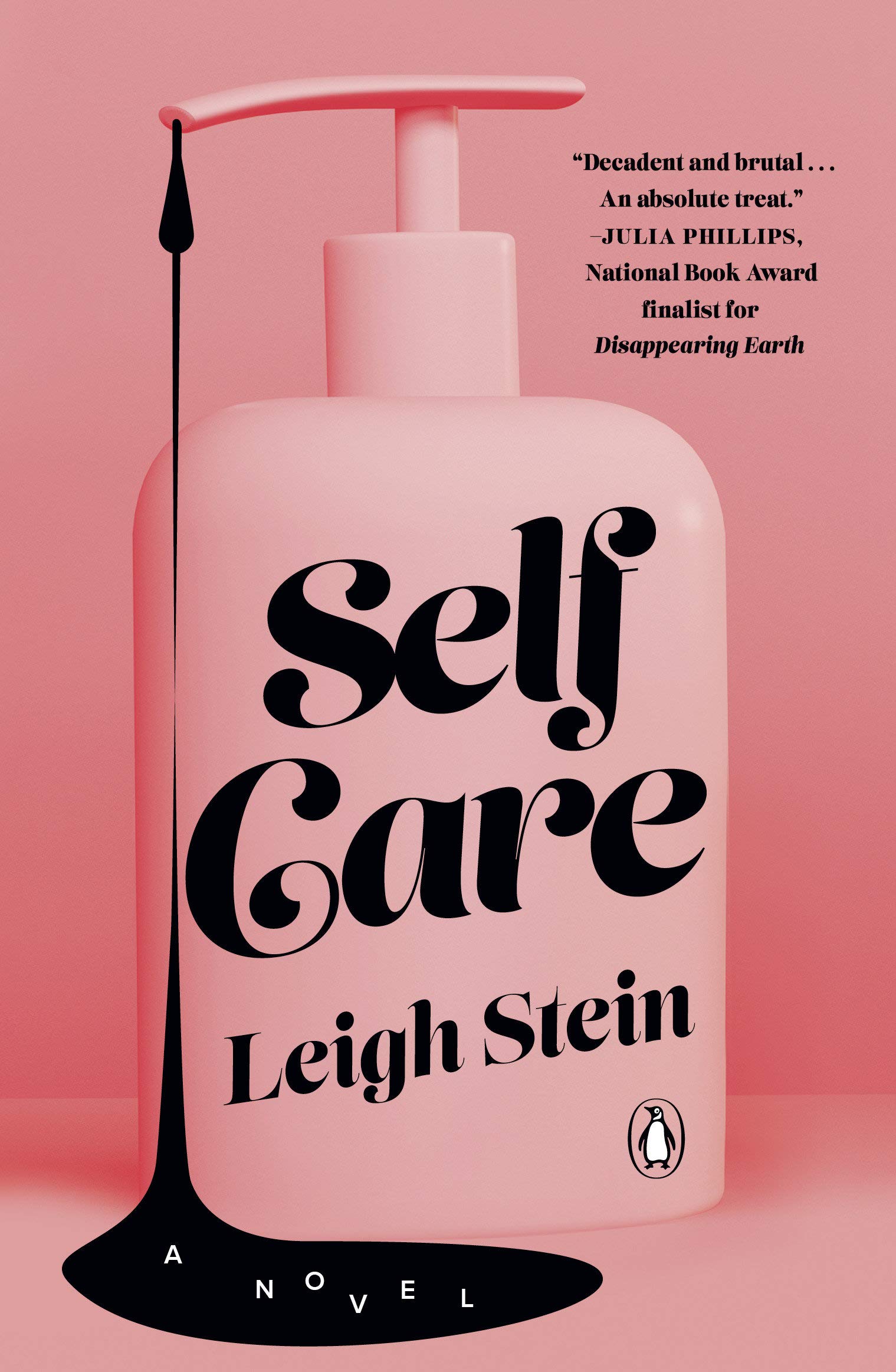 Self Care by Leigh Stein. In this novel, novelist Stein offers ripping satire of corporate, Girlboss-style feminism in her portrayal of Richual, the fictional online women’s wellness company created by her fiercely ambitious, yet ultimately nihilistic protagonists Maren and Devin. The two hatch a plan to market a sanitized, monetized combination of social justice and self-care to their audience of primarily white, thin, middle-class women, and all goes well until a string of scandals forces the two to come to grips with exactly what it is that they have created. As Maren faces backlash for a misguided tweet, the duo also finds itself woefully unprepared to deal with a board member accused of sexual misconduct, one who happens to be involved with Devin and is largely responsible for the company’s funding. Amidst all this, Stein also focuses on Khadijah, a pregnant employee of the company who finds herself in the peculiar predicament of being afraid to ask for maternity leave from her nominally feminist bosses. In all, the novel, in its own darkly funny way, serves as a sharp criticism of white, lean-in feminism, one that’s difficult to look away from. You can read a review here and a Q&A with Stein here. 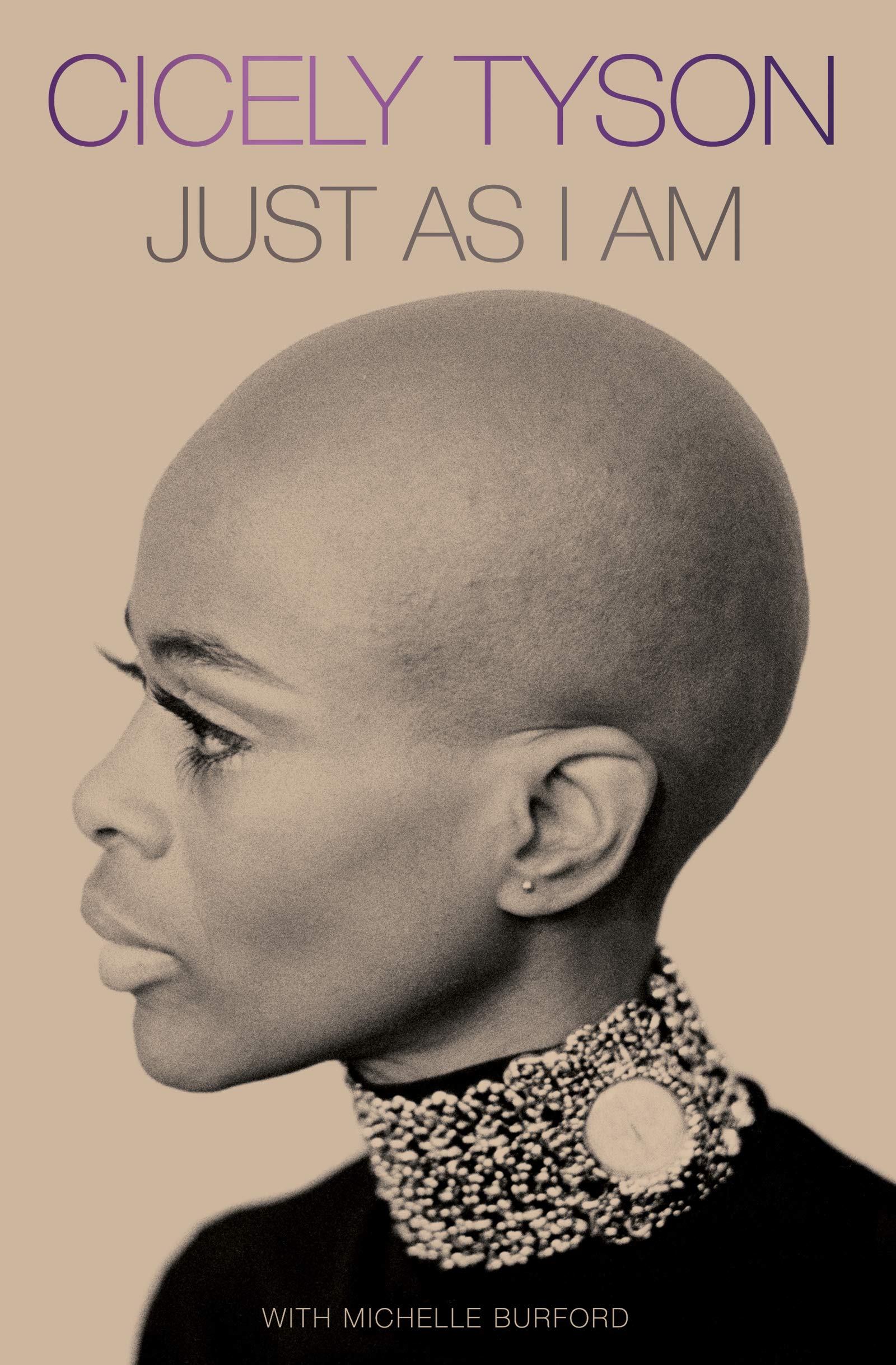 Just as I Am by Cicely Tyson with Michelle Burford. In this memoir, iconic actress Cicely Tyson tells the story of her life and her decades-long career. She first recounts early her life pre-show business, including a difficult account of the domestic abuse she witnessed as a child and her first marriage and divorce as a young woman, before describing her discovery as a model in the early 1950s at the age of thirty. From here, Tyson describes her experiences working in film and television as a Black woman in the mid- to late-twentieth century, offering a personal perspective on some of her most well-known projects, including Sounder and The Autobiography of Miss Jane Pittman. She is unflinching in her descriptions of the difficulties she has faced, both in her professional and personal life, offering a full account of her long and often difficult relationship with Miles Davis. With Burford, she also reflects on the legacy of her career, her influences, and her many accolades. In this way, the memoir serves as a satisfying, full account of Tyson’s life, as well as something of an epilogue—Tyson died just days after its release last month. You can read reviews here and here.