The 5 Titles series highlights books, music, and films in the library’s collection featuring topics related to diversity, equity, inclusion, and/or highlighting the work of authors from diverse backgrounds. Each post is intended to provide a brief sampling of titles rather than a comprehensive overview of the topic. This month, the five titles have been selected by RIS humanities intern Anna Twiddy.

In this first installment of our 5 Titles series, we’re taking a look at nonfiction* works on neurodiversity. As a concept, neurodiversity refers not just to the existence of a broad range of neurological disabilities, such as autism, dyslexia, ADHD, dyspraxia, and others, but also to the contributions people with these disabilities make to society and culture at large. Neurodiversity takes a wide variety of forms, and as an identity, it is inevitably intersectional, existing in conjunction with an individual’s race, gender, sexual orientation, and so on. The titles in this post thus seek to reflect the diversity inherent to the neurodivergent identity, focusing on intersections with some other identities as well as the varying ways neurodiversity interacts with society more broadly. 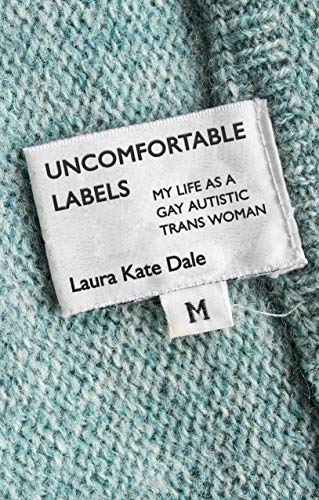 Uncomfortable Labels: My Life as a Gay Autistic Trans Woman by Laura Kate Dale. In this memoir, Dale, a British woman in her 20s, tells the story of her life as, per the title, a gay autistic trans woman. She describes the expectations placed on her from birth to become a neurotypical, heterosexual man, and all the consequences, positive and negative, of failing to meet those rigid expectations. The witty double entendre of the title, which at once alludes to Dale’s sensory issues regarding clothing labels as well as the labels that define her identity, foretells the humor with which she tells her story – while she is unflinching in her discussion of the myriad difficulties she has faced, she is also quick to note the humor present in her day-to-day life. In discussing the events of her life, including the mundane and the extraordinary, Dale richly describes the way in which her gender, sexual orientation, and autism all intersect and relate to each other. It is this discussion of the interaction between these marginalized identities, along with Dale’s unique voice and storytelling, that make it such a compelling read. 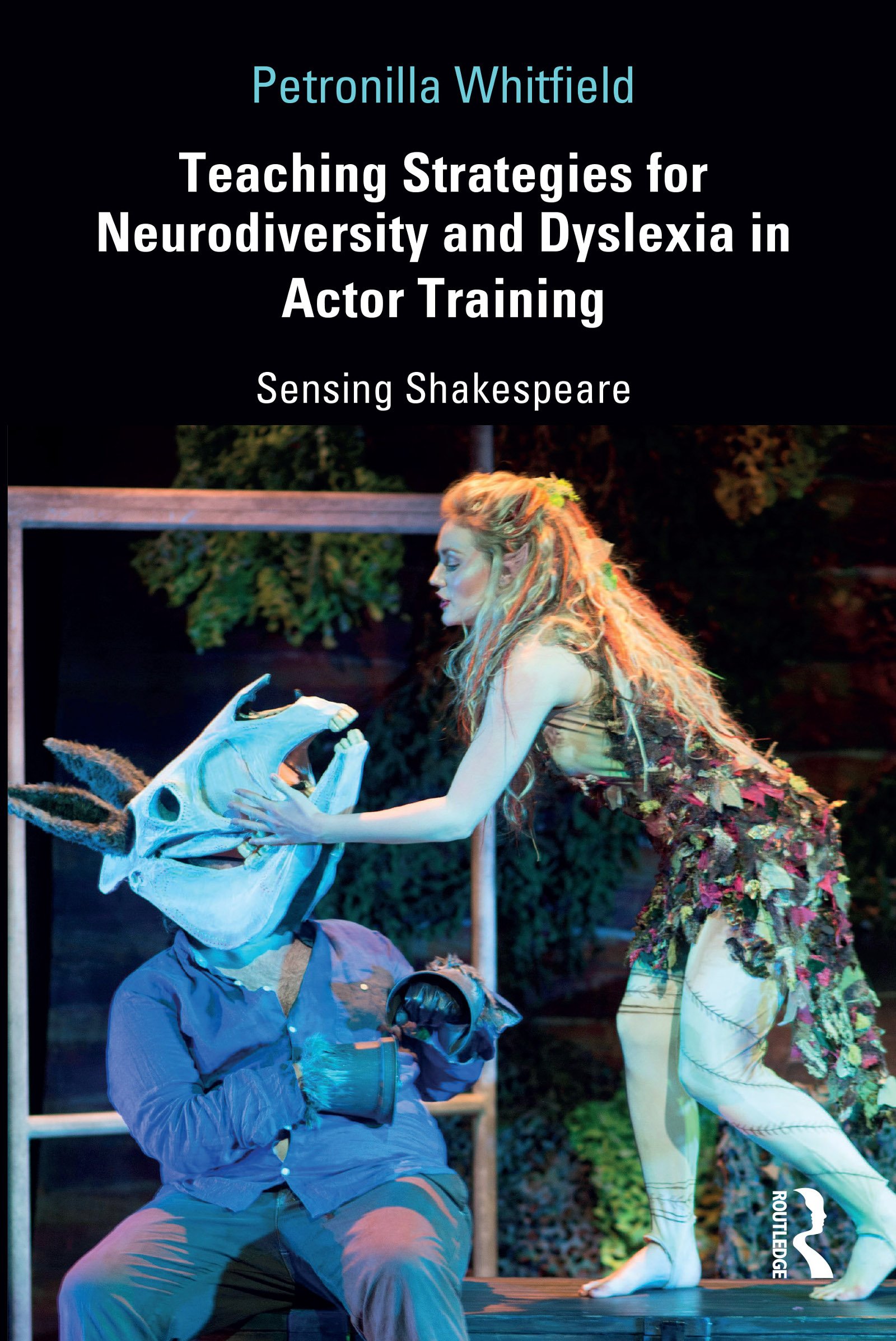 Teaching Strategies for Neurodiversity and Dyslexia in Actor Training: Sensing Shakespeare by Petronilla Whitfield. In this guide, acting professor Whitfield draws on the perspectives and experiences of her dyslexic acting students performing Shakespeare as case studies in constructing practical strategies for neurodivergent actors on the stage. Rather than seeking to minimize or ignore the ways neurodivergent actors differ from their neurotypical peers, Whitfield emphasizes working directly with the modes of processing, sensory and otherwise, that come with neurodivergence in order to bring out the unique, authentic voice of the neurodivergent actor. While the book derives much of its content from the perspectives of dyslexic actors in particular, its strategies are also largely applicable to actors with other neurodivergent conditions, as the title suggests. Though it is rather specific in its focus, being a manual on acting, Whitfield’s writing is noteworthy for its portrayal of neurodivergent people in the arts, actively challenging the assumption that acting is a realm exclusive to the neurotypical, while also avoiding over-dramatizing or fetishizing the experiences of her neurodivergent students. For these reasons, it is a worthwhile read for actors and non-actors alike. 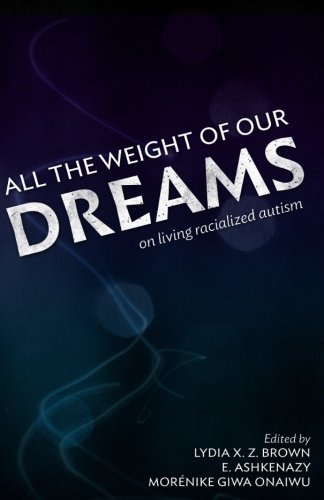 All the Weight of Our Dreams: On Living Racialized Autism, edited by Lydia X. Z. Brown. This anthology, edited by Brown and sponsored by the Autistic Self Advocacy Network, features the work of 61 autistic writers of color from seven countries. Being the first published anthology to focus exclusively on the experiences of autistic people of color, the book explores the intersection of autism and race from a vast number of angles, and through a wide variety of mediums, including essays, short fiction, poetry, painting, and photography. The anthology melds the personal and the political, with many works expounding on the everyday experiences of their authors while also highlighting the compounded, systemic marginalization and disadvantages faced by autistic people of color more broadly. But while the subject matter of the book is often difficult to read about in its discussion of the intersection of racism and ableism, the authors are also eager to celebrate the existence of autistic people of color, focusing on the joy, passion, and resilience that defines their lives and experiences. 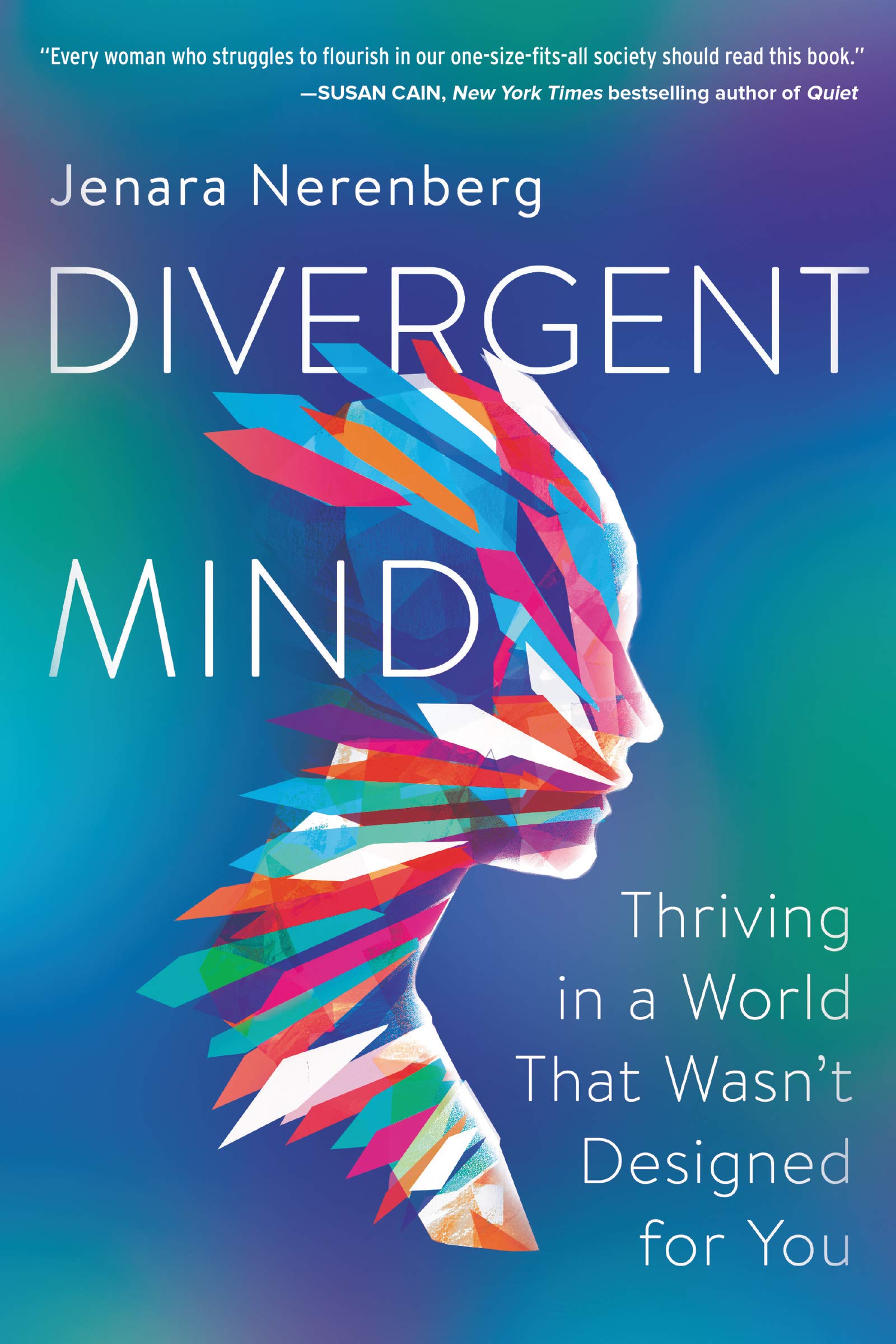 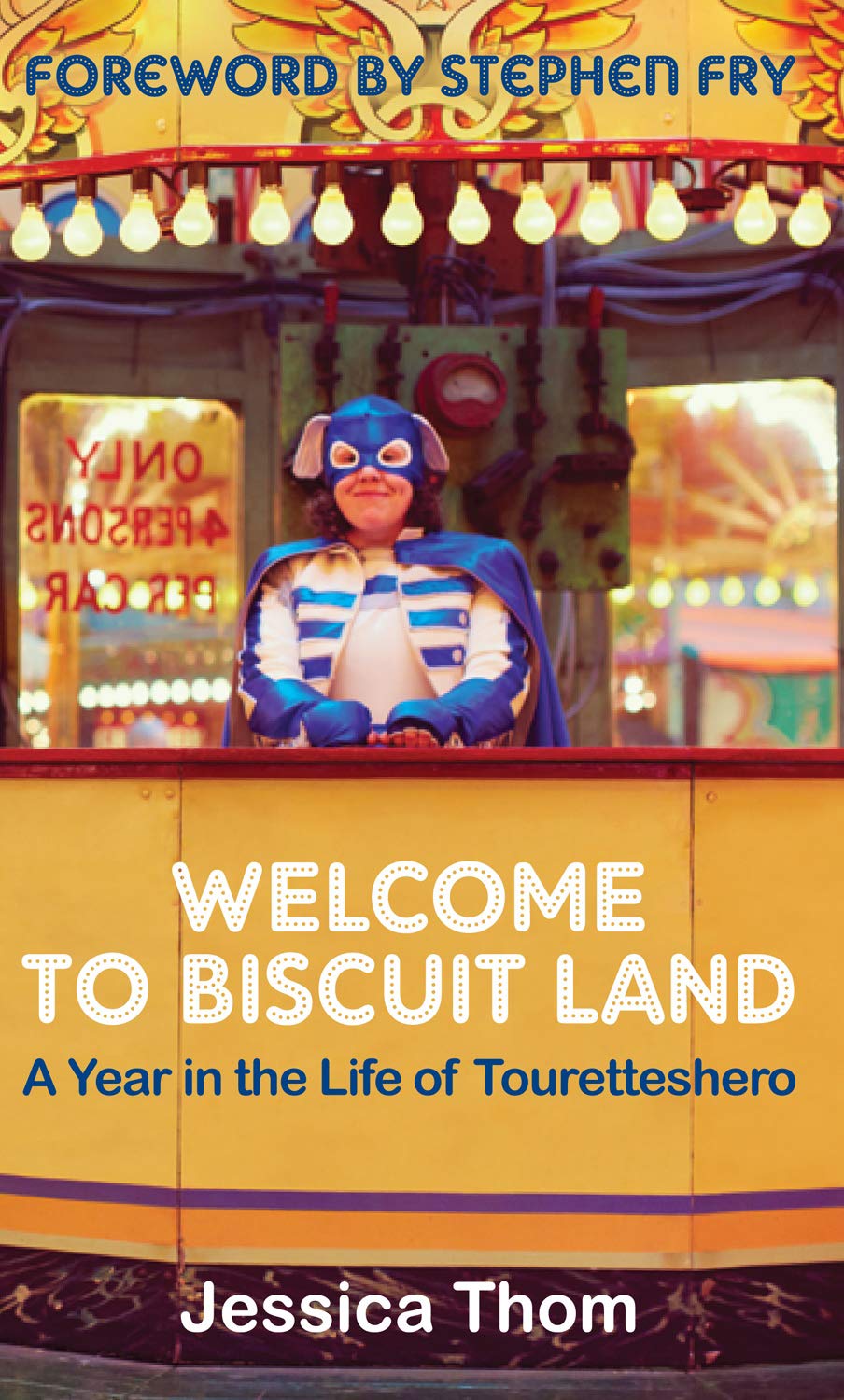 Welcome to Biscuit Land: A Year in the Life of Touretteshero by Jessica Thom. In this book, British comedian and playwright Thom documents a full year of her life as a woman with Tourette syndrome, often with searing wit and humor. The book comprises excerpts from her long-running blog, Touretteshero, which documents her day-to-day experiences. These experiences take a variety of forms, but are uniformly punctuated by her numerous tics, both motor and vocal (her compulsive uttering of the word “biscuit” lends the book its title). Thom describes in detail what living with these tics is like, not shying away from the difficulty it brings her – ranging from incurring the judgment of strangers for her compulsive swearing to her regular use of padded gloves to prevent hurting herself – but at the same time, she does much to break down the stigma that often accompanies the disorder through her warmth and humor. In this way, the book is a vivid portrait of her experience with Tourette’s that proves appealing to those with and without the disorder.

*Mostly nonfiction. It should be noted that All the Weight of Our Dreams is an anthology that includes some fiction as well as nonfiction.

One thought on “5 Titles: Nonfiction on Neurodiversity”