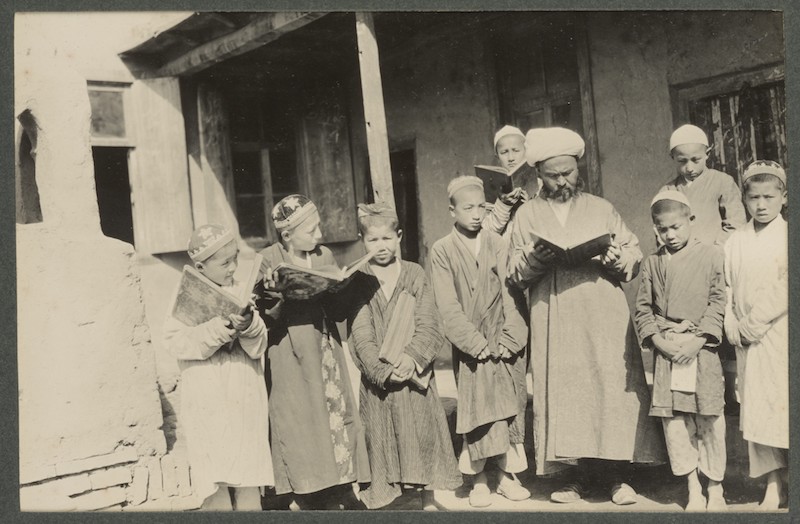 The photographs in Sir Percy Molesworth Sykes’ recently-acquired 1915 album capture a pivotal moment in what was then known as Chinese Turkestan (modern-day Xinjiang Uyghur Autonomous Region in China). China’s Qing dynasty had collapsed only a few years earlier. It was an era of warlords, weak central government and competing external influences as Ottoman Turks, Russians, Han Chinese, the British and the region’s Muslim ethnic groups jockeyed for power in a complex geopolitical landscape. Lieutenant Colonel Sykes was dispatched to temporarily assume the role of Consular-General in Kashgar. He was stepping in for Sir George Macartney, a relation to the statesman of the same name who led the first British diplomatic mission to China in 1793. Sykes was accompanied by his sister Ella Constance Sykes, a prolific travel writer who may also have taken some of the photographs which appear in the album.