Inspired by the success of our Blind Date with a Book program, we are launching Collection Spotlight, a thematic pop-up display of materials in the New and Noteworthy section of Perkins Library near the service desk. Our first Collection Spotlight highlights the Trans Day of Visibility, celebrated on March 31 to draw attention to the lives and accomplishments of trans & gender-nonconforming people, as well as continuing challenges faced by the community. The Duke University Libraries actively collect fiction and nonfiction books, films, and other materials by transgender authors and about transgender issues. In addition to supporting the program in Gender, Sexuality, and Feminist Studies at Duke and other interdisciplinary scholarship, these materials  may reflect and validate the personal experiences and identities of our diverse student body and broader Duke community. Learn more about our LGBTQ collections.

Duke’s Center for Sexual and Gender Diversity also has a small lending library of books and DVDs, and offers social and support groups as well as trainings such as Trans 101. In recognition of this Trans Day of Visibility,  the Center is hosting a performance of Mashuq Deen’s “Draw the Circle”  (Friday, March 31 at 6:00 p.m. in White Lecture Hall), the story of a conservative Muslim mother at her wit’s end, a Muslim father who likes to tell jokes, and a queer American woman trying to make a good impression on her Indian in-laws, all performed by Deen himself. A Trans 101 training will be held on the afternoon of March 30 in advance of this event.

Highlights from our Collections: 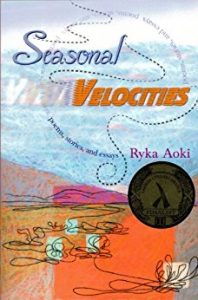 My New Gender Workbook: A Step-by-Step Guide to Achieving World Peace through Gender Anarchy and Sex Positivity by Kate Bornstein (2013)

Transgender Warriors: Making History from Joan of Arc to RuPaul (1996) and Stone Butch Blues: A Novel (1993) by Leslie Feinberg 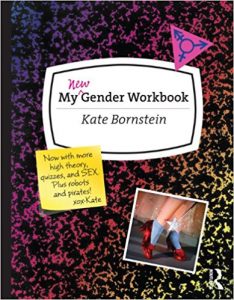 Manning Up: Transsexual Men on Finding Brotherhood, Family and Themselves edited by Zander Keig and Mitch Kellaway (2014)

Beyond Magenta: Transgender Teens Speak Out by Susan Kuklin (2014) 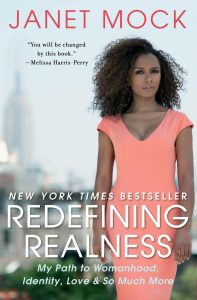 Redefining Realness: My Path to Womanhood, Identity, Love & So Much More by Janet Mock (2014)

Whipping Girl: A Transsexual Woman on Sexism and the Scapegoating of Femininity by Julia Serano (2007)