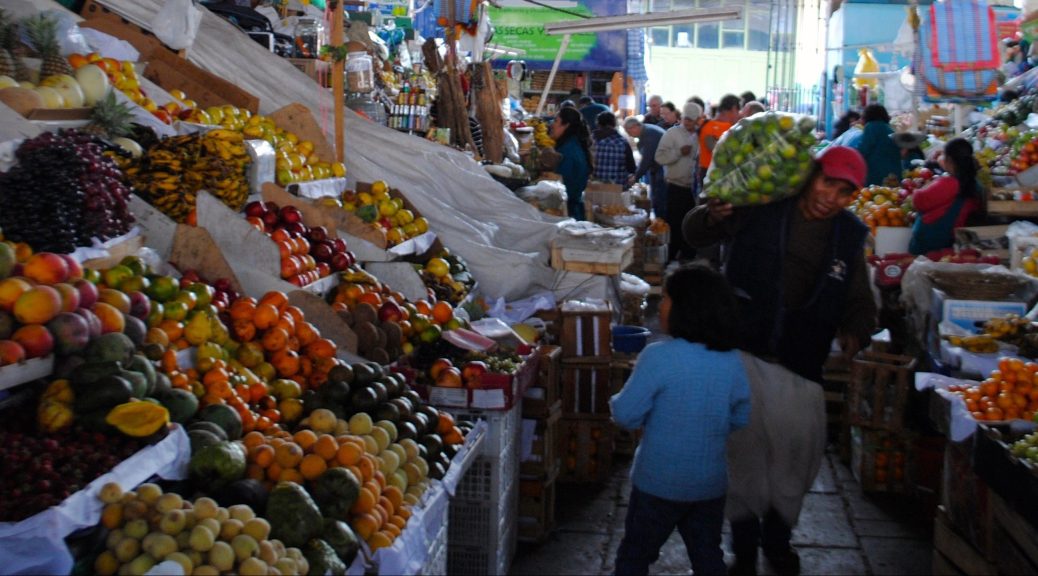 Guest post by Ashley Rose Young, Ph.D. candidate in History at Duke and the Business History Graduate Intern at the Hartman Center. 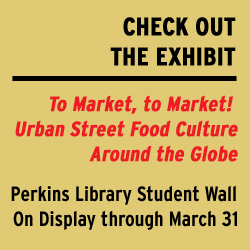 My life has always revolved around the sale and distribution of food. My food-centric lifestyle is not all that surprising, as my family owns and operates gourmet food stores in Pittsburgh. By the time I was three years old, I was working behind the counter, standing on a plastic milk carton so that customers could see me while I earned my family “business degree.” After years of practice (and a growth spurt or two) I could easily reach over the counter to hand my family’s homemade kielbasas to customers. My grandfather made those sausages. He established the family business, too, by starting as an itinerant vendor at a roadside food stand in the 1940s. Over time, he worked his way towards opening a series of grocery stores with the support of my grandmother, mother, aunts, and uncles. Together, my family created a business committed to supporting small-scale local farmers and artisans while preserving the culinary heritage of Pittsburgh.

Inspired by my own experiences and those of my family, my dissertation research focuses on urban food economies in the United States. Specifically, I study street food and market vendors in New Orleans and the global influences on the city’s Creole cuisine. As a major Atlantic port city, New Orleans was connected to communities and food cultures throughout the Atlantic Rim, adopting ingredients like okra from West Africa and cooking techniques like starting soups with a French-style roux. Tracing those influences, I have visited archives and conducted fieldwork in countries like France, Italy, and Morocco, all of which influenced the development Creole cuisine. At the National Library in France, I studied the parallels and dissimilarities between artistic renderings of street food vendors in Paris and those in New Orleans. While the images were different in the ways they revealed cultural bias, in both places it was common for artists to pair images of food vendors with sheet music that captured their cries of “Piping hot rice fritters!” and “Beautiful cakes!”

Fascinated by the prevalence of street cries in New Orleans’ historic soundscape, I sought connections to modern day street food cultures. In order to do so, I conducted fieldwork in Palermo, Sicily—a city known for its musical food vendors. Although most people do not associate New Orleans with Italian food culture, in the late nineteenth century, the city had one of the largest Sicilian immigrant populations in the world. In fact, at that time, New Orleanians colloquially referred to the French Quarter as “Little Palermo.” The sonorous voices of Sicilian food vendors rang throughout the city. Folklorists captured their calls on the page in compendiums like Gumbo Ya-Ya: Folktales of Louisiana (1945). In that volume, an Italian vendor is described as singing while he hawks his wares: “Cantal—ope—ah! Fresh and fine, just off a de vine, only a dime!”

Modern-day Palermo’s urban food scene shares similarities with New Orleans’ historic one. Like the Big Easy, Palermo’s streets are crowded with food vendors who entreat passersby with humorous and delightful calls. One of their more popular grab-n-go foods in the city is sfincione, or street pizza. Sfincione is simple and economical—a tasty combination of spongy crust, tomato sauce, olive oil, and a healthy sprinkling of dried parsley. Commenting on those humble origins with a bit of humor, one of the traditional Palermitano street cries is: “Scarsu d’ogghio e chinu i prubulazzo!” Or, in English, “Lack of oil and plenty of dust!” Another more enticing cry is, “Uara u sfuinnavi uara! Chistu è sfinciuni ra bella viaro!”—“I’ve just taken it out of the oven! This is a very beautiful sfincione!” The street cries of Palermo work in similar ways to those of historic New Orleans, attracting the attention of potential customers with a witty, entertaining performance. For food vendors past and present, charm is a major component of their business strategy. I had witnessed the power of charisma so long ago, perched on my milk carton while my mother wrapped parcels of sausage and joked with customers.

Entranced by that charm and my newfound academic approach to food, a dissertation (or one might say obsession) was brought to life. Even when traveling without a research agenda, I was constantly analyzing the local food cultures around me to connect what I observed in New Orleans with what I witnessed abroad. There were a few surprises along the way. While in Peru for an academic conference, for example, I learned about a maize beer called chicha de jora that resembled a fermented corn beverage popularized by Choctaw Indians in colonial New Orleans. Although I had originally focused my dissertation research on New Orleans’ connections to Europe, West Africa, and the Caribbean, the discovery of chicha de jora encouraged me to study Latin American influences on Creole cuisine as well.

Photography was a means of crystalizing these connections while also honoring the distinctiveness of community food cultures. Over the years, as I wandered through countless markets, I sought to capture the vibrancy of locally grown produce, the entrepreneurial spirit of food vendors, and the enduring presence of local food cultures in an age of homogenized industrial food.

I now have the opportunity to share these dynamic cultures in an exhibit I’ve curated for Perkins Library: To Market, to Market! Urban Street Food Culture Around the Globe. Through this exhibit, you can compare the texture and shape of ruby red radishes in Paris with their kaleidoscopic counterparts in Durham. Or you can draw parallels between curbside displays of fish in Essaouira, Morocco with those for sale at the Vietnamese Farmers’ Market in New Orleans East. The exhibit, which consists of twenty-four photographs, is loosely organized, encouraging you to create your own narrative of the interconnectivity of urban food around the world.

The exhibit is installed on the Student Wall on the first floor of Perkins Library, opposite the Thompson Writing Studio. It runs through March 31, 2017.

2 thoughts on “From Kielbasa to Sfincione: A Personal and Academic Exploration of Urban Foods”