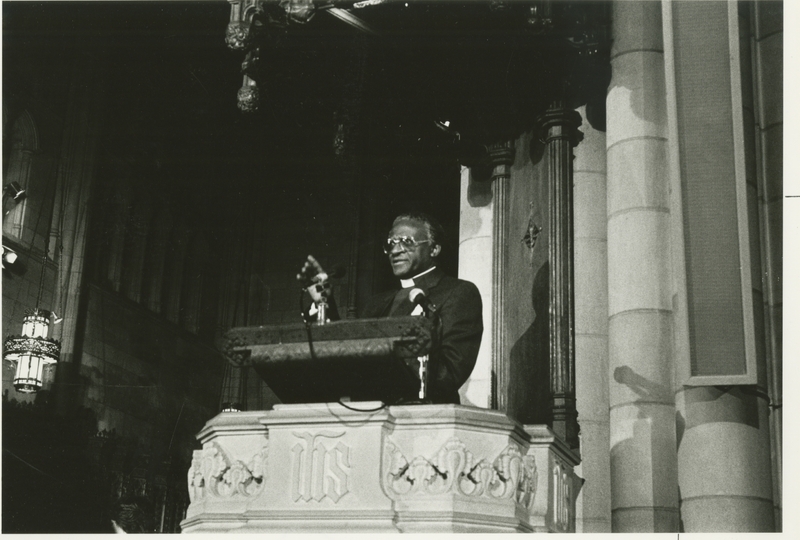 In 2016, after we launched the first iteration of the Duke Chapel Recordings Digital Collection in the Duke Digital Repository (DDR), we began a collaborative project between Digital Collections and Curation Services, University Archives, and the Duke Divinity School to enhance the metadata. The original metadata was fairly basic and allowed users to identify individual written, audio, and video sermons based on speaker, date, title, and format. All good stuff, but it didn’t allow for discovery based on the intellectual content of the sermons themselves. So, it was decided that, at the same time Divinity School staff listened to and corrected machine-generated transcripts for each sermon, they would also capture information that is useful from a homiletic perspective.

At the very beginning of the project, the Divinity School convened two focus groups of preachers from a variety of denominations and backgrounds to ask them how they would like to be able to discover and use a digital collection of sermons. These groups developed a set of terms/categories based on which they would like to be able to identify sermons. From there I worked with the project team to begin thinking about what kinds of fields they would want to capture, and determine whether or how those fields could map to the existing metadata application profile that we use in the DDR.

It quickly became clear that this project was going to require the creation of new metadata fields in the DDR application. I try to be really judicious about creating new fields (because otherwise, you end up doing this), but in this case, I felt that the need was justified: homiletic metadata is fairly specialized, and given Duke’s commitment to this collecting area, making adjustments to accommodate it seemed more than reasonable. Since I always like to work with best practices, I attempted to identify any extant metadata schemas that might already exist for working with biblical metadata. I felt pretty confident that I would find one, considering that the Bible is actually one of the oldest books out there. While I did find some resources, they were pretty old (think last-updated-in-2006), and all of them were oriented towards marking up actual Biblical texts, rather than the encoding of metadata about those texts.

With no established standards to work with, we set about determining what the fields should be, using the practice of homiletics itself as a guide. We also developed a workflow for the capturing of this metadata, using a google spreadsheet with conditional formatting and pre-developed drop-down lists to control and facilitate data entry. And starting from the set of terms/categories developed during the focus groups, we came up with a normalized set of Library of Congress Subject Headings (LCSH) for staff to choose from or add to, as needs arose.

Working with LCSH was in itself a challenge, as it required us to navigate the tension between the need to use a standardized set of headings while also include concepts that weren’t themselves well represented in the vocabulary. In some cases we diverged from LCSH in the interest of using terms that would be familiar, expected, and recognizable to practitioners of homiletics. One example of this is the term ‘Community’, which has a particular meaning in a Biblical context, but which, were we to have used the LCSH term ‘Communities’, loses its intent.

We rolled out the new metadata properties and values in early August so they could be available for use by attendees at the international homiletics conference, Societas Homiletica, which was held at Duke University August 3-8, 2018. Now, users of the digital collection can facet and browse by: Liturgical Calendar, Biblical Book, Chapter and Verse, and Subject. We’ve also added curated abstracts, and key quotations from the sermons, which are free-text searchable.

The enhanced metadata makes for a much more meaningful experience using the Duke Chapel Recordings, and future plans involve the inclusion of sermon transcripts, as well as the development of a complimentary website, maintained by the Duke Divinity School, to provide even more information about the speakers and their sermons. With these enrichments, we are well on our way to having an unparalleled free and open resource  for the study of homiletics, and hopefully, in so doing, we will facilitate the discovery and study of preachers whose voices have traditionally been underheard.