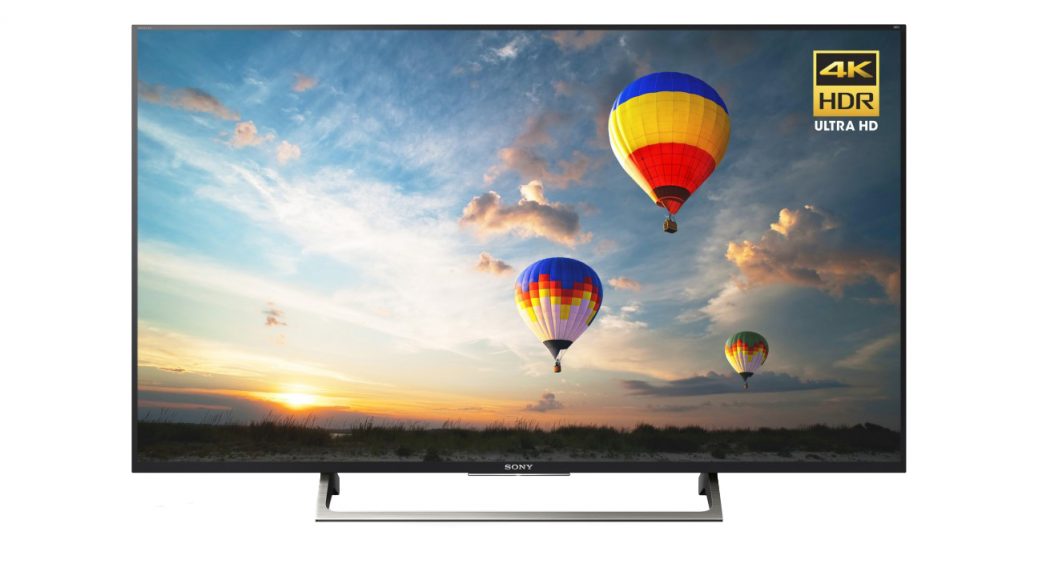 When it comes to moving image digitization, Duke Libraries’ Digital Production Center primarily deals with obsolete videotape formats like U-matic, Betacam, VHS and DV, which are in standard-definition (SD). We typically don’t work with high-definition (HD) or ultra-high-definition (UHD) video because that is usually “born digital,” and doesn’t need any kind of conversion from analog, or real-time migration from magnetic tape. It’s already in the form of a digital file.

However, when I’m not at Duke, I do like to watch TV at home, in high-definition. This past Christmas, the television in my living room decided to kick the bucket, so I set out to get a new one. I went to my local Best Buy and a few other stores, to check out all the latest and greatest TVs. The first thing I noticed is that just about every TV on the market now features 4K ultra-high-definition (UHD), and many have high dynamic range (HDR).

Before we dive into 4K, some history is in order. Traditional, standard-definition televisions offered 480 lines of vertical resolution, with a 4:3 aspect ratio, meaning the height of the image display is 3/4 the dimension of the width. This is how television was broadcast for most of the 20th century. Full HD television, which gained popularity at the turn of the millennium, has 1080 pixels of vertical resolution (over twice as much as SD), and an aspect ratio of 16:9, which makes the height barely more than 1/2 the size of the width.

16:9 more closely resembles the proportions of a movie theater screen, and this change in TV specification helped to usher in the “home theater” era. Once 16:9 HD TVs became popular, the emergence of Blu-ray discs and players allowed consumers to rent or purchase movies, watch them in full HD and hear them in theater-like high fidelity, by adding 5.1 surround sound speakers and subwoofers. Those who could afford it started converting their basements and spare rooms into small movie theaters.

The next step in the television evolution was 4K ultra-high-definition (UHD) TVs, which have flooded big box stores in recent years. 4K UHD has an astounding resolution of 3840 horizontal pixels and 2160 vertical pixels, twice as much resolution as HD, and almost five times more resolution than SD. Gazing at the images on these 4K TVs in that Best Buy was pretty disorienting. The image is so sharp and finely-detailed, that it’s almost too much for your eyes and brain to process.

For example, looking at footage of a mountain range in 4K UHD feels like you’re seeing more detail than you would if you were actually looking at the same mountain range in person, with your naked eye. And high dynamic range (HDR) increases this effect, by offering a much larger palette of colors and more levels of subtle gradation from light to dark. The latter allows for more detail in the highlight and shadow areas of the image. The 4K experience is a textbook example of hyperreality, which is rapidly encroaching into every aspect of our modern lives, from entertainment to politics. The next thing that dawned on me was: If I get a 4K TV, where am I going to get the 4K content? No television stations or cable channels are broadcasting in 4K and my old Blu-ray player doesn’t play 4K. Fortunately, all 4K TVs will also display 1080p HD content beautifully, so that warmed me up to the purchase. It mean’t I didn’t have to immediately replace my Blu-ray player, or just stare at a black screen night after night, waiting for my favorite TV stations to catch up with the new technology.

The salesperson that was helping me alerted me to the fact that Best Buy also sells 4K UHD Blu-ray discs and 4K-ready Blu-ray players, and that some content providers, like Netflix, are streaming many shows in 4K and in HDR, like “Stranger Things,” “Daredevil” and “The Punisher,” to name a few. So I went ahead with the purchase and brought home my new 4K TV. I also picked up a 4K-enabled Roku, which allows anyone with a fast internet connection and subscription to stream content from Netflix, Amazon and Hulu, as well as accessing most cable-TV channels via services like DirecTV Now, YouTube TV, Sling and Hulu. I connected the new TV (a 55” Sony X800E) to my 4K Roku, ethernet, HD antenna and stereo system and sat down to watch. The 1080p broadcasts from the local HD stations looked and sounded great, and so did my favorite 1080p shows streaming from Netflix. I went with a larger TV than I had previously, so that was also a big improvement.

To get the true 4K HDR experience, I upgraded my Netflix account to the 4K-capable version, and started watching the new Marvel series, “The Punisher.” It didn’t look quite as razor sharp as the 4K images did in Best Buy, but that’s likely due to the fact that the 4K Netflix content is more compressed for streaming, whereas the TVs on the sales floor are playing 4K video in-house, that has very little, if any, compression.

As a test, I went back and forth between watching The Punisher in 4K UHD, and watching the same Punisher episodes in HD, using an additional, older Roku though a separate HDMI port. The 4K version did have a lot more detail than it’s HD counterpart, but it was also more grainy, with horizons of clear skies showing additional noise, as if the 4K technology is trying too hard to bring detail out of something that is inherently a flat plane of the same color.

Also, because of the high dynamic range, the image loses a bit of overall contrast when displaying so many subtle gradations between dark and light. 4K streaming also requires a fast internet connection and it downloads a lot of data, so if you want to go 4K, you may need to upgrade your ISP plan, and make sure there are no data caps. I have a 300 Mbps fiber connection, with ethernet cable routed to my TV, and that works perfectly when I’m streaming 4K content.

Some older films may not have enough inherent resolution to take full advantage of 4K, but it seems like films such as “2001: A Space Odyssey,” which was originally shot in 65 mm, would really be enhanced by a 4K restoration. Filmmakers and the entertainment industry are already experimenting with 8K and 16K technology, so I guess my 4K TV will be obsolete in a few years, and we’ll all be having seizures while watching TV, because our brains will no longer be able to handle the amount of data flooding our senses.

2 thoughts on “Adventures in 4K”