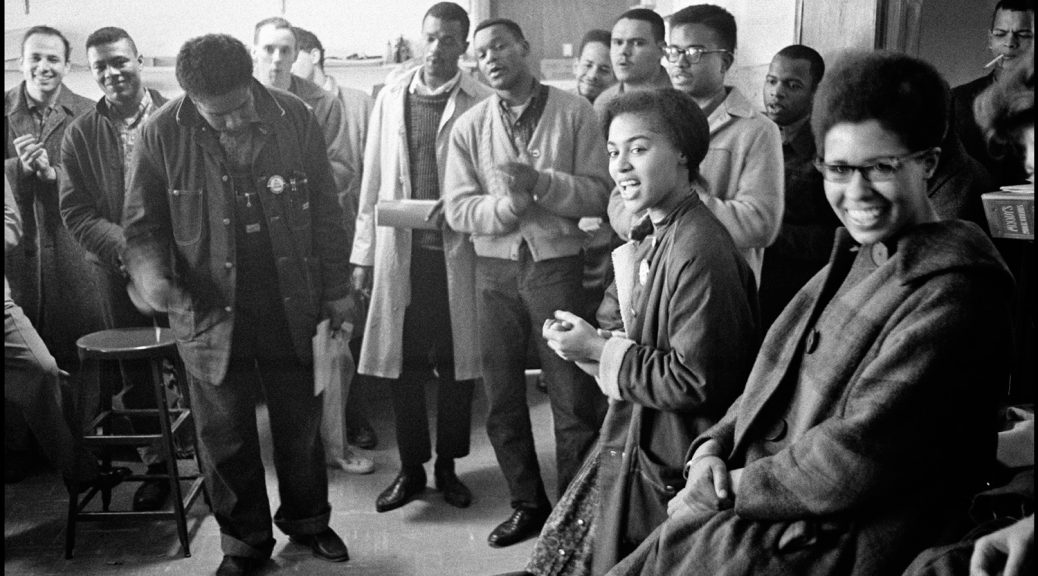 You never know what to expect with the SNCC Digital Gateway Project project. This three-and-a-half year collaboration with veterans of the Civil Rights Movement, scholars, and archivists has brought constant surprises, one of which came this past January.

The SNCC Digital Gateway website went live on December 13, 2016. One of the 20th century’s most influential activists, Ella Baker, brought the Student Nonviolent Coordinating Committee (SNCC) into being out of the student sit-in movement in 1960, and it would have been her 113th birthday. The SNCC Digital Gateway tells the story of how young activists in SNCC united with local people in the Deep South to build a grassroots movement for change that empowered the Black community and transformed the nation.

Over 175 SNCC staff, local activists, mentors, and allies are profiled on the site. The entire project is built on open communication and collaboration between movement veterans and scholars, so after the website went live, SNCC Legacy Project president Courtland Cox sent all living SNCC veterans a link to their profile and requested their feedback. And this is where the unexpected happened. Danny Lyon, SNCC’s first staff photographer, wrote back, offering the use of his photographs in the SNCC Digital Gateway.

In many ways, Danny Lyon’s photos are the iconic photos of SNCC. In the summer of 1962, Lyon, then a student at the University of Chicago, hitchhiked to Cairo, Illinois with his camera to photograph the desegregation movement that SNCC was helping to organize. After SNCC’s executive secretary James Forman brought Lyon onto staff, he spent next two years documenting SNCC organizing work and demonstrations across the South. Many SNCC posters and pamphlets featured Lyon’s photographs, helping SNCC develop its public image and garner sympathy for the Movement. Julian Bond described Lyon’s photos  as helping “to make the movement move.”

For Danny Lyon to offer these images to the SNCC Digital Gateway was something like winning the lottery. The ties between SNCC veterans run deep, and Lyon explained that he wanted to help. Due to the website’s sustainability standards, our sources for photographs have been limited. While the number of movement-related digital collections are growing, the vast majority are made up of documents, not images. Lyon agreed to give us digital copies of any his movement photos for use in the site. These included rarely photographed people, like Prathia Hall, Worth Long, Euvester Simpson, and many others.

We spent two months working with Danny Lyon and the people at Magnum Photos to identify images, hammer out terms of use, and embed the photos in the site. Today, the SNCC Digital Gateway website proudly features over 70 of Danny Lyon’s photographs. Spend some time, and check them out. And thank you, Mr. Danny Lyon!