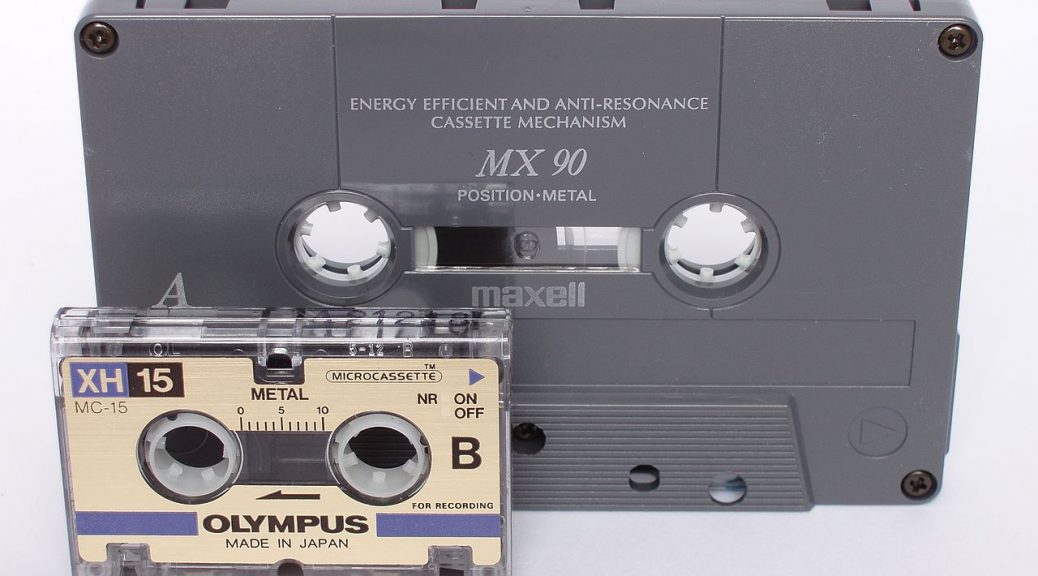 In past posts, I’ve paid homage to the audio ancestors with riffs on such endangered–some might say extinct–formats as DAT and Minidisc.  This week we turn our attention to the smallest (and perhaps the cutest) tape format of them all:  the Microcassette. 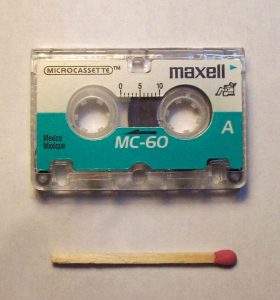 Introduced by the Olympus Corporation in 1969, the Microcassette used the same width tape (3.81 mm) as the more common Philips Compact Cassette but housed it in a much smaller and less robust plastic shell.  The Microcassette also spooled from right to left (opposite from the compact cassette) as well as using slower recording speeds of 2.4 and 1.2 cm/s.  The speed adjustment, allowing for longer uninterrupted recording times, could be toggled on the recorder itself.  For instance, the original MC60 Microcassette allowed for 30 minutes of recorded content per “side” at standard speed and 60 minutes per side at low speed. 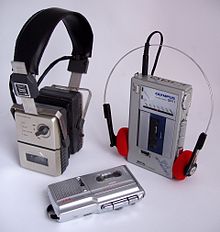 The microcassette was mostly used for recording voice–e.g. lectures, interviews, and memos.  The thin tape (prone to stretching) and slow recording speeds made for a low-fidelity result that was perfectly adequate for the aforementioned applications, but not up to the task of capturing the wide dynamic and frequency range of music.  As a result, the microcassette was the go-to format for cheap, portable, hand-held recording in the days before the smartphone and digital recording.  It was standard to see a cluster of these around the lectern in a college classroom as late as the mid-1990s.  Many of the recorders featured voice-activated recording (to prevent capturing “dead air”) and continuously variable playback speed to make transcription easier. 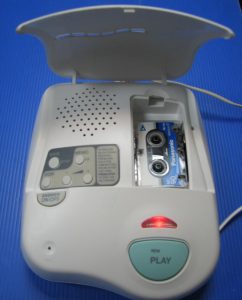 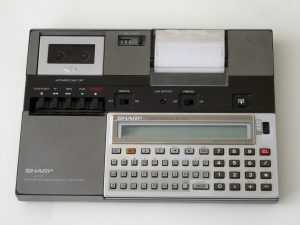 As you may have guessed, the rise of digital recording, handheld devices, and cheap data storage quickly relegated the microcassette to a museum piece by the early 21st century.  While the compact cassette has enjoyed a resurgence as a hip medium for underground music, the poor audio quality and durability of the microcassette have largely doomed it to oblivion except among the most willful obscurantists.  Still, many Rubenstein Library collections contain these little guys as carriers of valuable primary source material.  That means we’re holding onto our Microcassette player for the long haul in all of its atavistic glory.