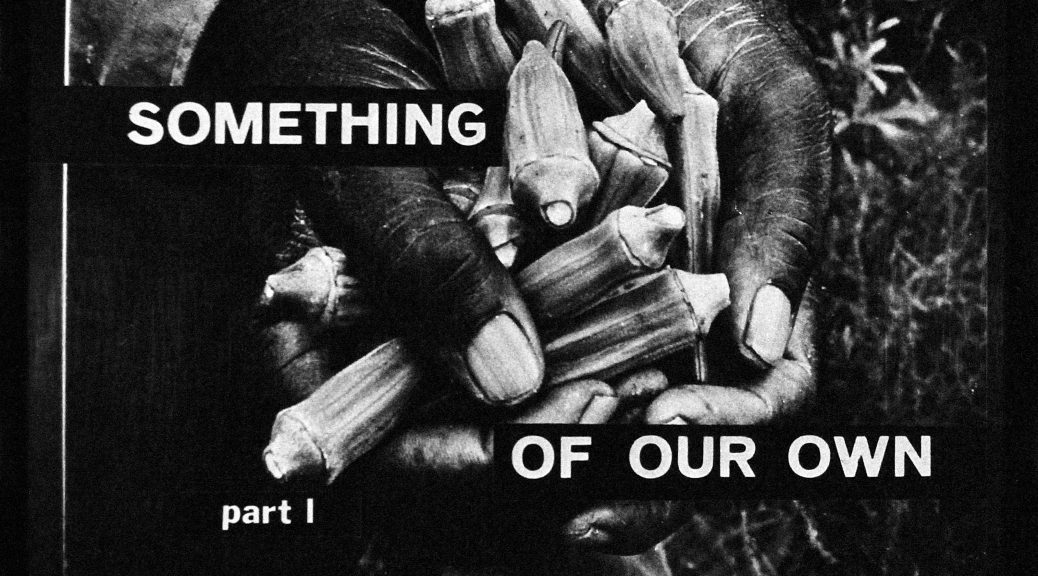 The Student Nonviolent Coordinating Committee worked on the cutting edge. In the fight for Black political and economic power, SNCC employed a wide array of technology and tactics to do the work. SNCC bought its own WATS (Wide Area Telephone Service) lines, allowing staff to make long-distance phone calls for a flat rate. It developed its own research department, communications department, photography department, transportation bureau, and had network of supporters that spanned the globe. SNCC’s publishing arm printed tens of thousands of copies of The Student Voice weekly to hold mass media accountable to the facts and keep the public informed. And so, when SNCC discovered they could create an informational organizing tool at 10¢ a pop that showed how people were empowering themselves, they did just that. 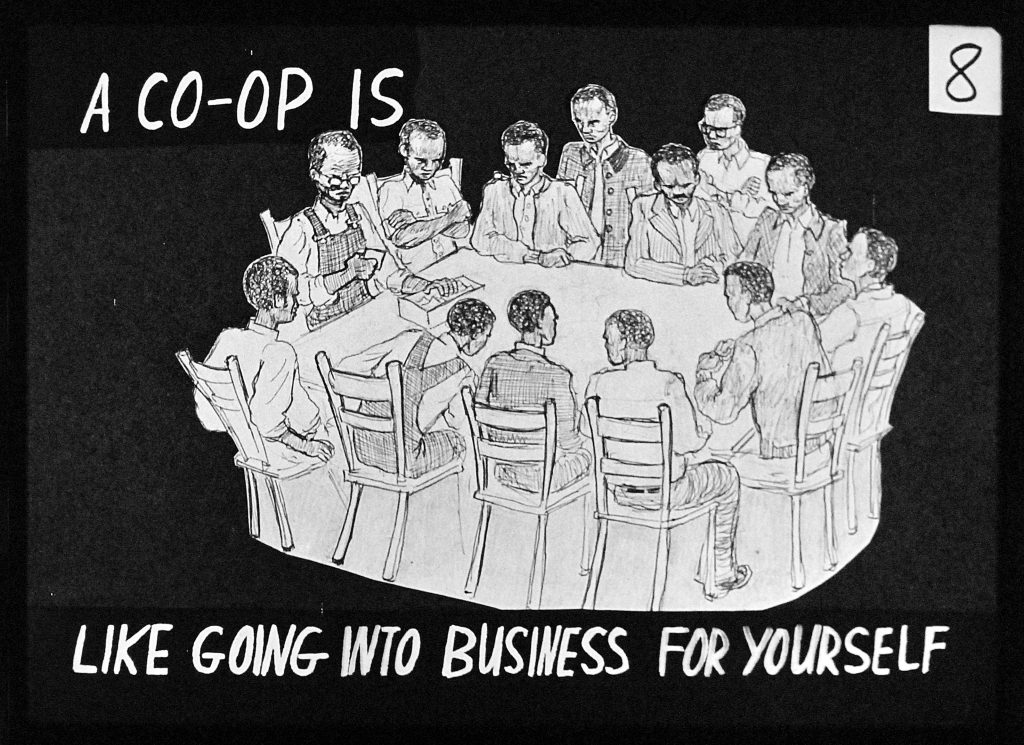 SNCC activist Maria Varela was one of the first to work on this experimental project to develop filmstrips. Varela had come into SNCC’s photography department through her interest in creating adult literacy material that was accessible, making her well-positioned for this type of work. On 35mm split-frame film, Varela and other SNCC photographers pieced together positives that told a story, could be wound up into a small metal canister, stuffed into a cloth drawstring, and attached to an accompanying script. Thousands of these were mailed out all across the South, where communities could feed them into a local school’s projector and have a meeting to learn about something like the Delano Grape Strike or the West Batesville Farmers Cooperative. 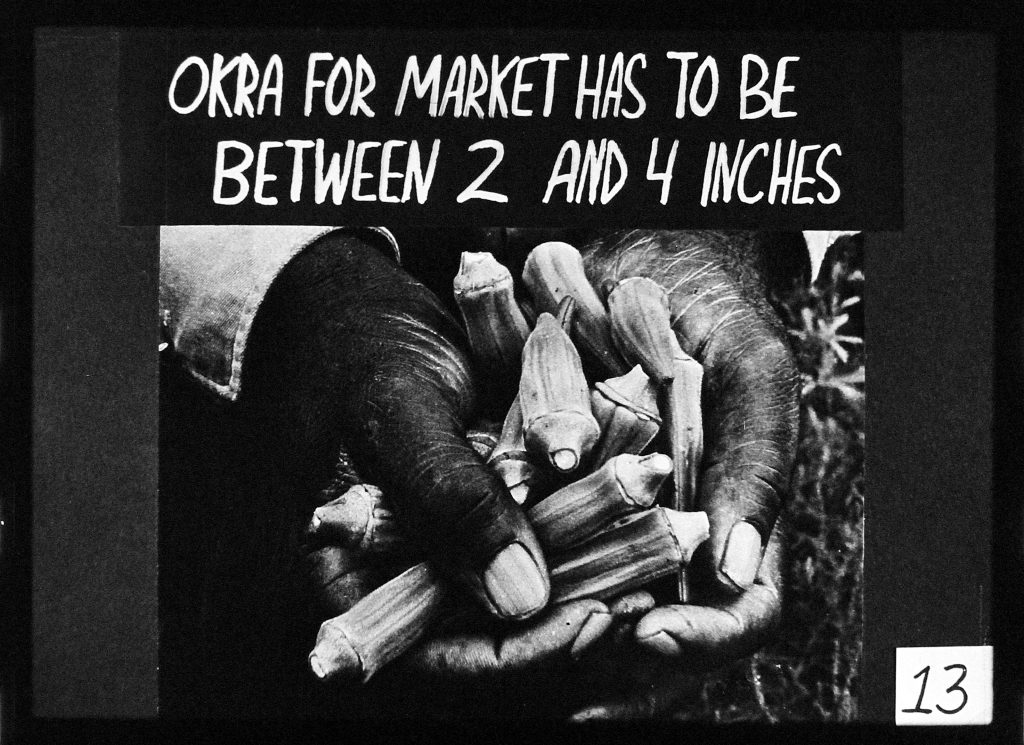 Fifty years later, Varela, a SNCC Digital Gateway Visiting Documentarian, is working with us to digitize some of these filmstrips for publication on our website. Figuring out the proper way to digitize these strips took some doing. Some potential options required cutting the film so that it could be mounted. Others wouldn’t capture the slides in their entirety. We had to take into account the limitations of certain equipment, the need to preserve the original filmstrips, and the desire to make these images accessible to a larger public.

Ultimately, we partnered with Skip Elsheimer of A/V Geeks in Raleigh, who has done some exceptional work with the film. Elsheimer, a well-known name in the field, came into his line of work through his interest in collecting old 16mm film reels. As collection, equipment, and network expanded, Elsheimer turned to this work full-time, putting together and A/V archive of over 25,000 films in the back of his former residence. 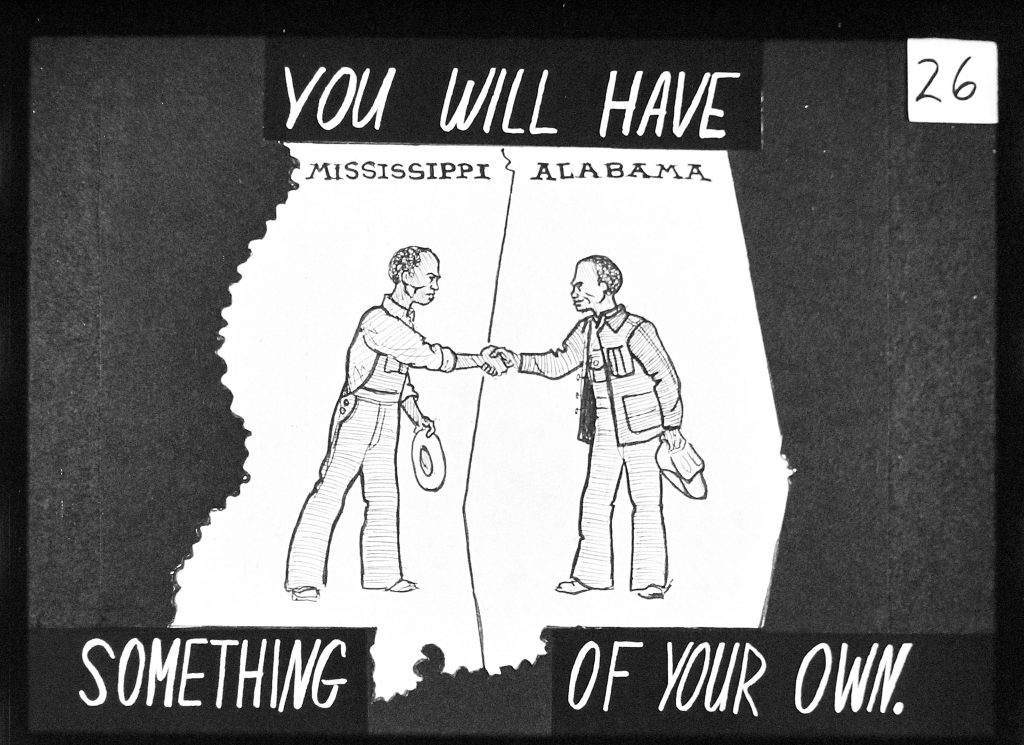 We’re very excited to incorporate these filmstrips into the SNCC Digital Gateway. The slides really speak for themselves and act as a window into the organizing tools of the day. They educated communities about each other and helped knit a network of solidarity between movements working to bring power to the people.  Stay tuned to witness this on snccdigital.org when our site debuts.