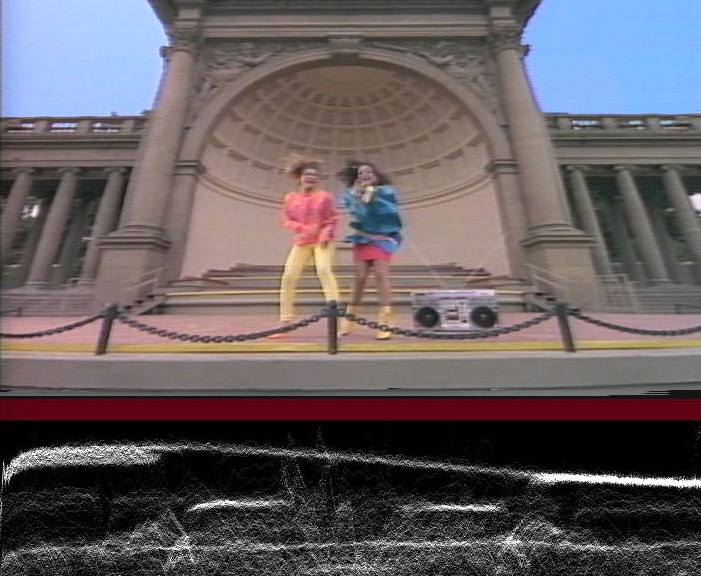 One of the greatest challenges to digitizing moving image content isn’t the actual digitization. It’s the enormous file sizes that result, and the high costs associated with storing and maintaining those files for long-term preservation. Most cultural heritage institutions consider 10-bit uncompressed to be the preservation standard for moving image content. 10-bit uncompressed uses no file compression, as the name states, and is considered the safest, and most reliable format for moving image preservation at this time. It delivers the highest image resolution, color quality, and sharpness, while avoiding motion compensation and compression artifacts.

Unfortunately, one hour of 10-bit uncompressed video can produce a 100 gigabyte file. That’s at least 50 times larger than an audio preservation file of the same duration, and about 1000 times larger than most still image preservation files. In physical media terms, it would take 21 DVDs, or 142 CDs, to store one hour of 10-bit uncompressed video. That’s a lot of data!

Recently, the FFV1 codec has gained in popularity as an alternative to 10-bit uncompressed. FFV1 uses lossless compression to store digitized moving image content at reduced file sizes, without data loss. FFV1 is part of the free, open-source FFmpeg project, and has been in existence since 2003. FFV1 uses entropy encoding to deliver mathematically lossless intra-frame compression, which produces substantially smaller file sizes when compared to uncompressed 10-bit moving image digitization.

Testing in the Digital Production Center showed that files encoded with the FFV1 codec produced files almost 1/3 the size of their 10-bit uncompressed counterparts. Both formats can be carried in a variety of wrappers, or container files, such as AVI (Microsoft) or MOV (Apple), or MKV (open source). The encoded video and audio streams are wrapped together in the container with other data streams that include technical metadata. The type and variety of data that a container can hold are specific to that container format.

The reduced file sizes produced via FFV1 are exciting, but there are some downsides. Although FFV1 is open-source, the files will not play using standard video software on Mac and Windows, nor can FFV1 be utilized within commercially-available digitization hardware and software (only via terminal command). This is because no major company (Apple, Microsoft, Adobe, Blackmagic, etc.) has adopted the codec, or announced plans to do so. Any file format that does not eventually achieve widespread adoption and universal playback capability within the broadcasting and filmmaking communities, has a higher risk of long-term obsolescence, and lack of engineering support.

The concept of “lossless compression” is mysterious, and seemingly a paradox. How can it make a file smaller, without eliminating or irreversibly altering any data? In testing, it is difficult to verify that a file converted (compressed) to FFV1 and then converted back (decompressed) is an identical file to its original state. Although the specs may be the same, the before and after file-sizes are not identical. So, “lossless” and “reversible” may not be synonymous, although ideally, they should be. In addition to the software and hardware compatibility issues of FFV1, it is challenging to accurately validate the integrity of a file that incorporates lossless compression.

One thought on “The Pros and Cons of FFV1”