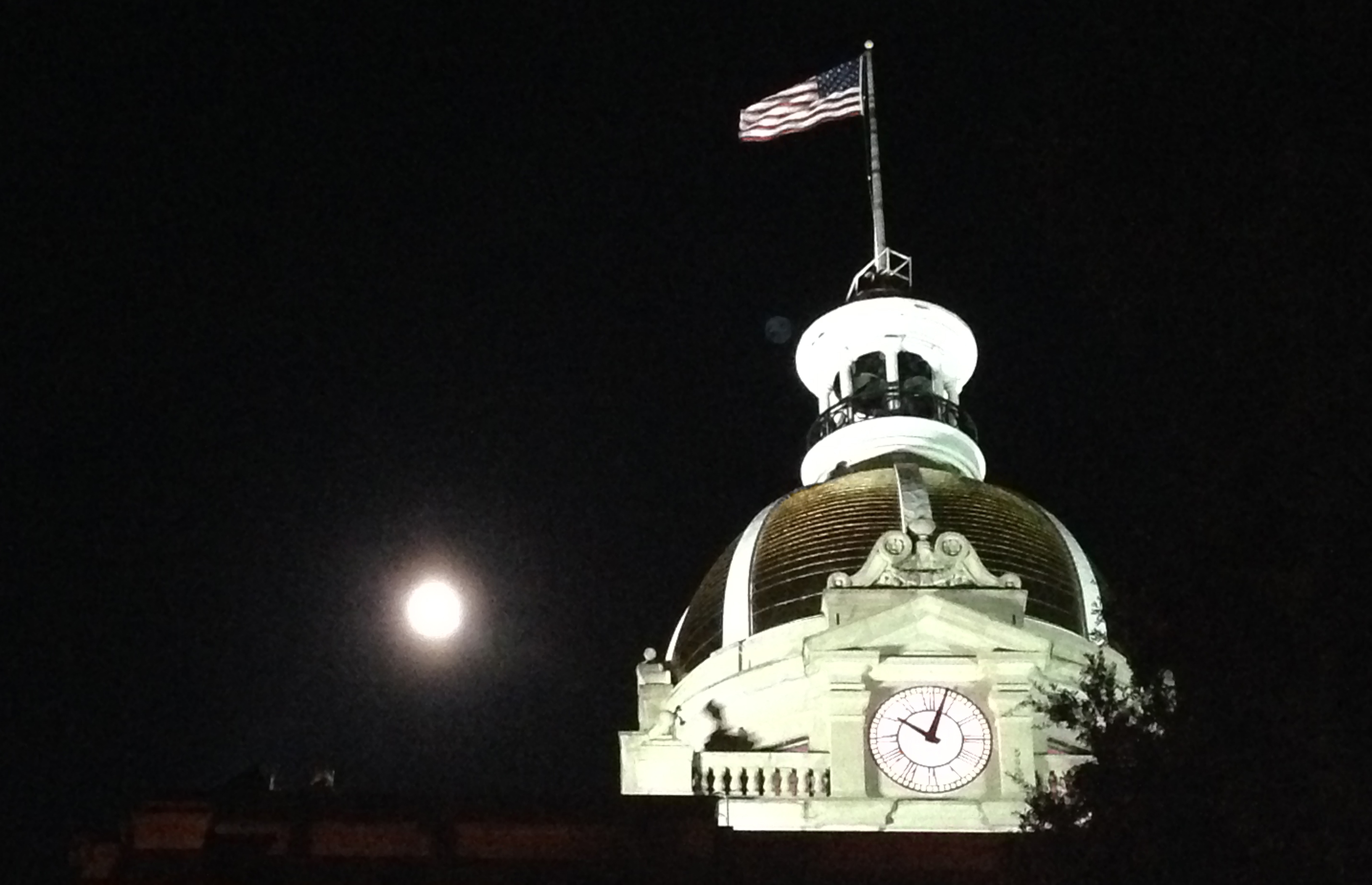 A few weeks ago, archivists, engineers, students and vendors from across the globe arrived in the historic city of Savannah, GA for AMIA 2014. The annual conference for The Association of Moving Image Archivists is a gathering of professionals who deal with the challenge of preserving motion picture film and videotape content for future generations. Since today is Halloween, I must also point out that Savannah is a really funky city that is haunted! The downtown area is filled with weeping willow trees, well-preserved 19th century architecture and creepy cemeteries dating back to the U.S. Civil and Revolutionary wars. Savannah is almost as scary as a library budget meeting.

Since many different cultural heritage institutions are digitizing their collections for preservation and online access, it’s beneficial to develop universal file standards and best practices. For example, organizations like NARA and FADGI have contributed to the universal adoption of the 8-bit uncompressed TIFF file format for (non-transmissive) still image preservation. Likewise, for audio digitization, 24-bit uncompressed WAV has been universally adopted as the preservation standard. In other words, when it comes to still image and audio digitization, everyone is driving down the same highway. However, at AMIA 2014, it was apparent there are still many different roads being taken in regards to moving image preservation, with some potential traffic jams ahead. Are you frightened yet? You should be!

Up until now, two file formats have been competing for dominance for moving image preservation: 10-bit uncompressed (.mov or .avi wrapper) vs. Motion JPEG2000 (MXF wrapper). The disadvantage of uncompressed has always been its enormous file size. Motion JPEG2000 incorporates lossless compression, which can reduce file sizes by 50%, but it’s expensive to implement, and has limited interoperability with most video software and players. At AMIA 2014, some were championing the use of a newer format, FFV1, a lossless codec that has compression ratios similar to JPEG2000, but is open source, and thus more widely adoptable. It is part of the FFmpeg software project. Adoption of FFV1 is growing, but many institutions are still heavily invested in 10-bit uncompressed or Motion JPEG2000. Which format will become the preservation standard, and which will become ghosts that haunt us forever?!?

Another emerging need is for content management systems that can store and provide public access to digitized video. The Hydra repository solution is being adopted by many institutions for managing preservation video files. In conjunction with Hydra, many are also adopting Avalon to provide public access for online viewing of video content. Like FFmpeg, both Hydra and Avalon are open source, which is part of their appeal. Others are building their own systems, catered specifically to their own needs, like The Museum of Modern Art. There are also competing metadata standards. For example, PBCore has been adopted by many public television stations, but is generally disliked by libraries. In fact, they find it really creepy!

Finally, there is the thorny issue of copyright. Once file formats are chosen and delivery systems are in place, methods must be implemented to control access by only those intended, to protect copyright and hinder piracy. The Avalon Media System enables rights and access control to video content via guest passwords. The Library of Congress works around some of these these issues another way, by setting up remote viewing rooms in Washington, DC, which are connected via fiber-optic cable to their Audio-Visual Conservation Center in Culpeper, Va. Others, with more limited budgets, like Dino Everett at USC Cinematic Arts, watermark their video, upload it to sites like Vimeo, and implement temporary password protection, canceling the passwords manually after a few weeks. I mean, is there anything more frightening than a copyright lawsuit? Happy Halloween!